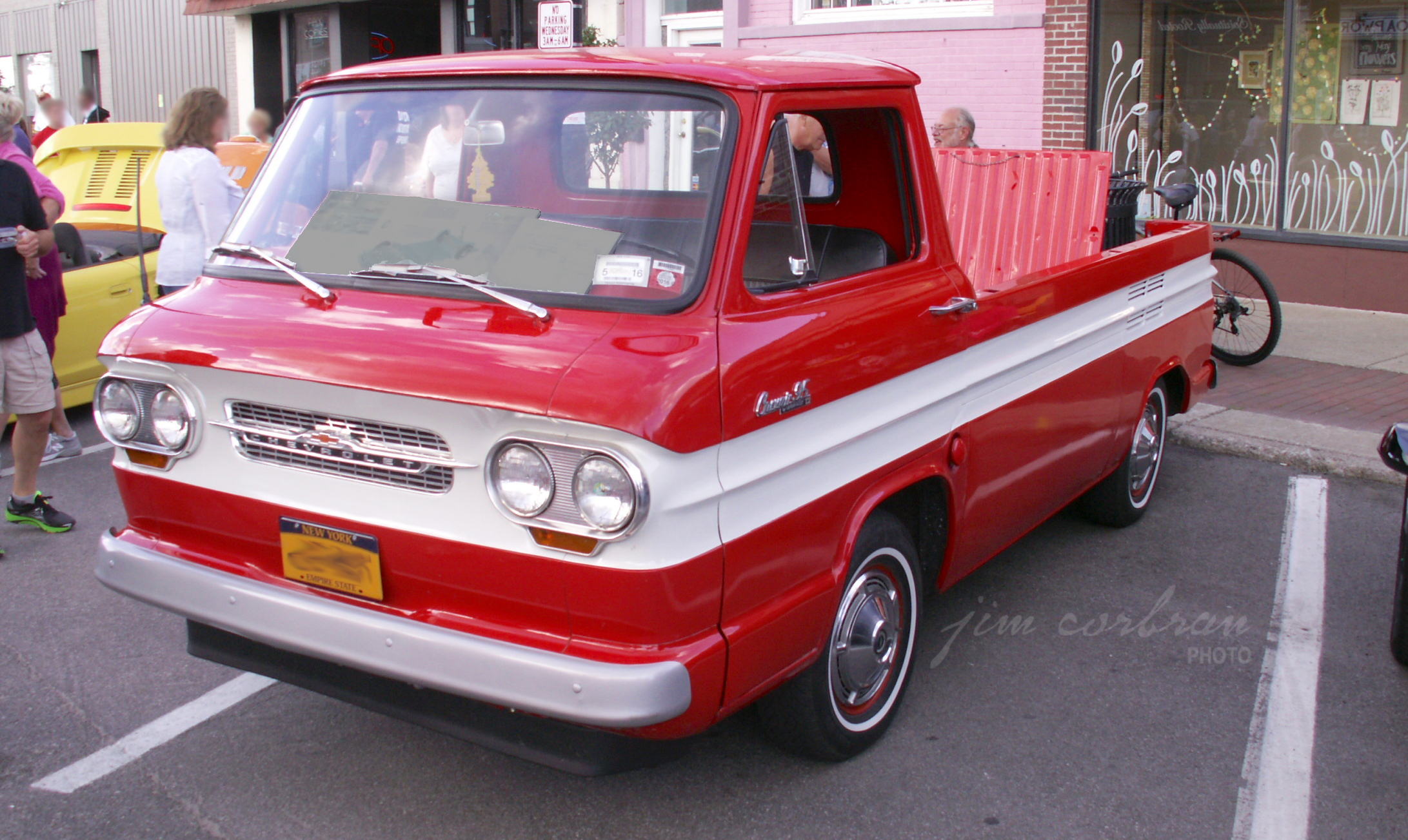 I don’t imagine that when most people hear the word “Corvair” they think “pick-up truck.” But here it is, the 1963 Corvair 95 Rampside. Based on the Greenbrier van, the Rampside has a rear-mounted engine, in this case under the pick-up bed. A nifty built-in ramp door (below) on the passenger side eases loading into the cargo hold. As Chevy points out, “…with the floor of the deep cargo well only 16-1/4 inches off the ground, the ramp forms an easy slope when lowered, especially at curbside.” With the engine under the rear part of the floor, the 95 ends up with a two-tiered bed floor, with the front half low to the ground and the rear half rather high to clear the engine bay. But Chevy did offer an optional “level load floor,” bringing the front half up even with the rear, which created a “protected storage area” under the front portion of the floor. We saw this red example a few years ago at a car show held during the annual Canal Fest in Tonawanda. 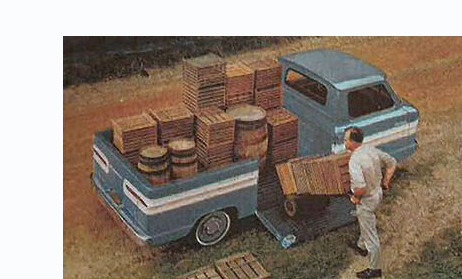