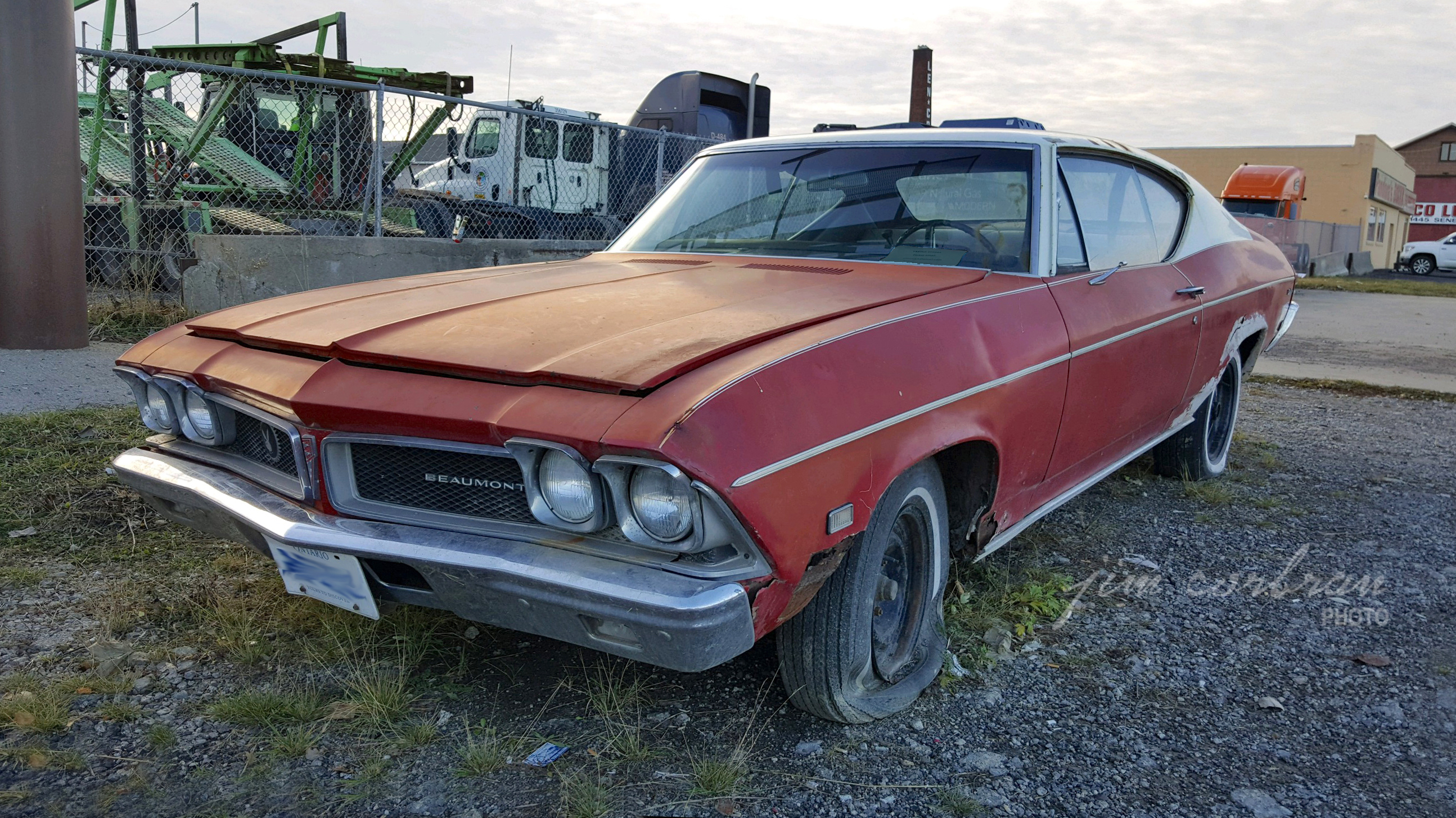 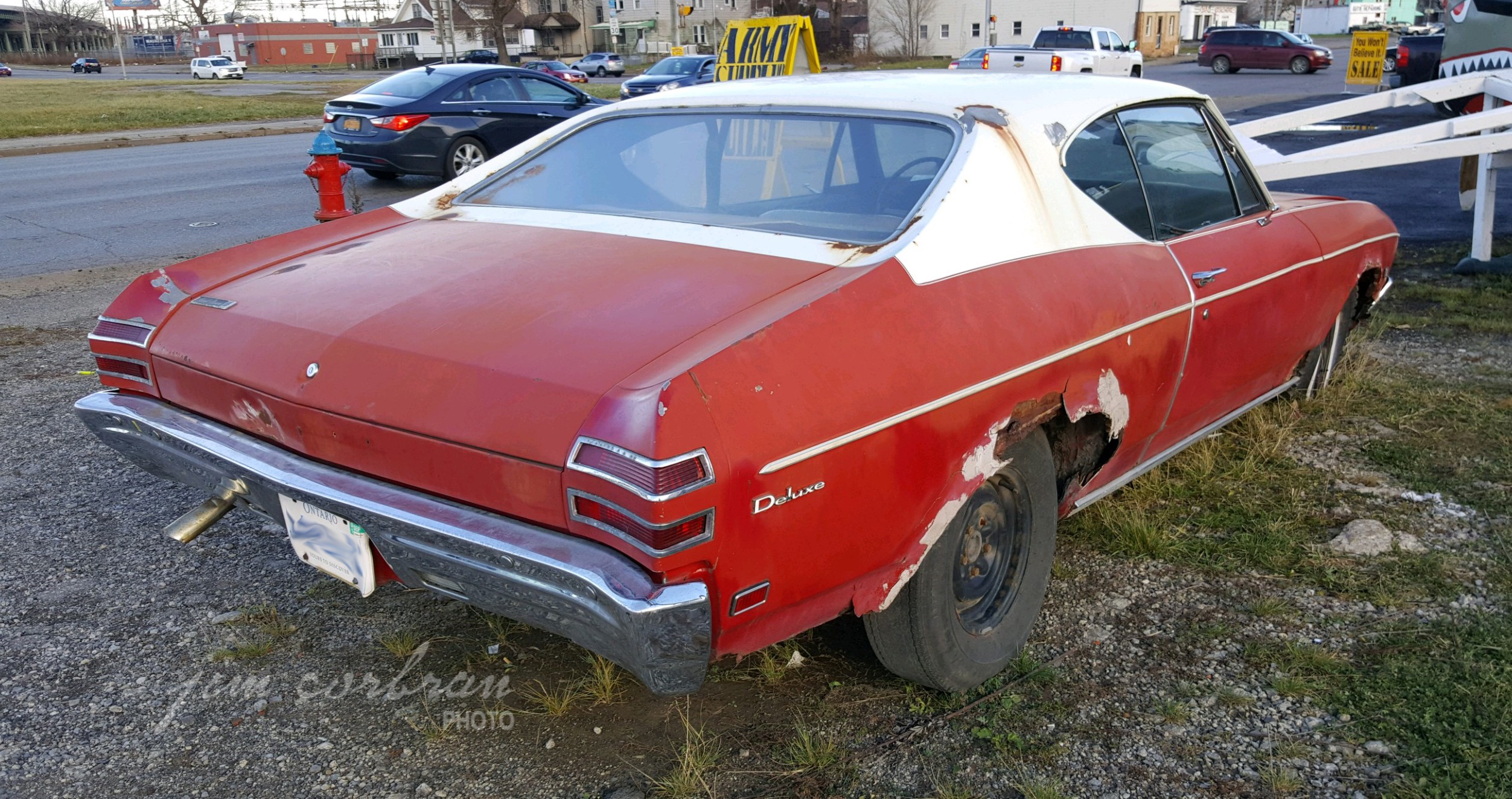 Day 1 of “Not A Trailer Queen Week"

This 1968 Beaumont Deluxe was seen For Sale last week in South Buffalo (sign in the window said it’s a ’64, lol…). How unusual is it to see one of these Canadian-only cars south of the border (or anywhere these days for that matter)? This one looks like it needs a little work; but the good news is (at least on the exterior) most of the Beaumont-specific parts seem to be intact — namely the grille and taillights. The missing wheel covers would be almost identical to those from a ’68 Pontiac Tempest; the rest of the body parts are pretty much straight off a Chevelle, and shouldn’t be too hard to come by. This one looks like it was bought years ago at Grant Brown Pontiac Buick Cadillac in Weston, Ontario (now part of Toronto).