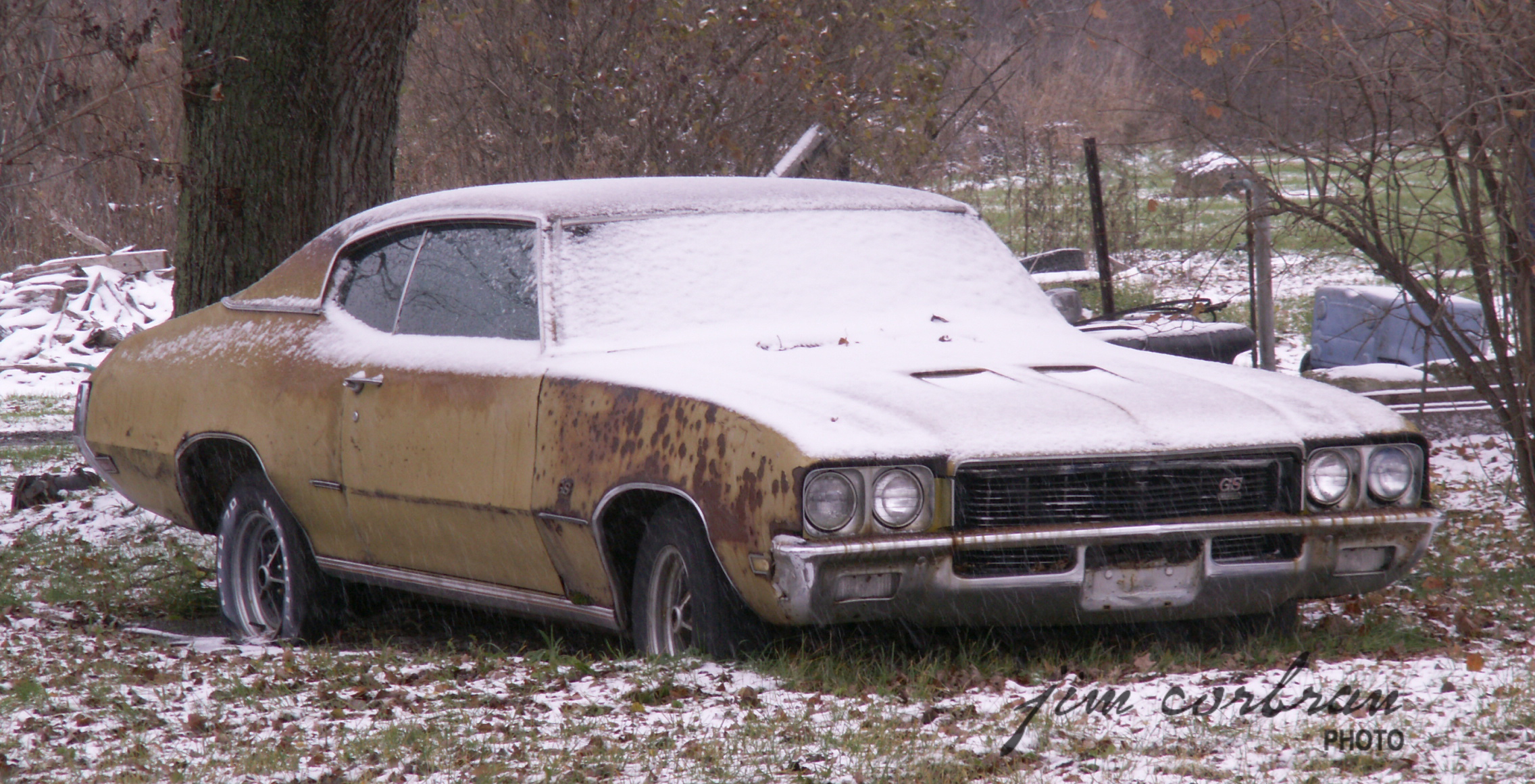 Day 2 of “Not A Trailer Queen Week"


A little sandpaper and a lot of elbow grease should bring this 1972 Buick Skylark GS back to life. Okay a lot of sandpaper. And a snow brush. Oh, and don’t forget the tow truck (or a good shovel and about seven friends with strong backs!). Lol… This would be the final year for the Skylark as Buick’s entry in the mid-size field; for 1973 the Colonnade-styled Century, Luxus, and Regal would take over in that category. The Skylark name (which originated as a snazzy 1953 convertible) would again be revived a couple of times: in 1975 when it became part of the Chevy Nova-derived Apollo lineup; and in 1981 when it was tacked-on to Buick’s entry in GM’s field of X-Cars. This gold ’72 was seen a few winters ago in Lockport.