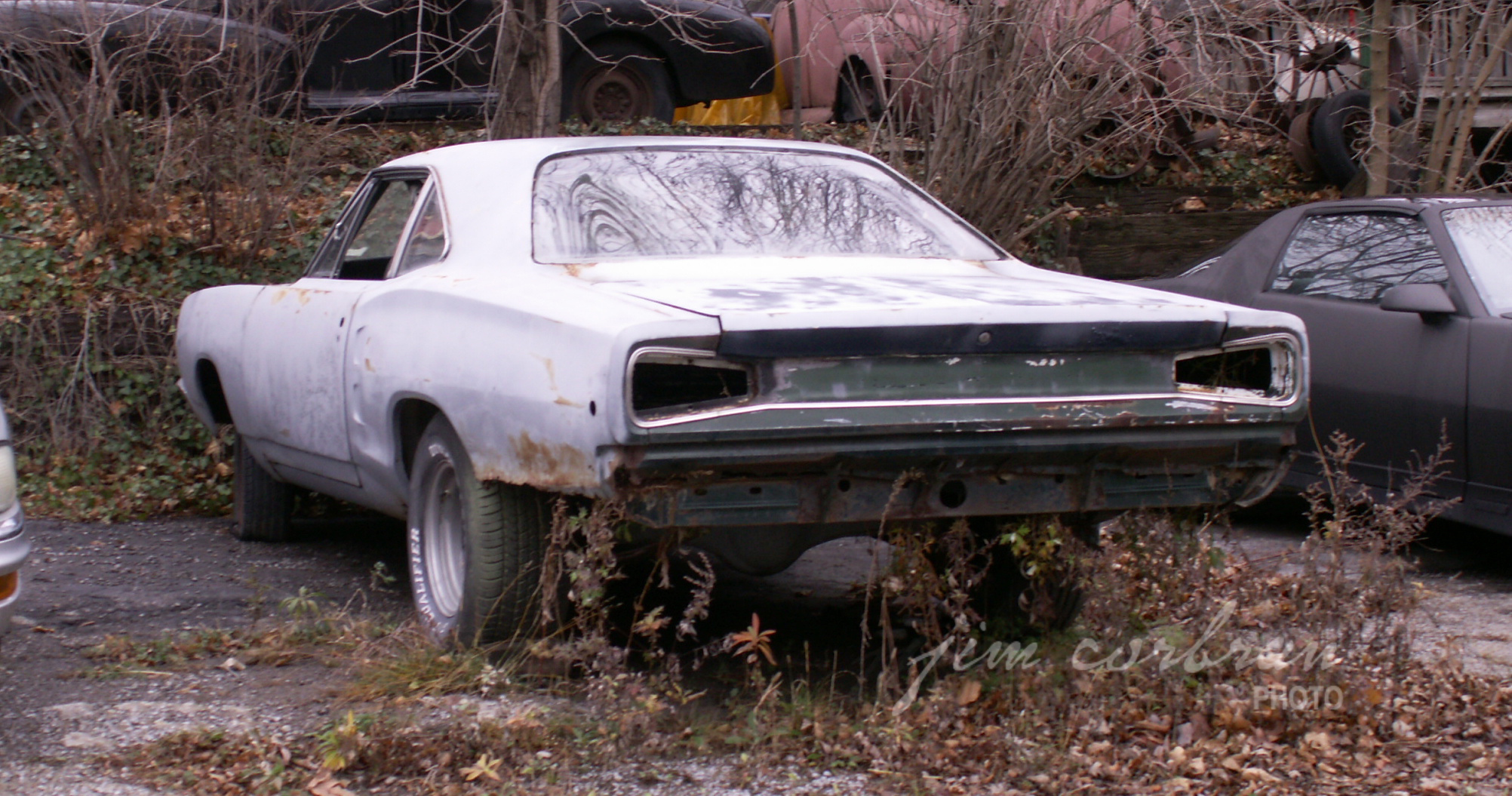 Day 3 of “Not A Trailer Queen Week"

This 1968 Dodge Coronet two-door is either the entry-level Deluxe sedan, or the (somewhat) understated hot rod Super Bee (like the one in the brochure art below), cousin to Plymouth’s Road Runner. If it’s not a Super Bee, one look at those rear tires might certainly suggest that it’s trying to become one. The base Coronet of course came standard with Chrysler’s 225cid Slant Six engine (145 hp), while the Super Bee (introduced later in the model year) had a 4-bbl 383 V8 under the hood, rated at 335 hp. Quite a difference. We should take a drive back and see if this Coronet’s still where we saw it parked at a Blasdell garage a few years ago.