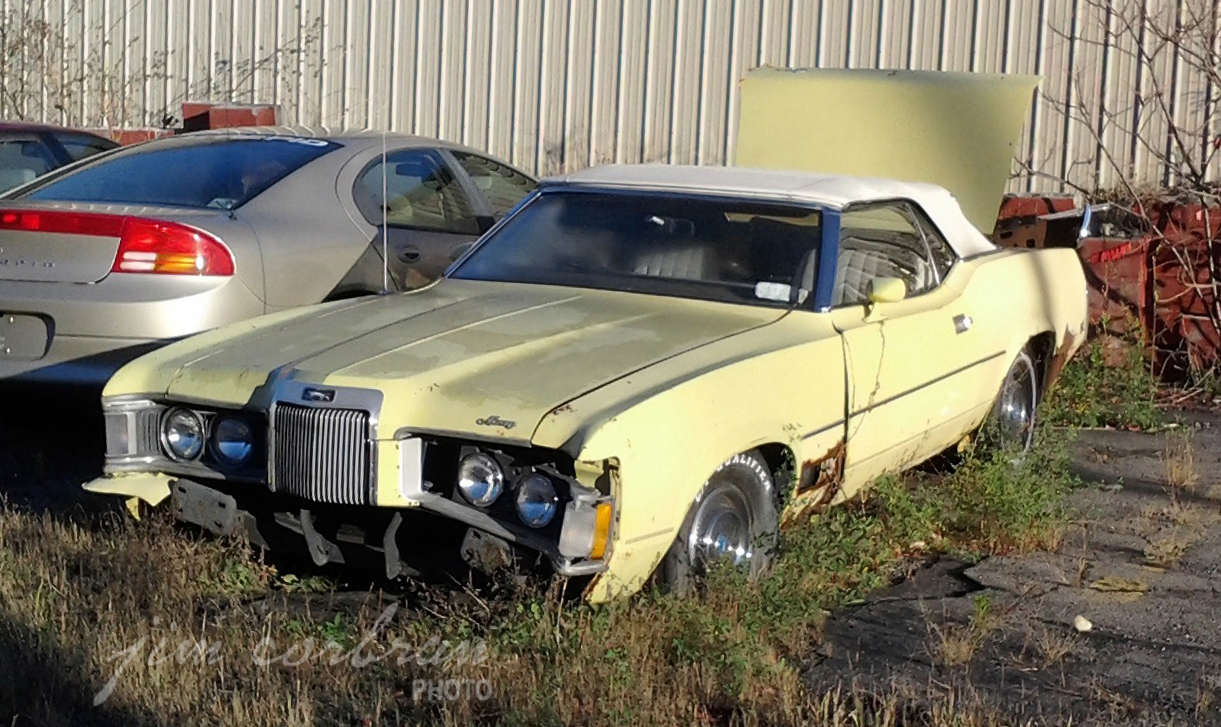 Day 4 of “Not A Trailer Queen Week"

This 1973 Mercury Cougar is one of only 4,449 convertibles made that year, which includes both the base Cougar and the Cougar XR-7. This one was spotted in a field in Niagara Falls a number of years ago, missing a few parts for sure, but still far from being a basket case. This would be the final year for the pony car version of the Cougar, as for 1974 the it would move up (as the Cougar XR-7) to the mid-size platform as Mercury’s version of the Ford Elite. For 1977 the XR-7 would move up a notch again to take a spot as Mercury’s version of Ford’s Thunderbird, which would last through MY 1997. Somewhere in there (1981-82), Cougars were also built as sedans and station wagons — almost identical cousins to Ford’s second-gen Fairmont. Confused yet? The Cougar name would be revived again in 1999 for a front drive two-door coupe (also sold overseas as a Ford-branded car) which shared a platform through MY 2002 with Mazda’s MX-6. And that, would be that!