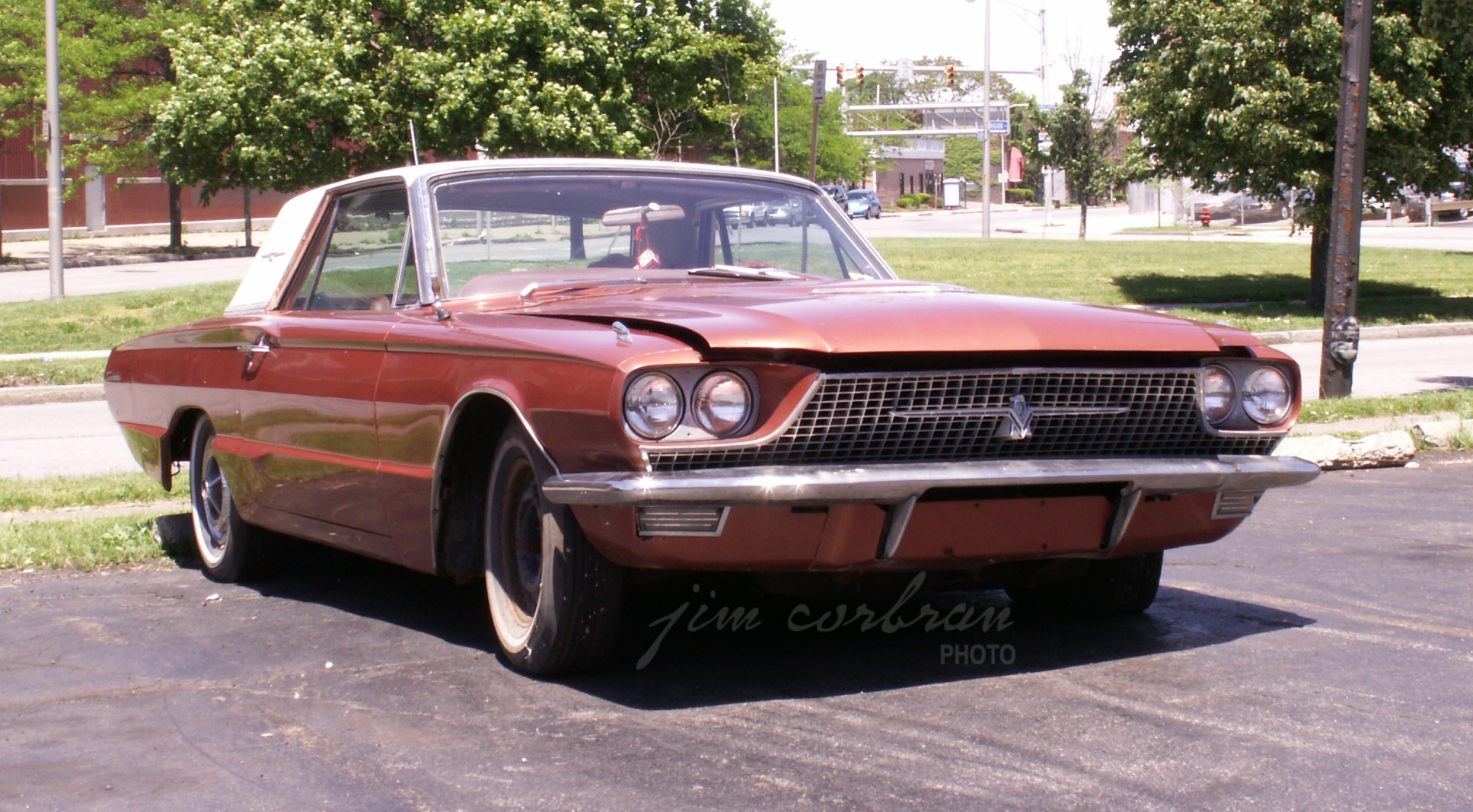 Day 5 of “Not A Trailer Queen Week”

This 1966 Ford Thunderbird hardtop, seen parked a few years ago on the Lower West Side of Buffalo, isn’t nearly as forlorn as most of what you see parked sans plates. This one even still has a right rear wheel cover! The Thunderbird was available in four distinct models in this, its final year for the gen-4 body style: this Hardtop, as well as Town Hardtop (below), Town Landau, and convertible versions. The two Town models had a much more formal roofline with no rear quarter windows. I don’t imagine that many claustrophobics were happy to ride in the back seat of either of those! The hardtop was the T-Bird’s price leader, with a starting MSRP of $4,395.42. Yes, and 42¢ — Ford’s bean counters weren’t leaving any money on the table. Some popular T-Bird options were: A/C ($412.90); AM Radio/Stereo-Sonic Tape System ($127.56); and two-tone paint ($25.07). Those prices kill me, Lol!