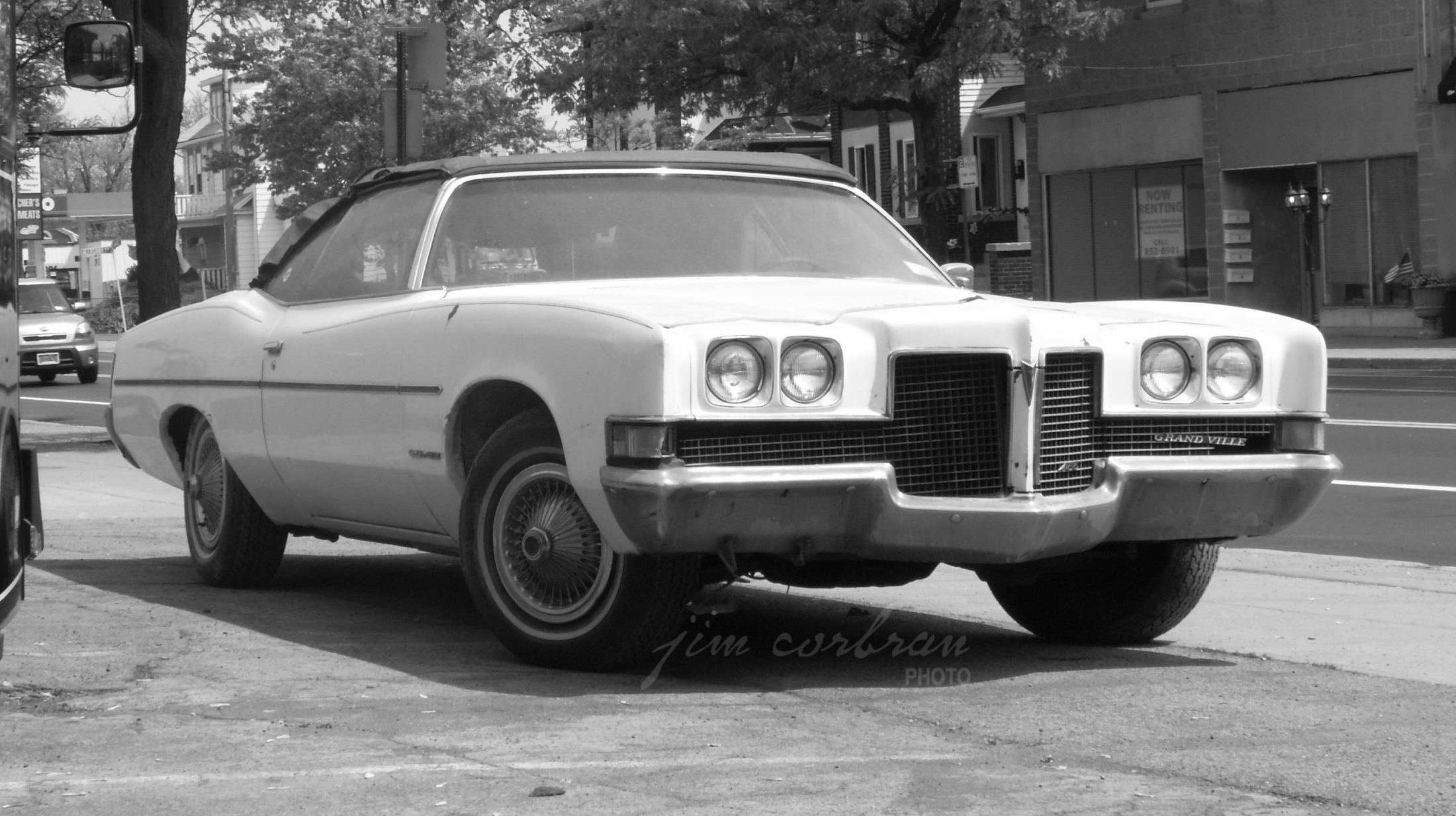 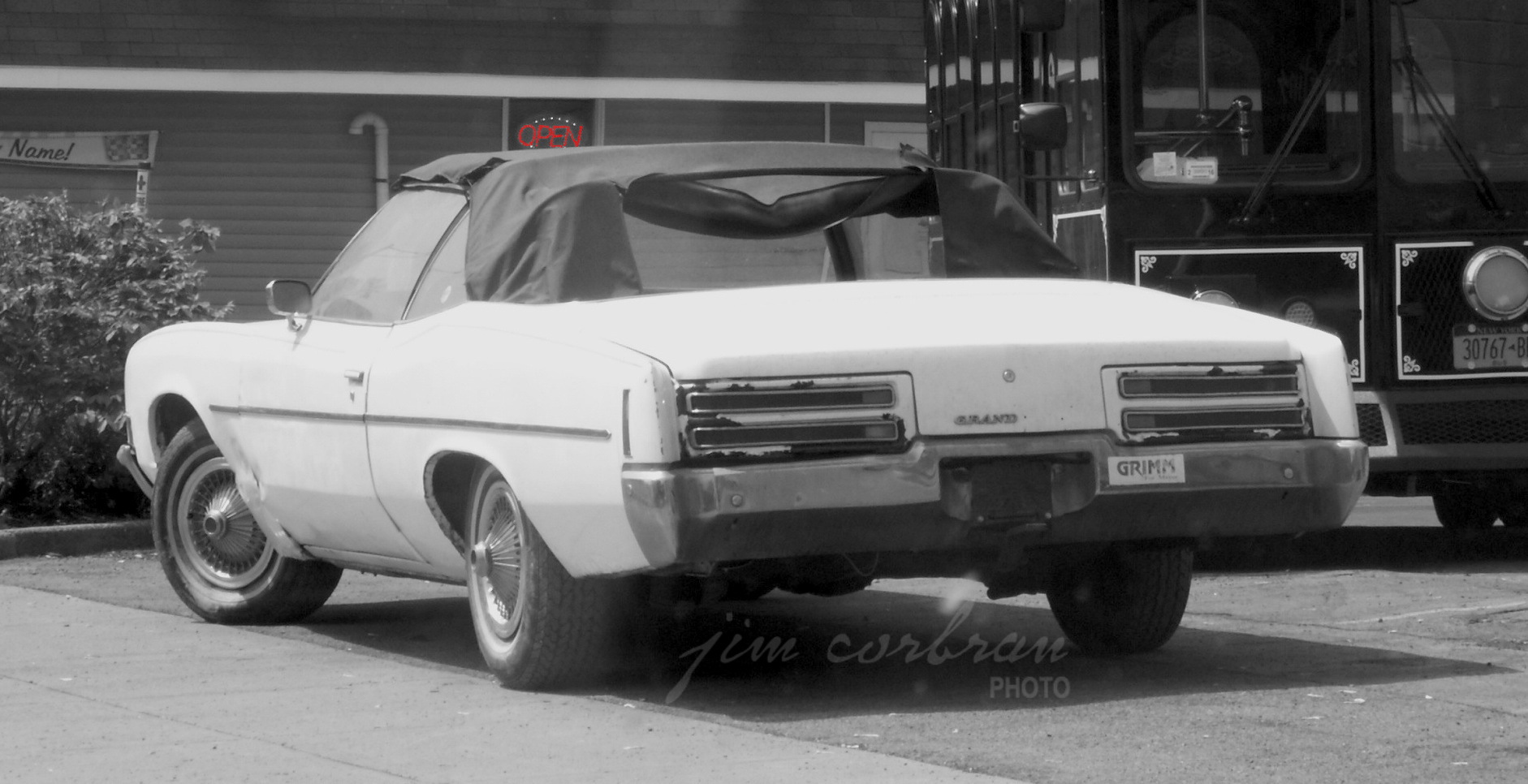 Day 7 of “Not A Trailer Queen Week"


It was touted as “…a new car—unlike any Pontiac that’s ever come before it.” Not sure if they hit the nail on the head with that, but it was a new model — the Pontiac Grand Ville for 1971. “A completely new Pontiac that never existed before.” Whoa, Pontiac. Reign it in a bit! From a block away — maybe even half-a-block — it doesn’t look any different than the Bonneville which it replaced at the top of the full-sized Pontiac heap. And this particular one I have to hope was ironically parked by its owner so that the “OPEN” sign on the building next door would appear just above that ripped convertible top. The “GRIMM” bumper sticker on the back is also a nice touch. Up front it looks a bit cockeyed, but most of the pieces still seem to be there. We came across this black & white GV two or three summers ago in Kenmore.