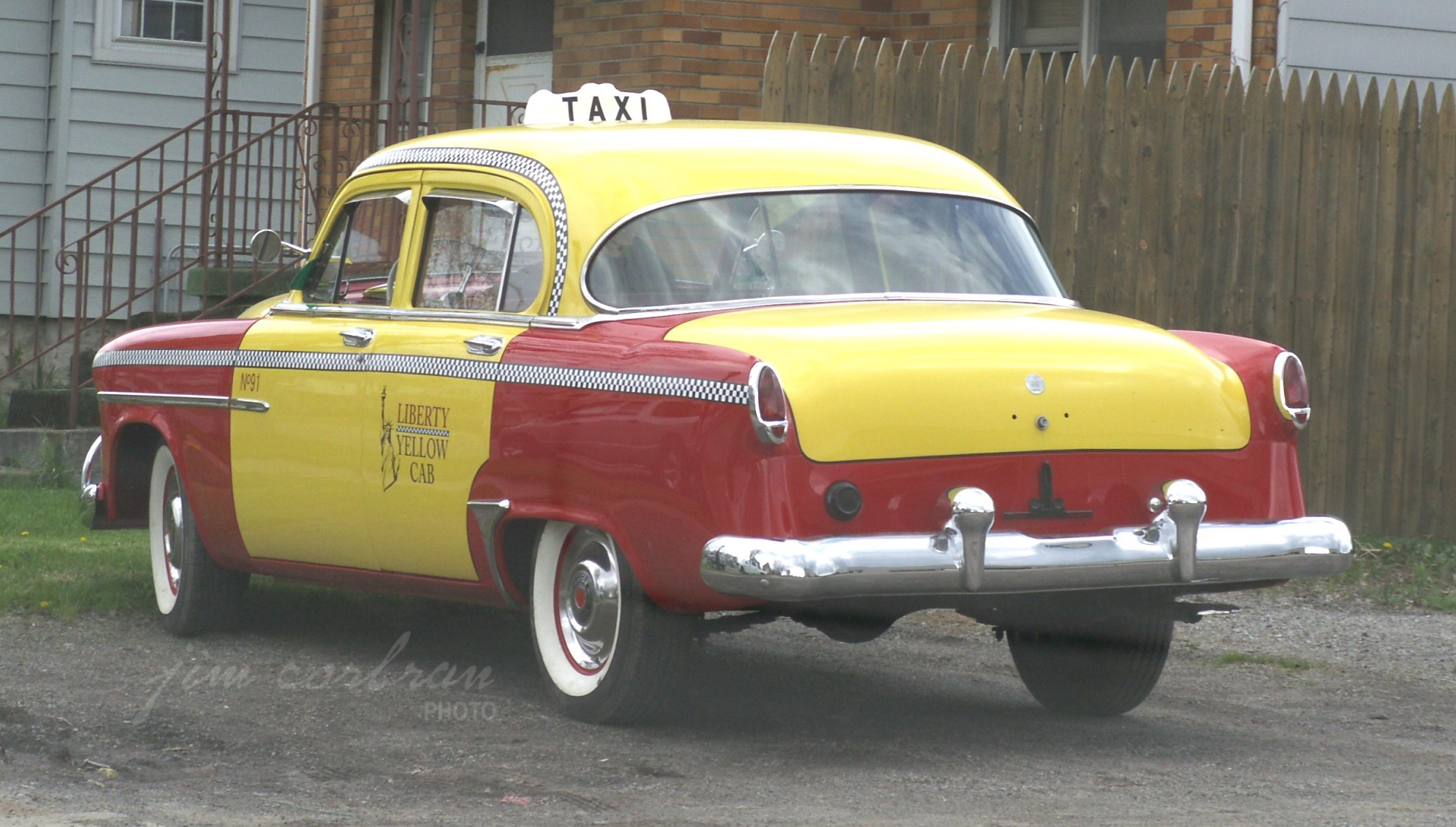 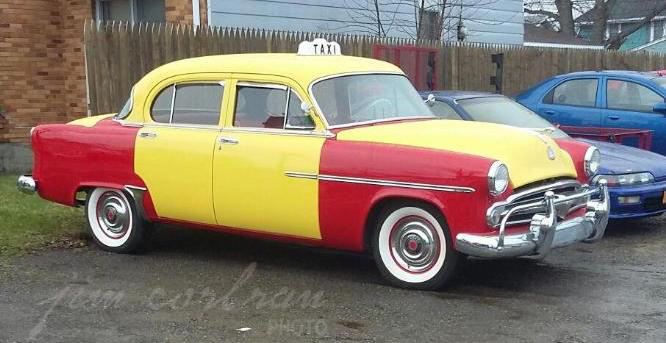 We first came upon this 1954 Dodge Meadowbrook a number of years ago in Kenmore, and we featured it on another blog we used to do for another newspaper. At that time it was sporting the green and yellow livery of Bedford Taxi (bottom of page), a company which may or may not have been in North Carolina. We say that because we found an original ad for the car from back in the day on 2040-cars.com (which you can see here), where it was listed for sale in a town called Boone. (it was also listed at the time on eBay.) Well… a couple of years ago we ran across this same car (we’re pretty sure), repainted red and yellow and now sporting Liberty/Yellow Cab logos on the front doors (also found it in the background of a photo while digging around on Liberty’s website). It certainly looks to be in pretty good shape; the 2040 ad said it had only 48,000 miles on it at the time, with a rebuilt six-cylinder engine and new tires & brakes. I wonder if I could hail it for a ride? 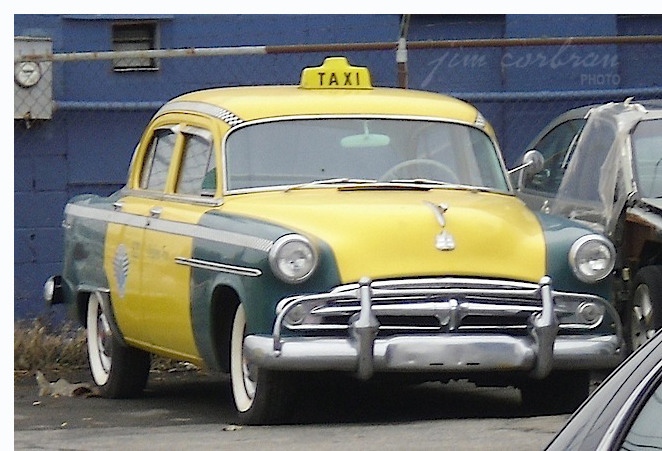