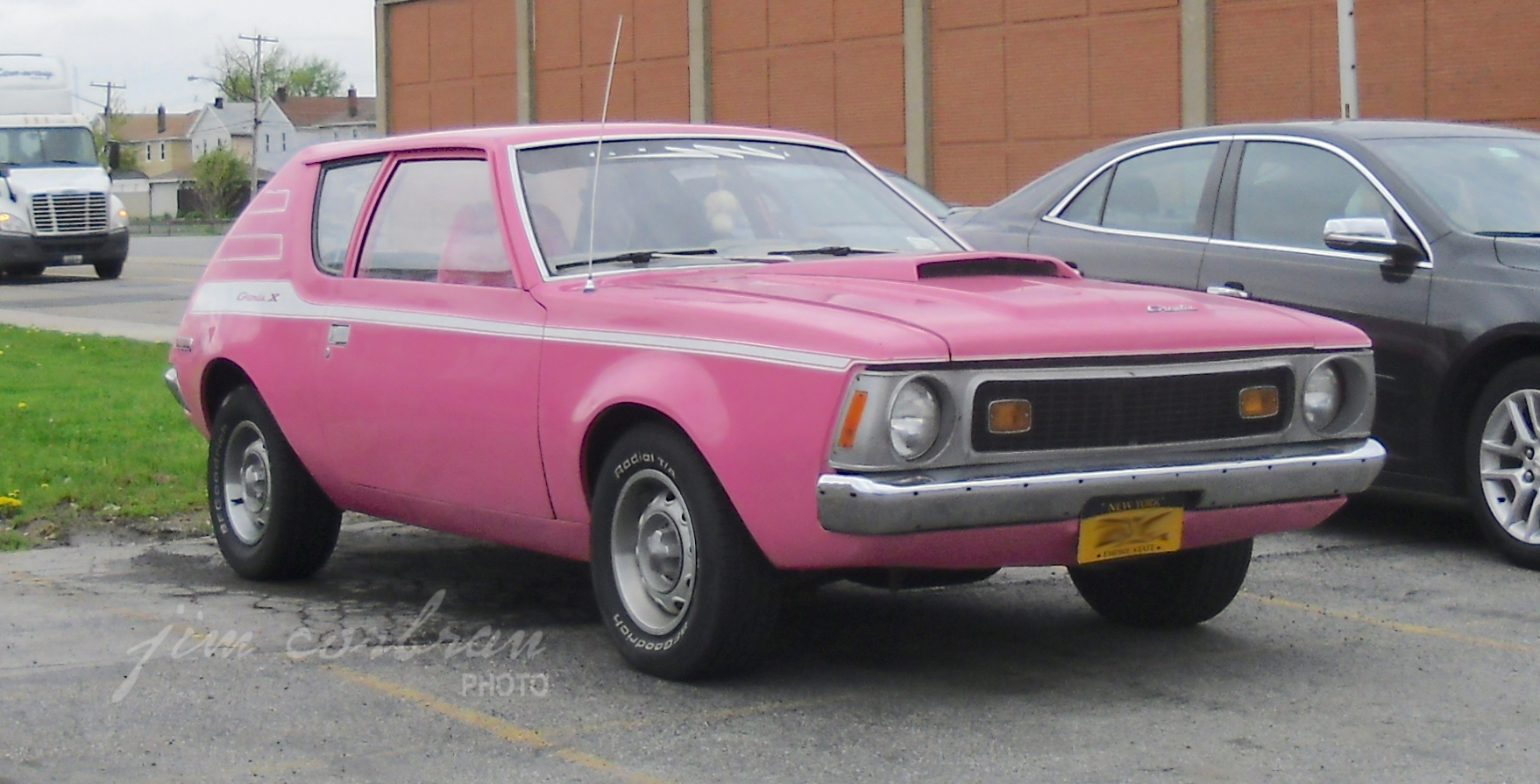 Another blast from the past is this 1971 AMC Gremlin X, which we saw nine years ago in a North Buffalo parking lot. Introduced (some would say ironically) on April 1, 1970, American Motors called it “…the first American car to break through the subcompact barrier.” One reason AMC was early to the game is because it was much quicker to make a smaller car by cutting the back half off a Hornet than it was to engineer a whole new car like Ford & GM did with the Pinto and Vega. Today’s RealRide is the more upscale X model, which included: body tape stripes, color-coordinated grille (missing on this car), slot-style wheels, D70x14 tires, spacesaver spare, bucket seats with custom interior trim, and engine-turned instrument cluster trim. No, the Pepto-Bismol paint was not a standard 1971 AMC color (nor was the hood scoop AMC fare). See the actual paint choices below. 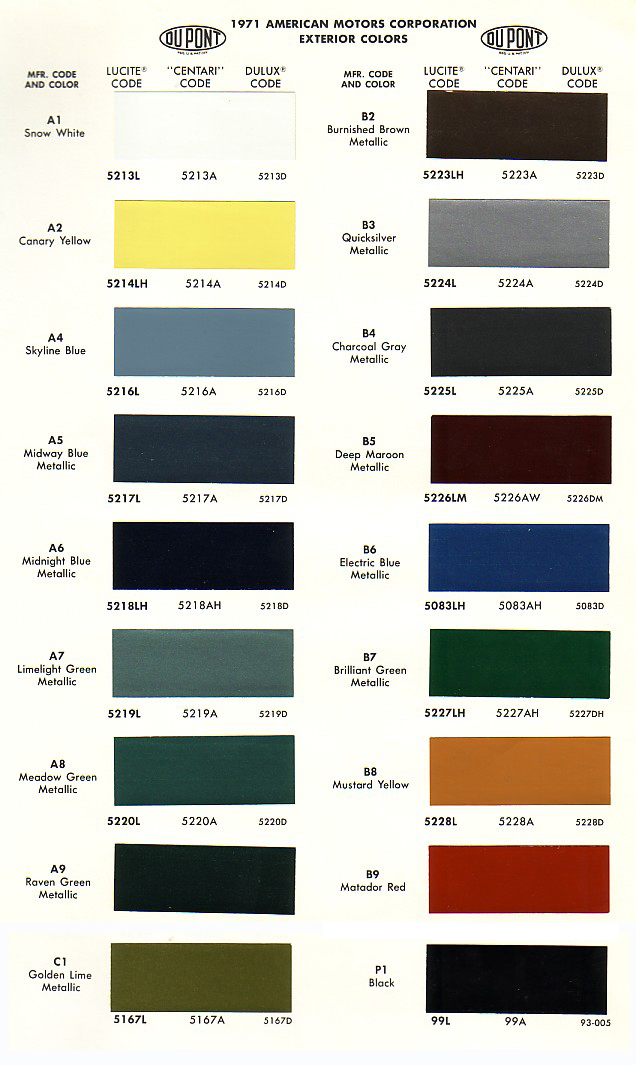