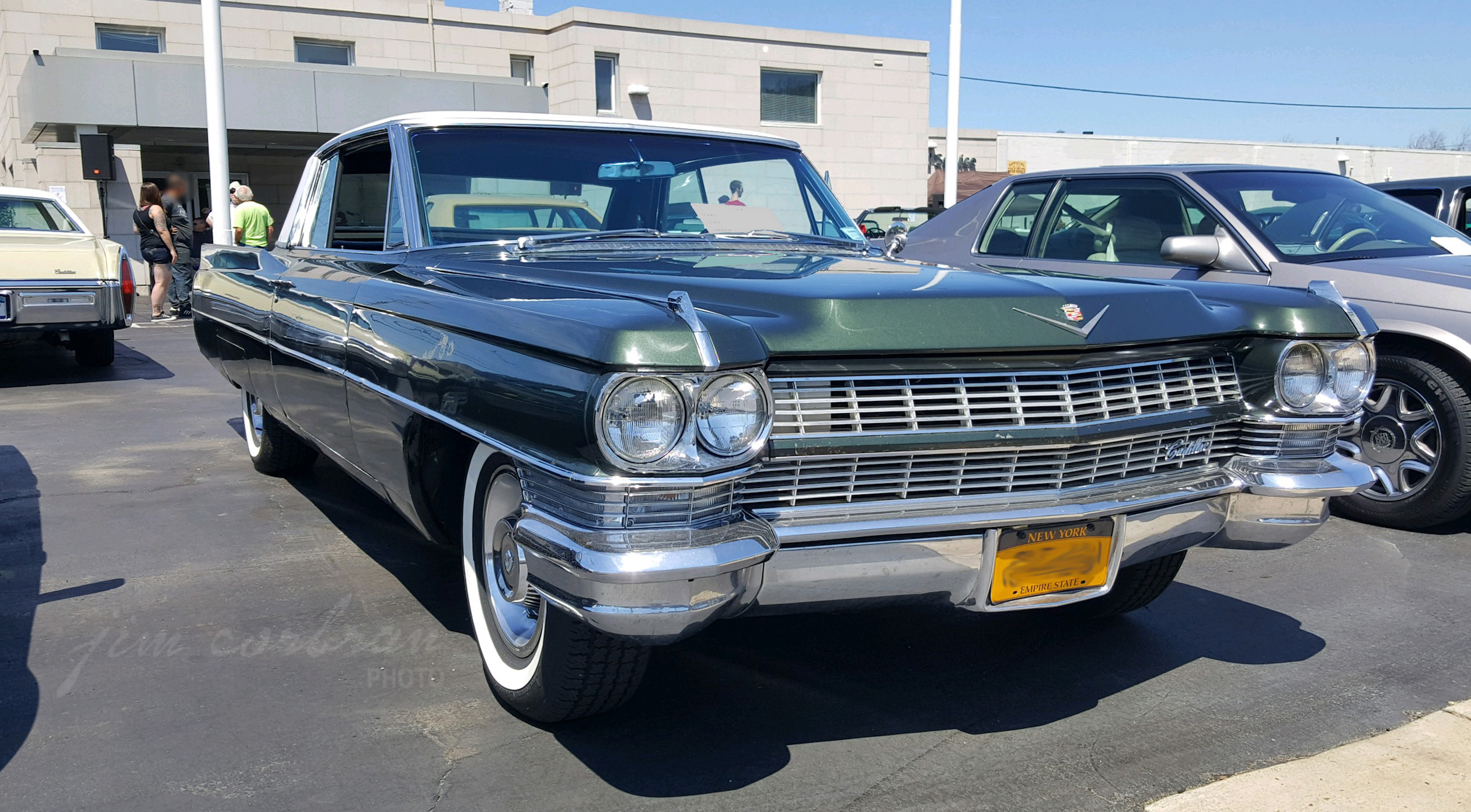 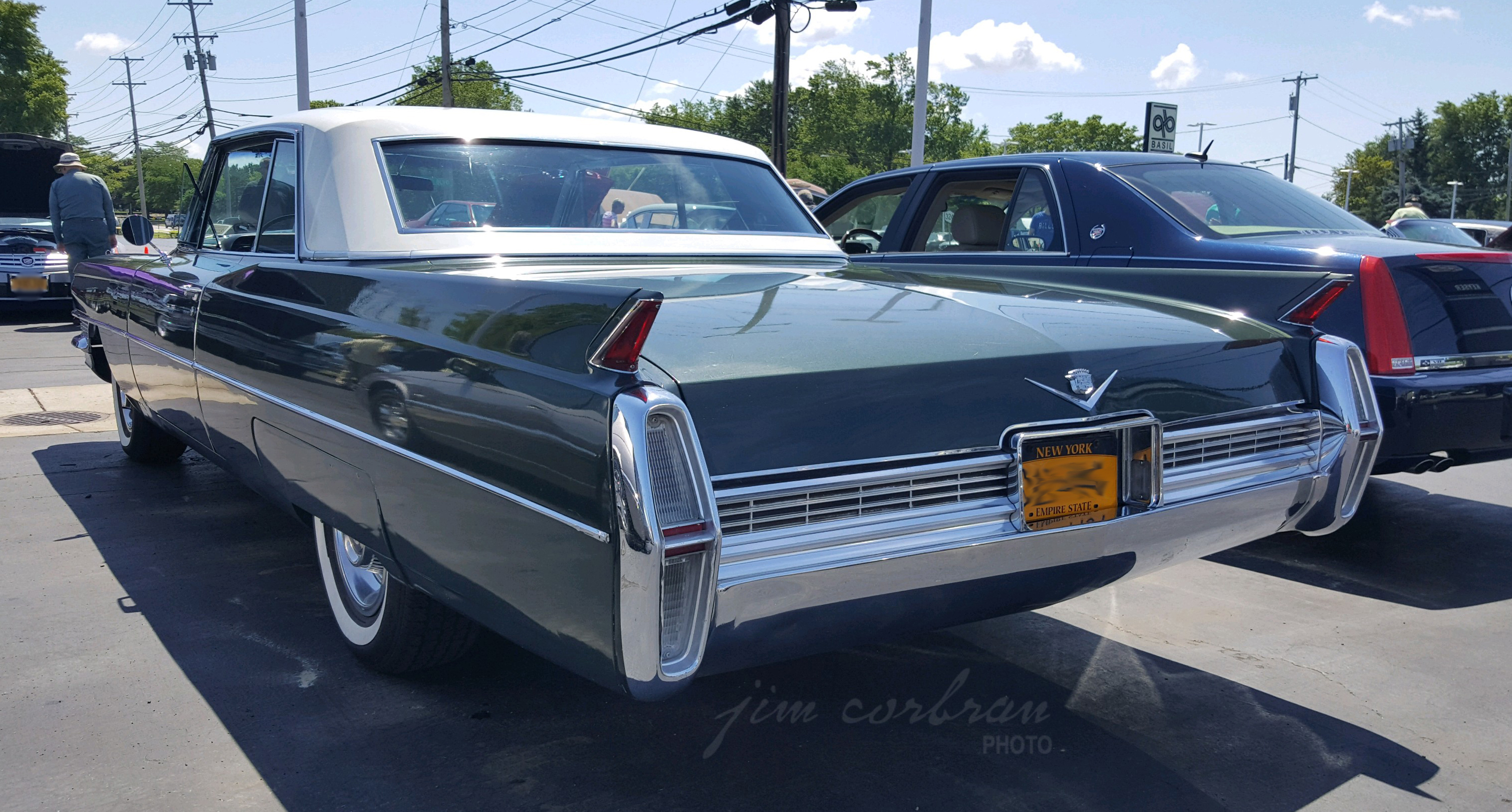 The brochure told us this 1964 Cadillac was a member of “The Youthful Sixty-Two Series.” I’m not sure what made the Sixty-Two more youthful than say, “The Brilliant DeVille Series,” or “The Impeccable Fleetwood Series,” but hey, what do I know? We’re only guessing that this coupe, seen last summer at the WNY Cadillac & LaSalle owners club show at Keyser Cadillac in Williamsville, presents in Aspen White over Nile Green Poly; but we know it features “…tail, stop, directional and back-up lamps [which] are coordinated in the sweeping rear styling motif that is so typically and dramatically Cadillac.” Yes, the tailfins are still there, but were by this time retreating back down into the fender tops. Cadillac, pretty much the inventor of the fin, seemed loathe to just lop them off all at once, no matter what the rest of the industry was doing.