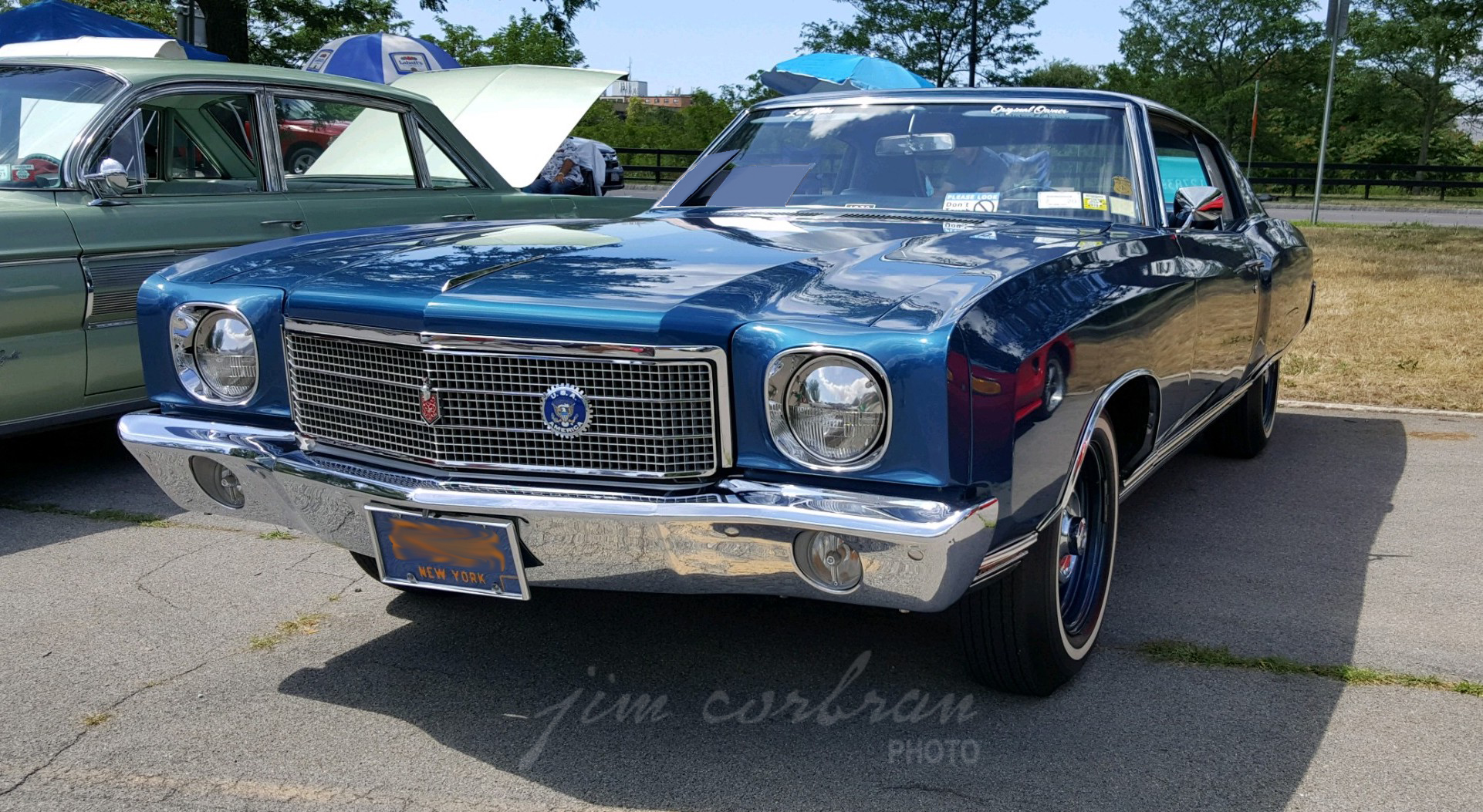 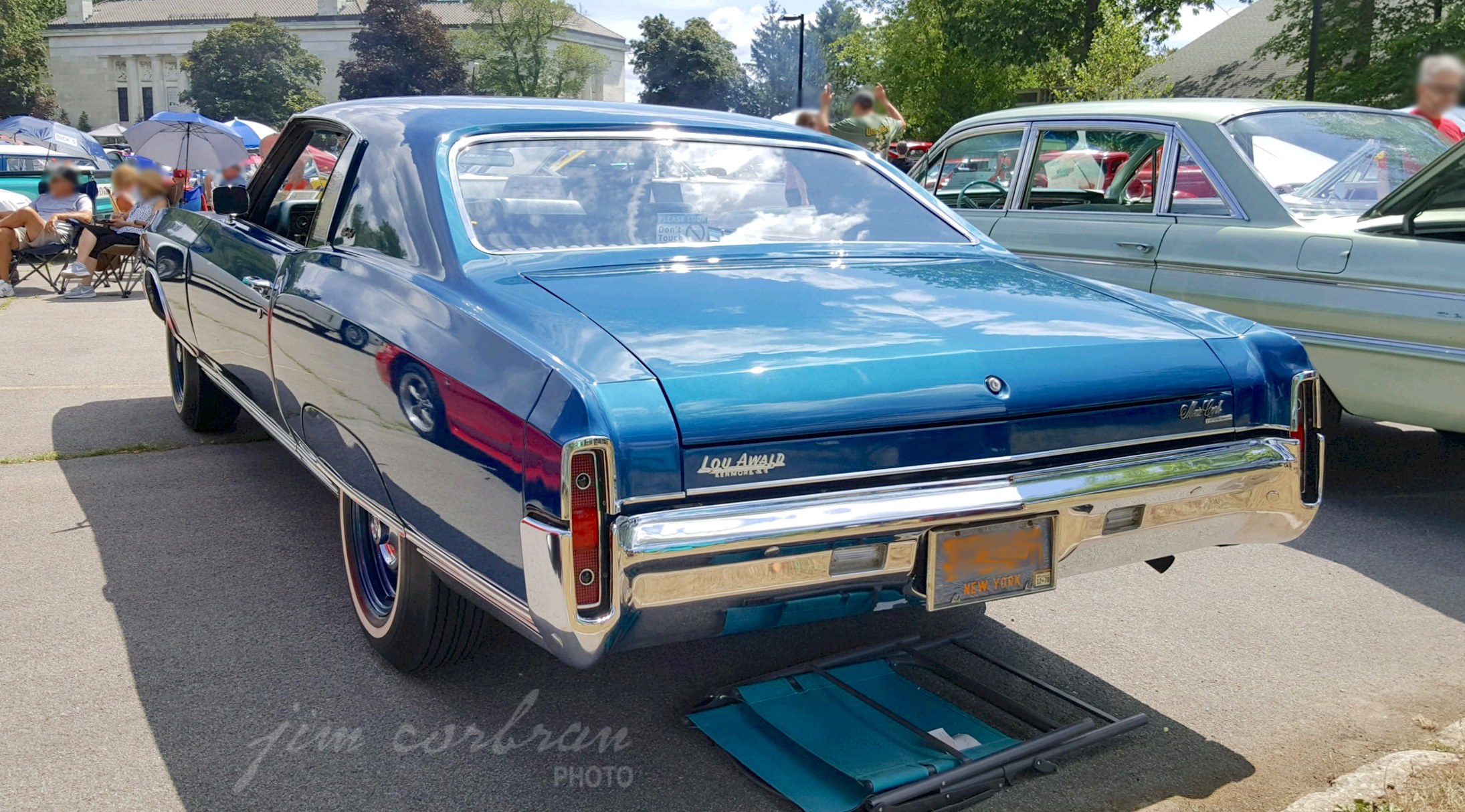 This 1970 Chevrolet Monte Carlo was photographed in Buffalo at the most recent Buffalo History Museum Car Show over the summer. Paperwork accompanying the car indicated that it’s still owned by the guy who bought it new at Lou Awald Chevrolet in Kenmore from salesman Duane Paddock. Yes, that Duane Paddock, who today owns the place (now called Paddock Chevrolet). The 1970 Monte was the first of its kind, and it was an immediate hit. The personal luxury coupe was a genre which has been around for a while (Studebaker Hawk GT… Buick Riviera… and then of course the newly designed Pontiac Grand Prix of 1969, which really got the ball rolling). In one ad, Chevy called the Momte Carlo “Solid gentlemanly comfort without bombast. Sailplane silence.” Perhaps women weren’t buying many cars in 1970. Or at the very least, were being mostly ignored by advertisers. They also told us it had an instrument panel “…with the rare look of hand-rubbed burled elm.” Yes, the look, not the actual burled elm, as we learned in the brochure that it was “…a vinyl reproduction of burled-elm French veneer.” Good enough though, to impress almost 146,000 buyers that first year. 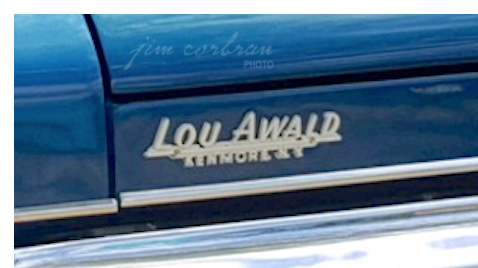