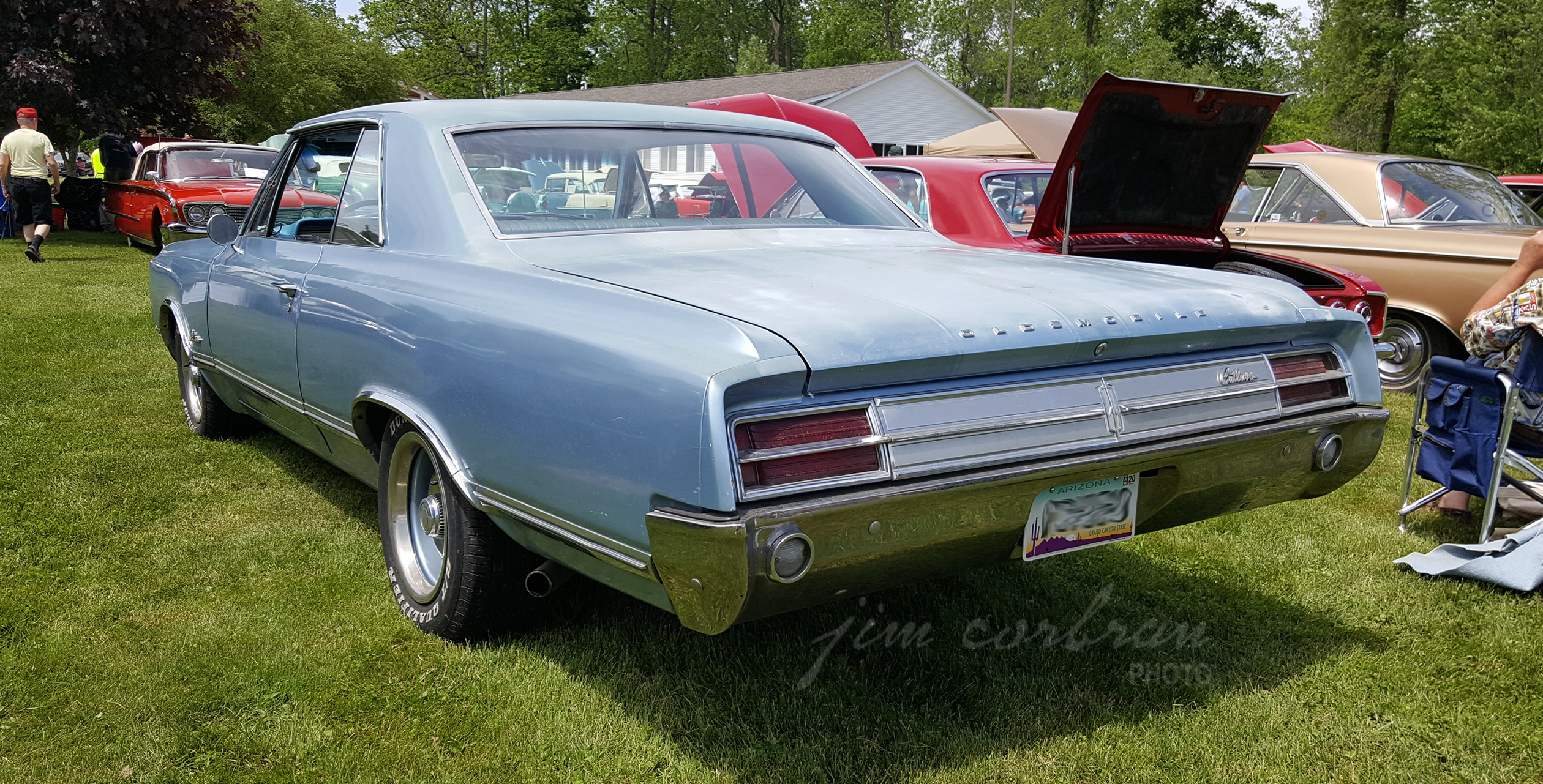 
This 1965 Oldsmobile Cutlass is one of those mid-sixties’ GM intermediates which you seldom see anymore. Most of them that you do see seem to have the 4-4-2 option package. Yes, it was still an option package in 1965 (400cid V8, 4-bbl carburetor, twin exhausts, redline tires, and heavy-duty suspension), and as Olds told us in the brochure, “This swinging performance package is available on any F-85 V-8 coupe or convertible.” In case you weren’t around back then, all ’65 Olds intermediates were F-85s: the base model (bottom of page), the F-85 Deluxe, and the F-85 Cutlass. Also, all of Olds’ wagons for 1965 were based on the F-85 series: base and Deluxe, and Vista Cruiser and Custom Vista Cruiser. The F-85 (other than the 4-4-2 cars) came with either a 225cid straight six or 330cid V8. Today’s RealRide was seen last summer at the Antique Automobile Club of America Car Show in Elma.