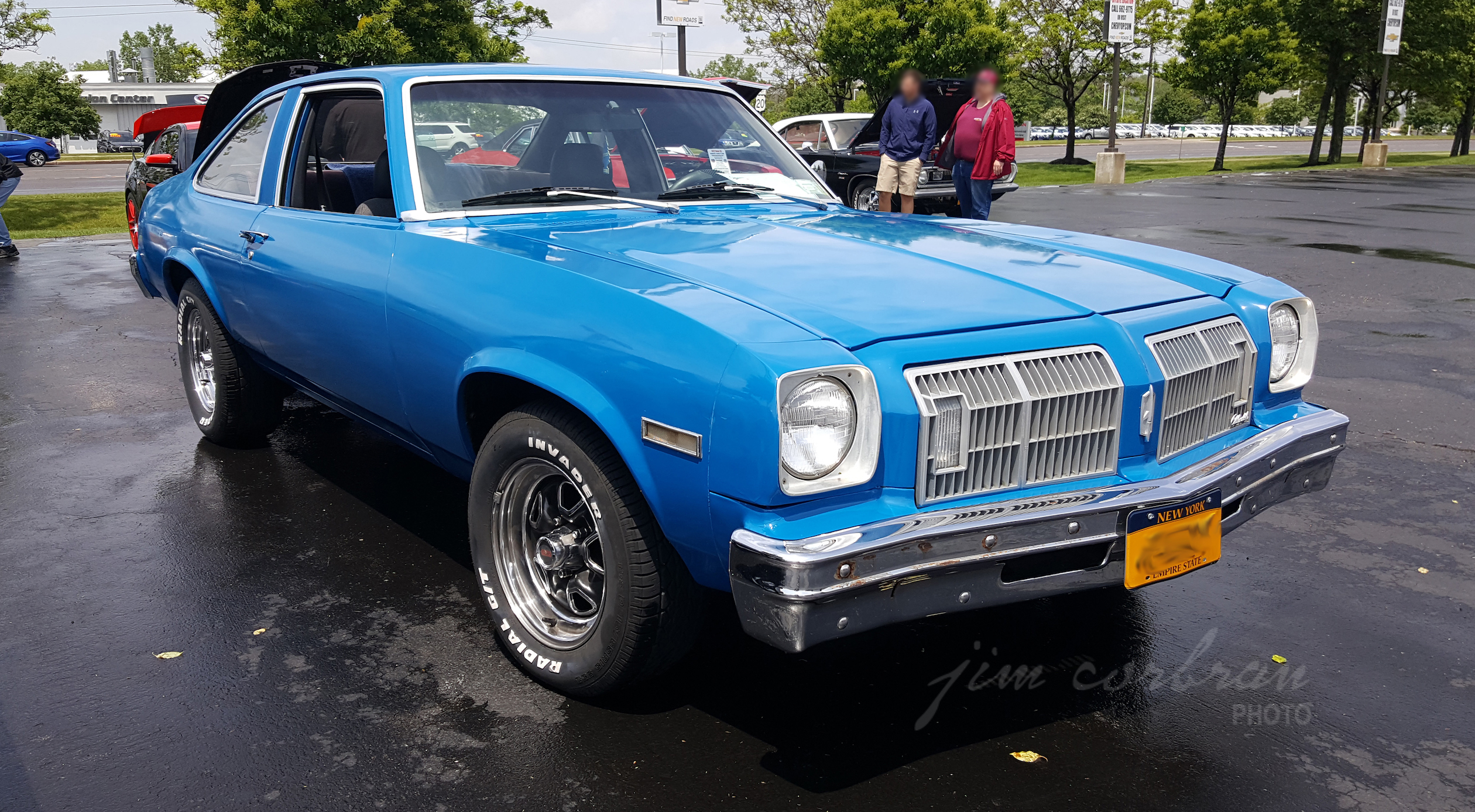 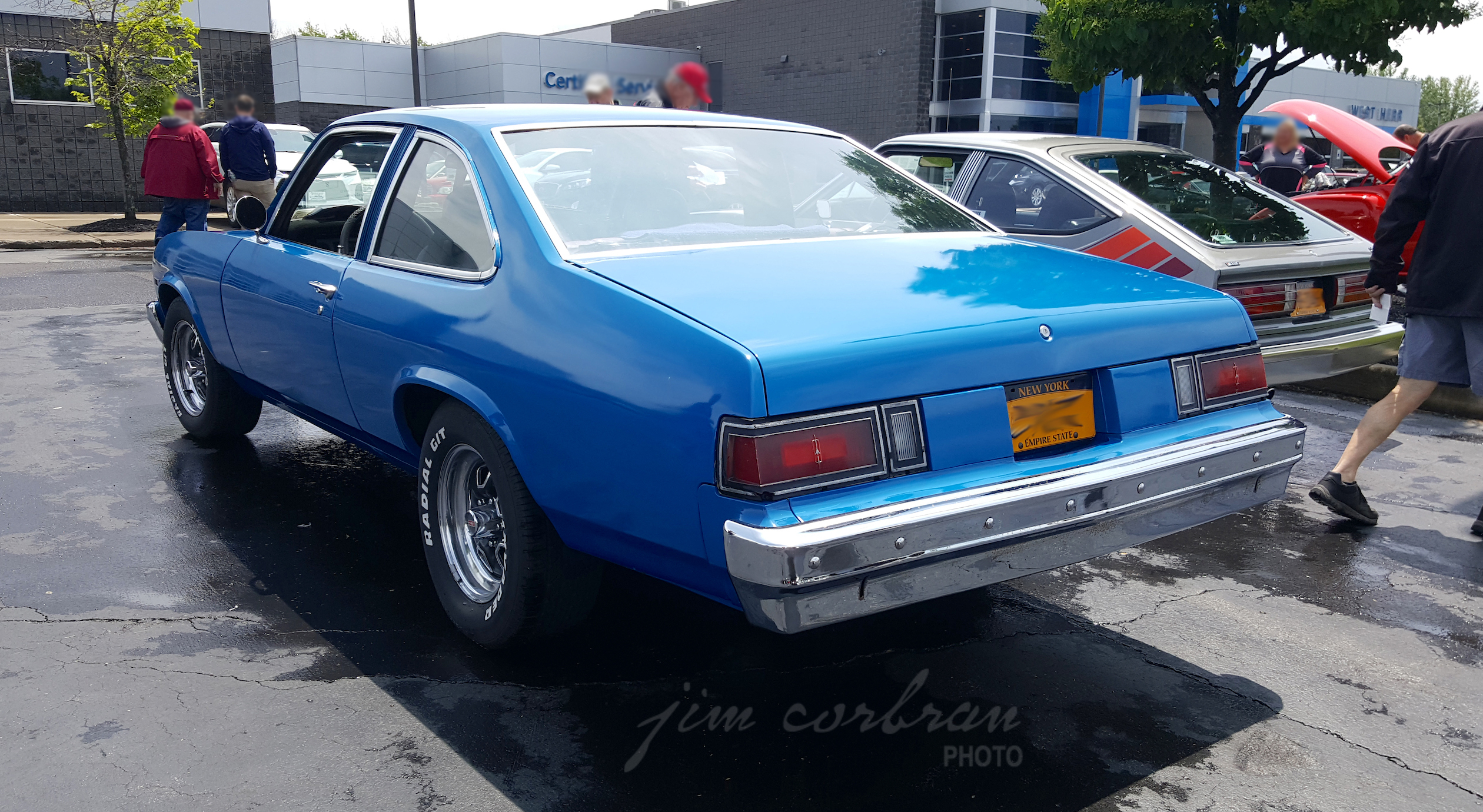 The 1975 Oldsmobile Omega was “A lot of little Olds” as the folks from Lansing told us in their advertising. Although it was only a very thinly disguised Chevy Nova, it did have some distinctive Olds touches: its front end looked a lot like the supremely popular Cutlass (see what we did there?), right down to the swingaway grille (below), which moved back on minor impacts. The rear treatment, while not mimicking any other ‘75 Olds, did look a little like the downsized Olds 88 which would appear a couple of years later. The Omega was available as a two- or four-door sedan, as well as a hatchback version of the two-door. For outdoorsy types, a custom-fitted camper conversion tent (below) was available from dealers for the hatchback. Saw this non-factory-blue two-door last spring at a show for orphan cars, held at West-Herr Chevrolet in Orchard Park. 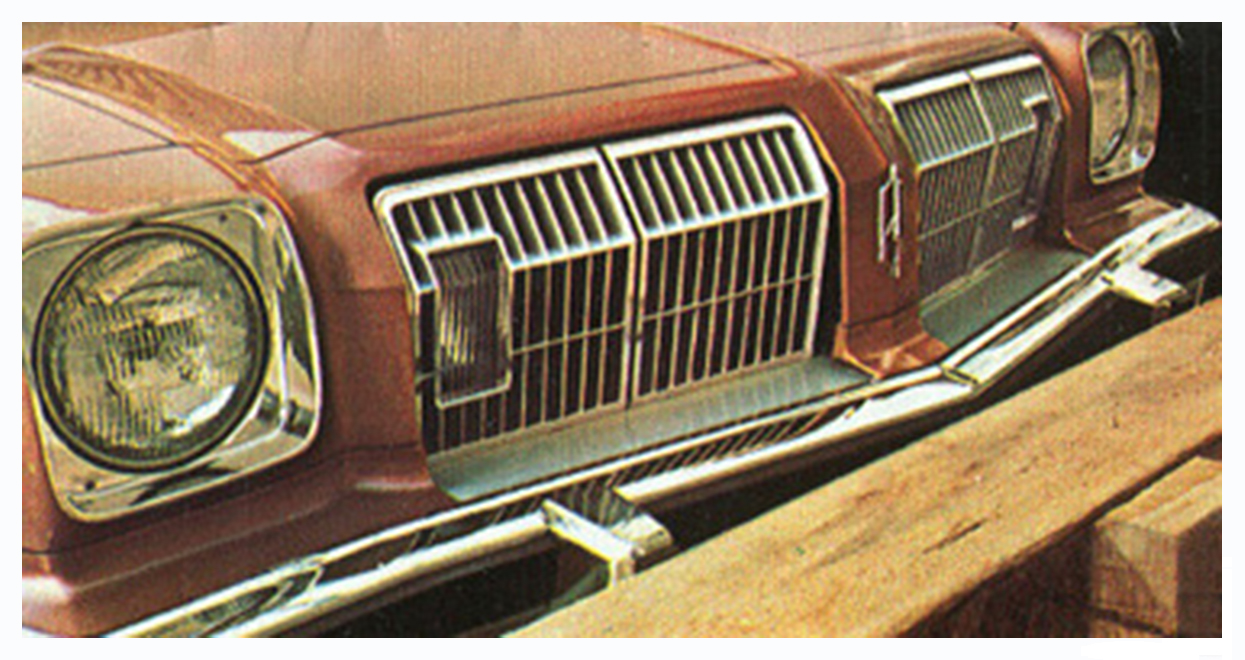