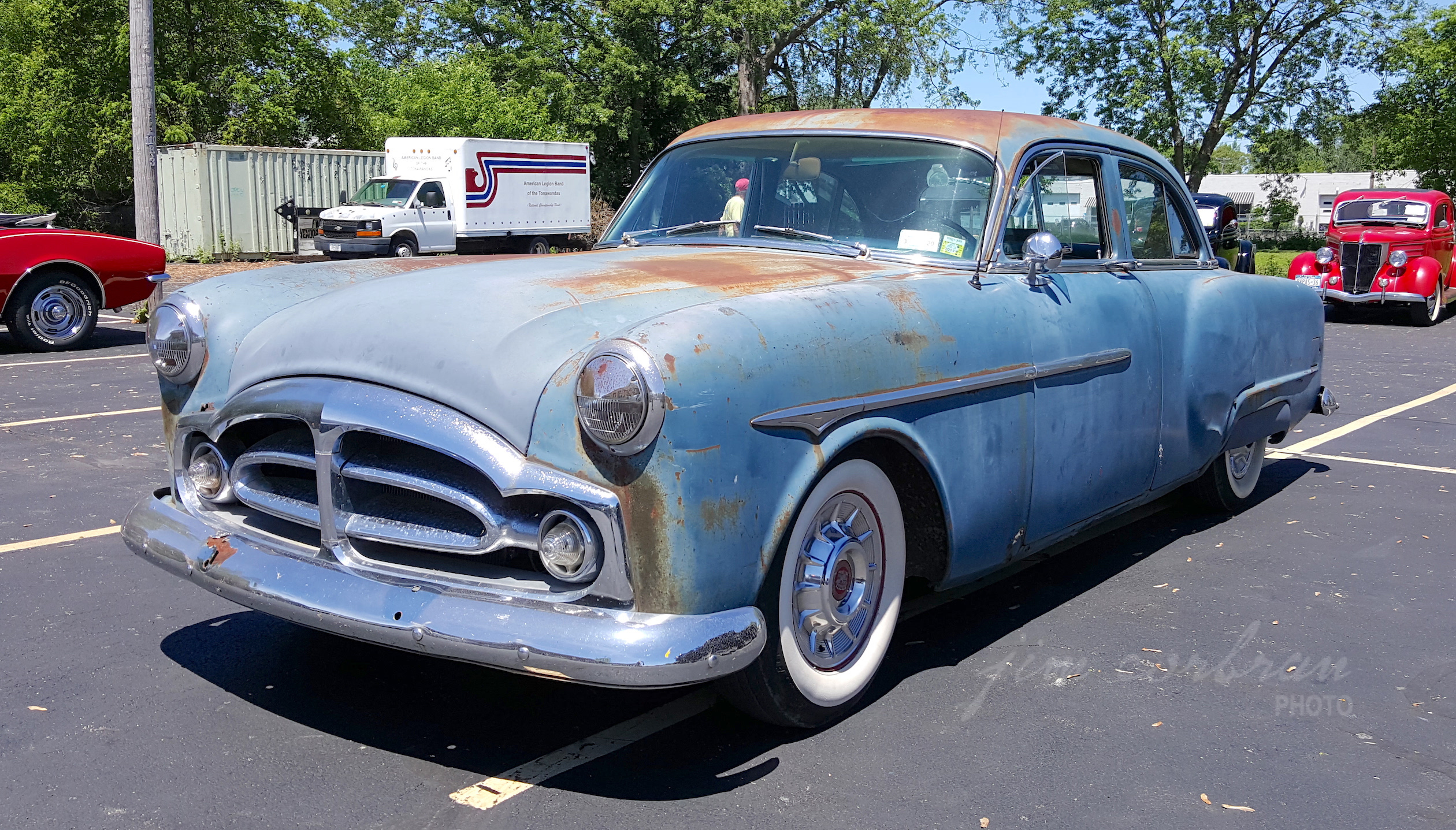 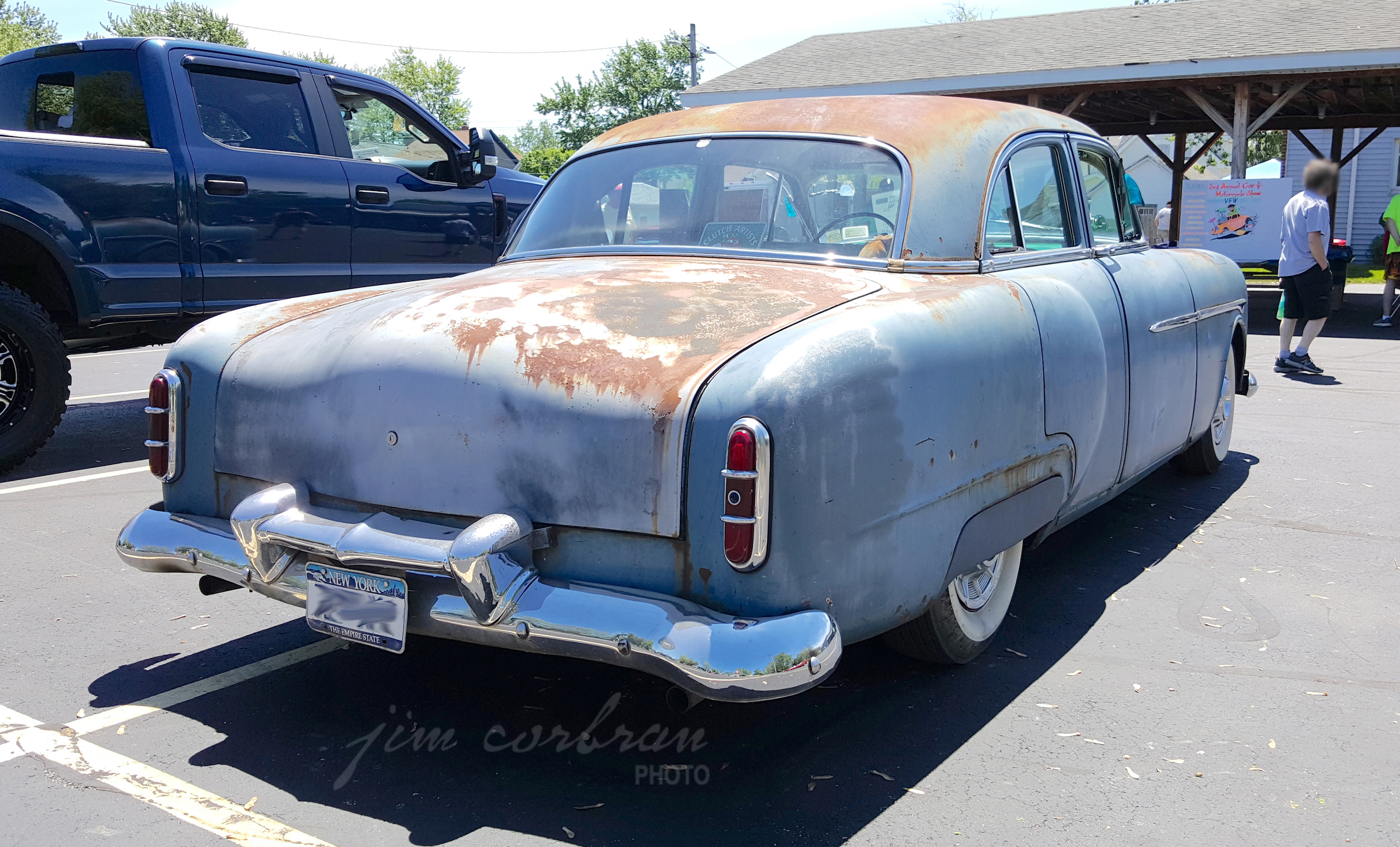 We came across this 1951 Packard 200 Deluxe touring sedan earlier this year at a car show held in Tonawanda at the Frontiersmen VFW Post #7545. No, this isn’t how it looked when it left the factory, Lol. The new-for-1951 cars were a far cry from the previous models, whose design dated back to 1946. The 200 sat at the bottom of the once-prestigious Packard lineup, with the aptly named Patrician at the top, and the 250 & 300 in the middle. Packard told us that the 200 was “— the greatest value car in Packard’s 50 year history.” It was available as a two- or four-door sedan, convertible, and three-passenger business coupe (bottom of page). It had a 288cid straight eight under the hood, while the upper models had the larger 327. Packard wouldn’t put a V8 under the hood for a few more years — in 1955, just a year before last “real” Packards were produced. For 1957 Packard pretty much bit the dust and was replaced (for an oh-so-short two model years) by gussied-up Studebakers, thanks to the merger of the two manufacturers. 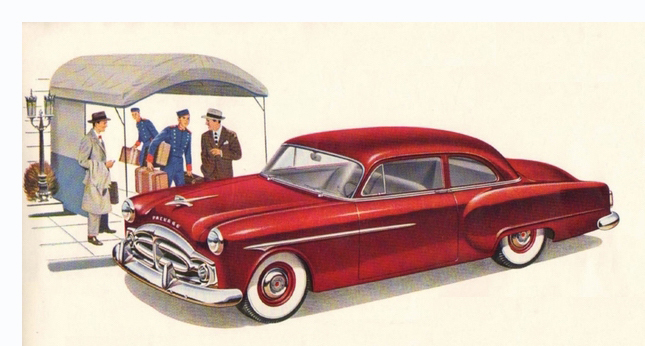