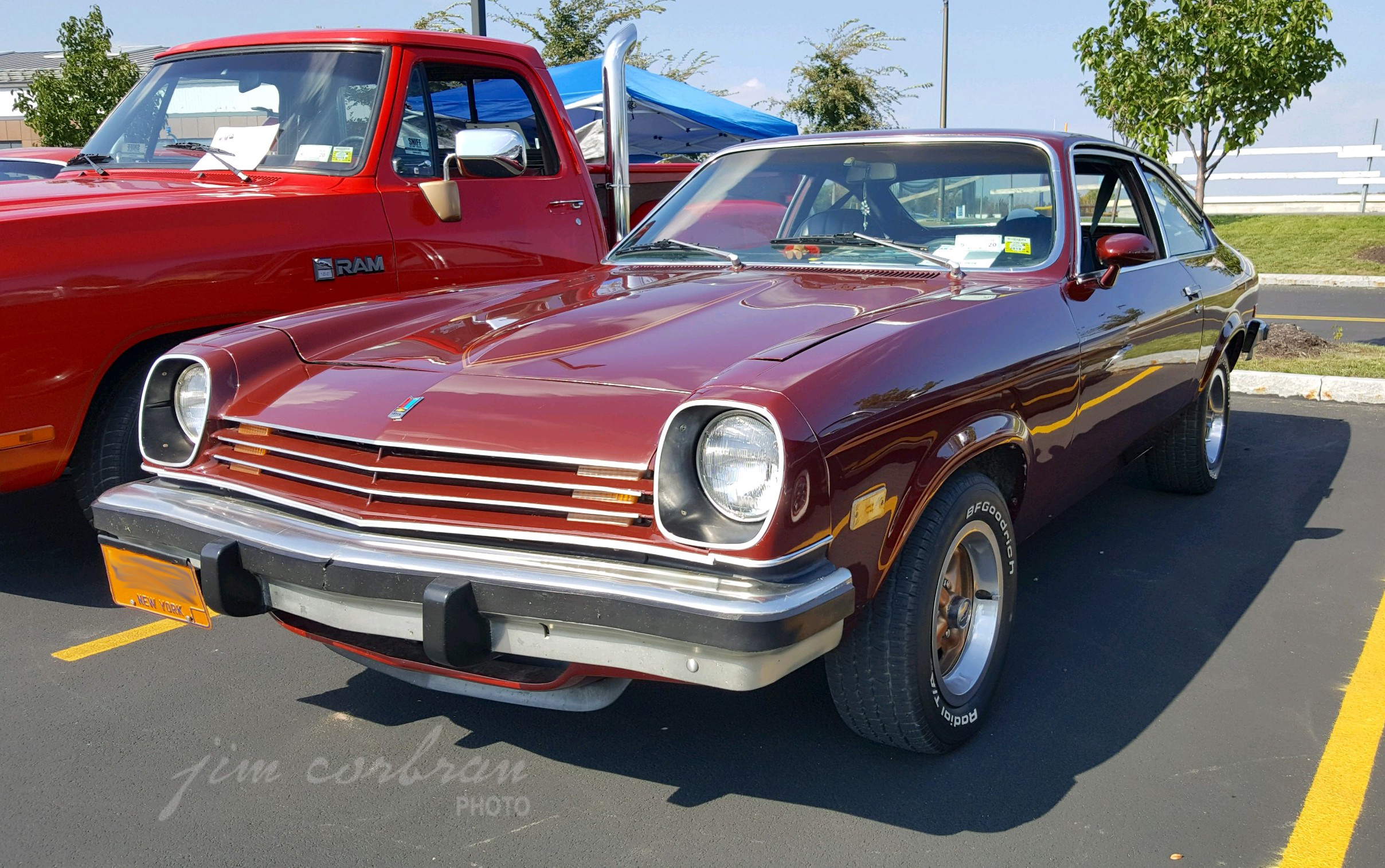 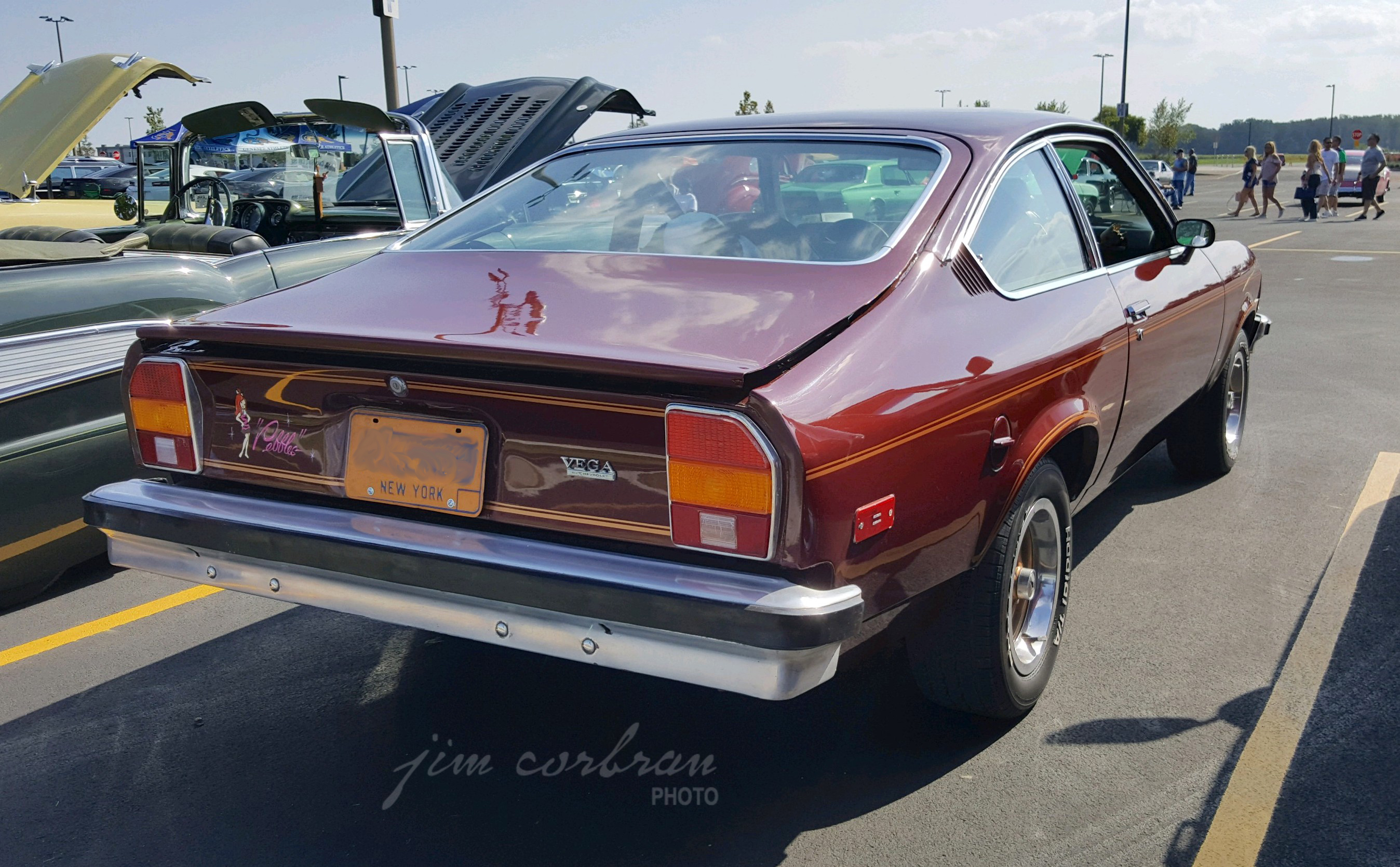 Yes, it was unusual to find a 1976 Chevrolet Vega at last Saturday’s Fall Fest Car Cruise held at Genesee Community College in Batavia. Not that they were rare cars (over 150,000 ’76 models were sold), but it seems that not many were saved (some wiseacres might opine that not many lasted). In 1976, Chevy introduced the smaller, cheaper Chevette (and moved almost 188,000 of them out the door) and the days of the Vega were numbered. It would officially last one more model year, with its Monza variants going away after MY 1980. The Vega for ’76 came standard with Chevy’s Dura-Built 140cid inline 1-bbl four rated at 70 hp (a 2-bbl of 84 hp was also available). Standard was, surprisingly, a three-speed manual transmission (I say surprisingly as most of the Vega’s competitors were imports — or Ford Pintos — with 4-speeds). This hatchback was partnered with a more-conventionally shaped two-door coupe and a two-door wagon (with or without fake woodgrain) in the Vega lineup.