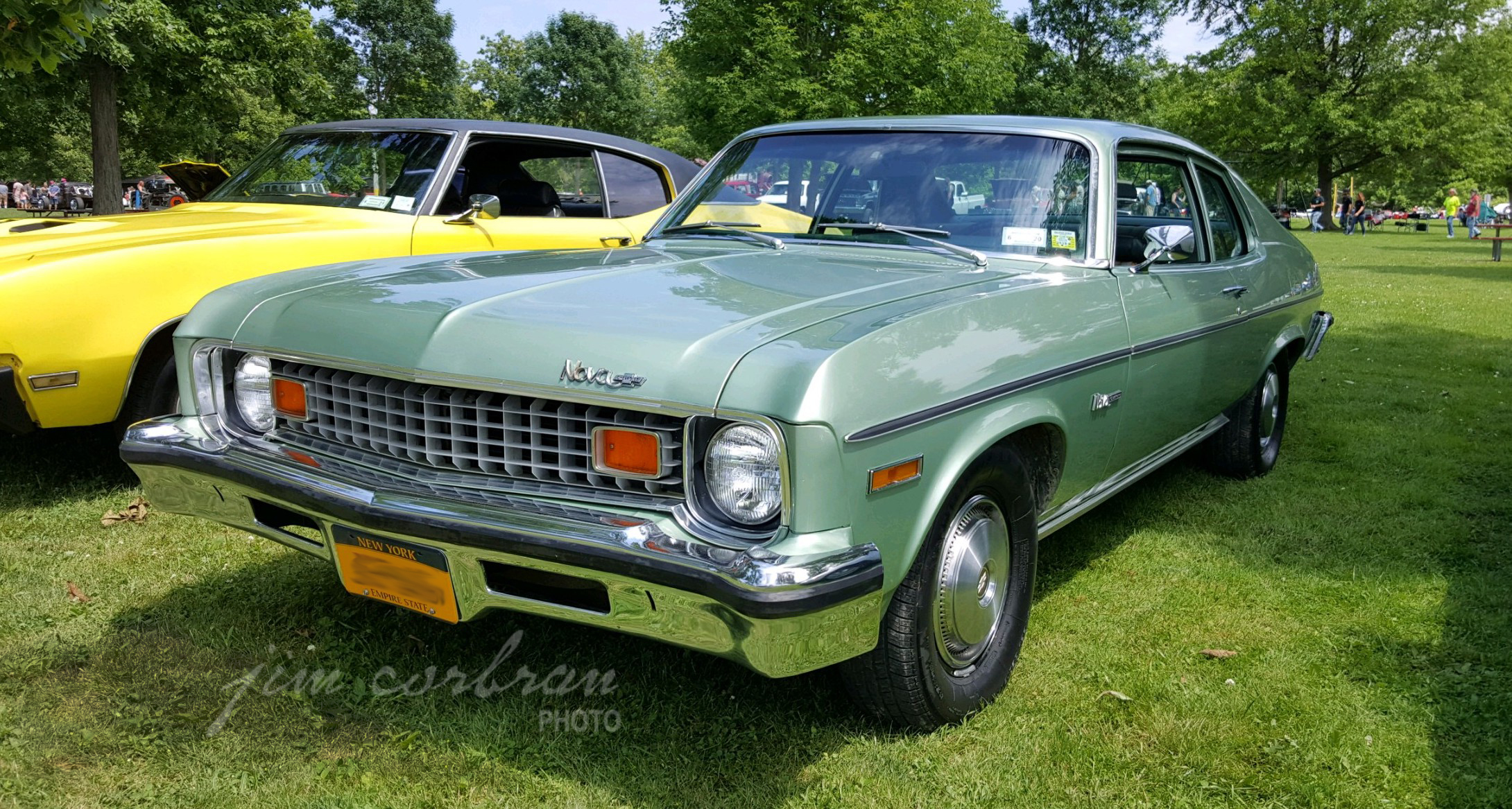 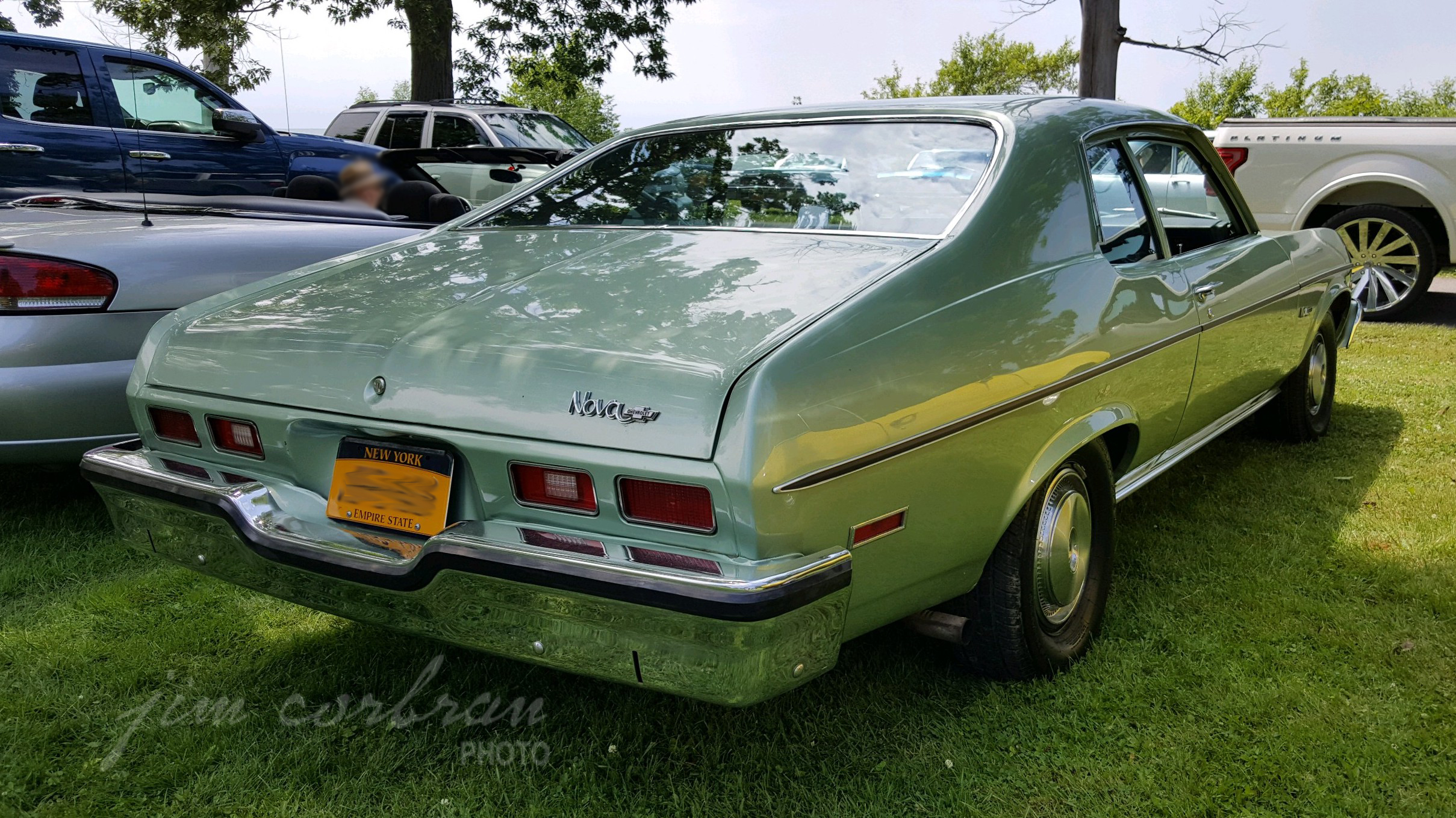 Hard to believe that this “compact” 1973 Chevrolet Nova Custom is roughly the same size as a ’55 Bel Air — which at the time was a full-sized car. How do the specs stack up?
(all figures are for 2-door sedans; the '74 Nova specs are the same as the '73)

You can see from the table how styling can affect interior room. The '55 has a four-inch longer wheelbase, with more leg room front and rear. Its boxier styling also gives it almost one-third more trunk space. Surprisingly though, headroom is greater in the height-wise shorter Nova, probably due to modern manufacturing practices which either made for a thinner roof structure, or perhaps the seats were set lower in the frame. The engines? Although the '55 had fewer cubic inches, it was rated higher power-wise. Again though, horsepower rating measurement procedures were quite different in 1955 than they were in 1974.