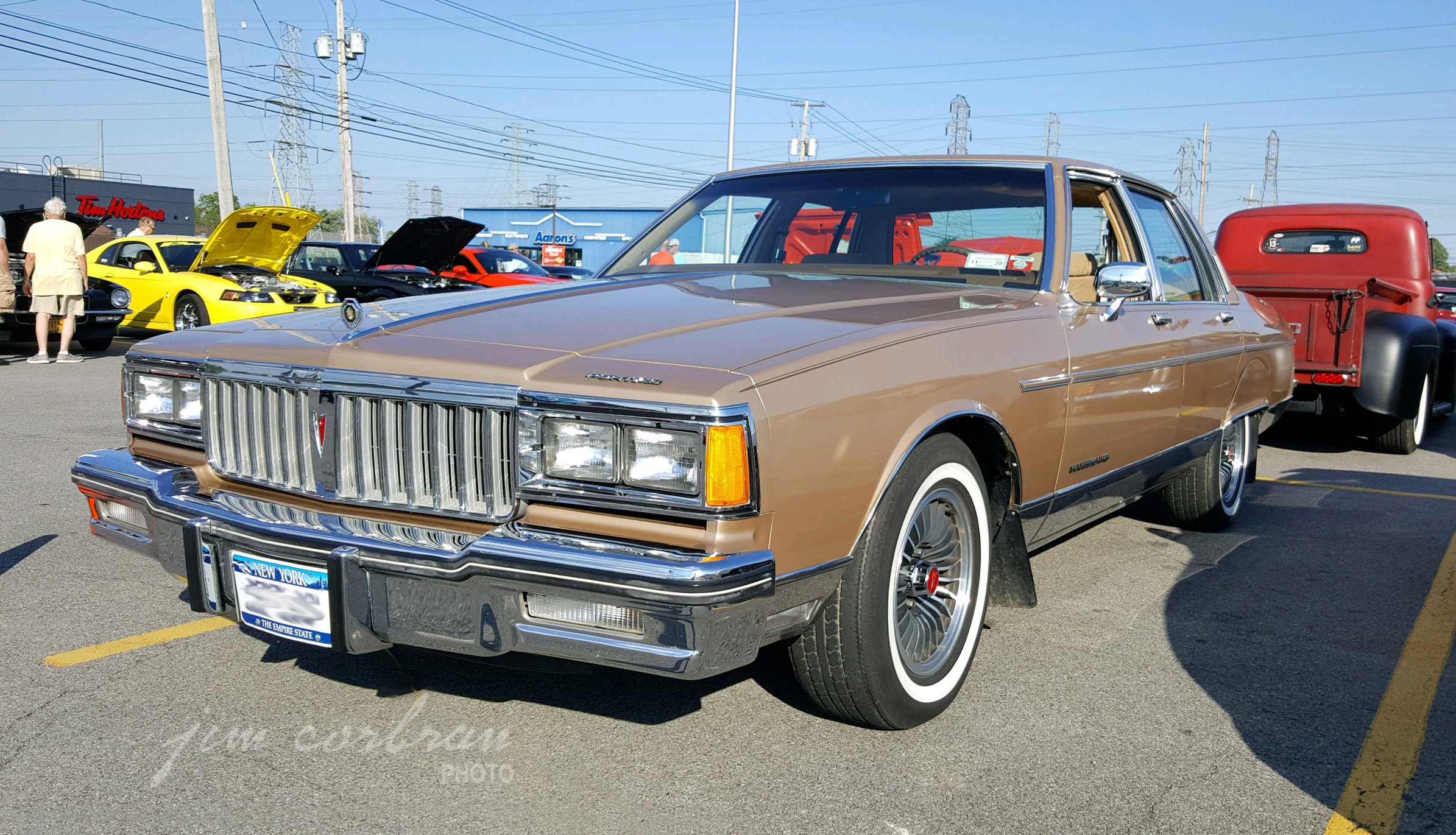 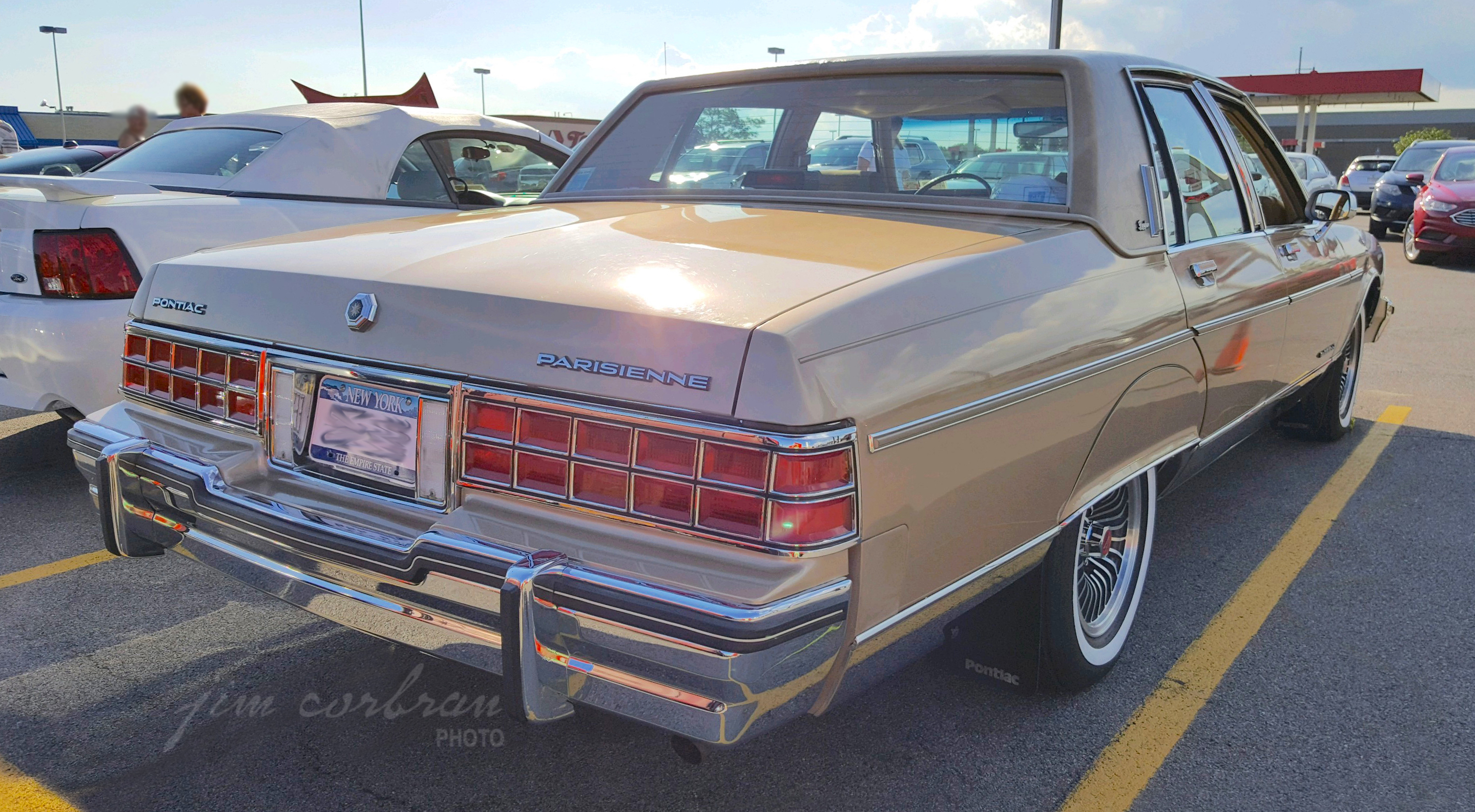 The 1986 Pontiac Parisienne Brougham was the last of the B-I-G Pontiac full-size sedans. Taking its place at the top of the Pontiac model heap in 1983, supplanting the Bonneville (which was now a midsize), the Parisienne was a new model in the US, but Canadians had been used to seeing the quaint French name on big Pontiacs since back in 1958. Just as the Impala was a sub-series of the Bel Air for 1958, the Parisienne was part of the Laurentian series (see example at bottom of page). Why didn’t they use the Bonneville name north of the border? Because the Parisienne was a mash-up of the Impala and the Bonneville, without really being either. The Parisienne name was brought south in 1983, but it’s not really clear (to me, anyway) why. It disappeared in North America after the 1986 model, and the Bonneville name was moved up a notch once again to a new, front-drive sedan which shared a platform with the Buick LeSabre and Oldsmobile 88. This gold Brougham, the last of the full-sized rear-drive sedans, was seen last summer at a weekly cruise night at the Texas Road House in Tonawanda. 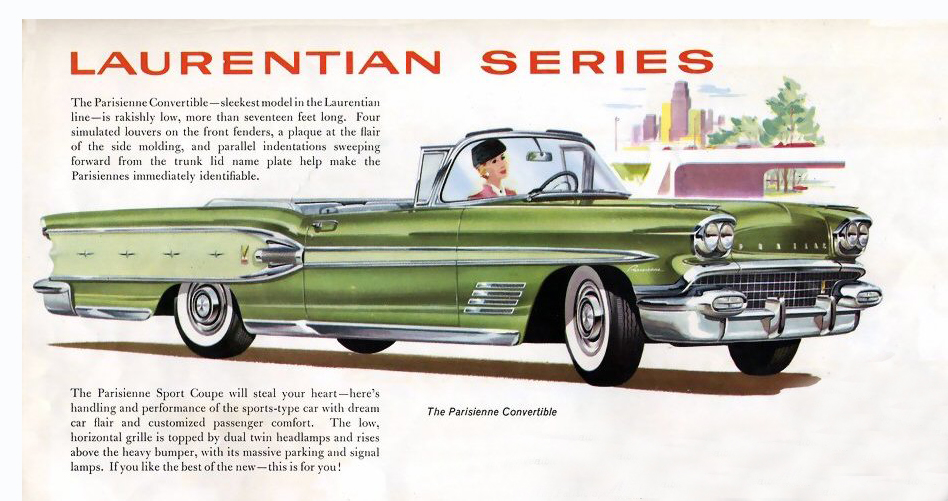