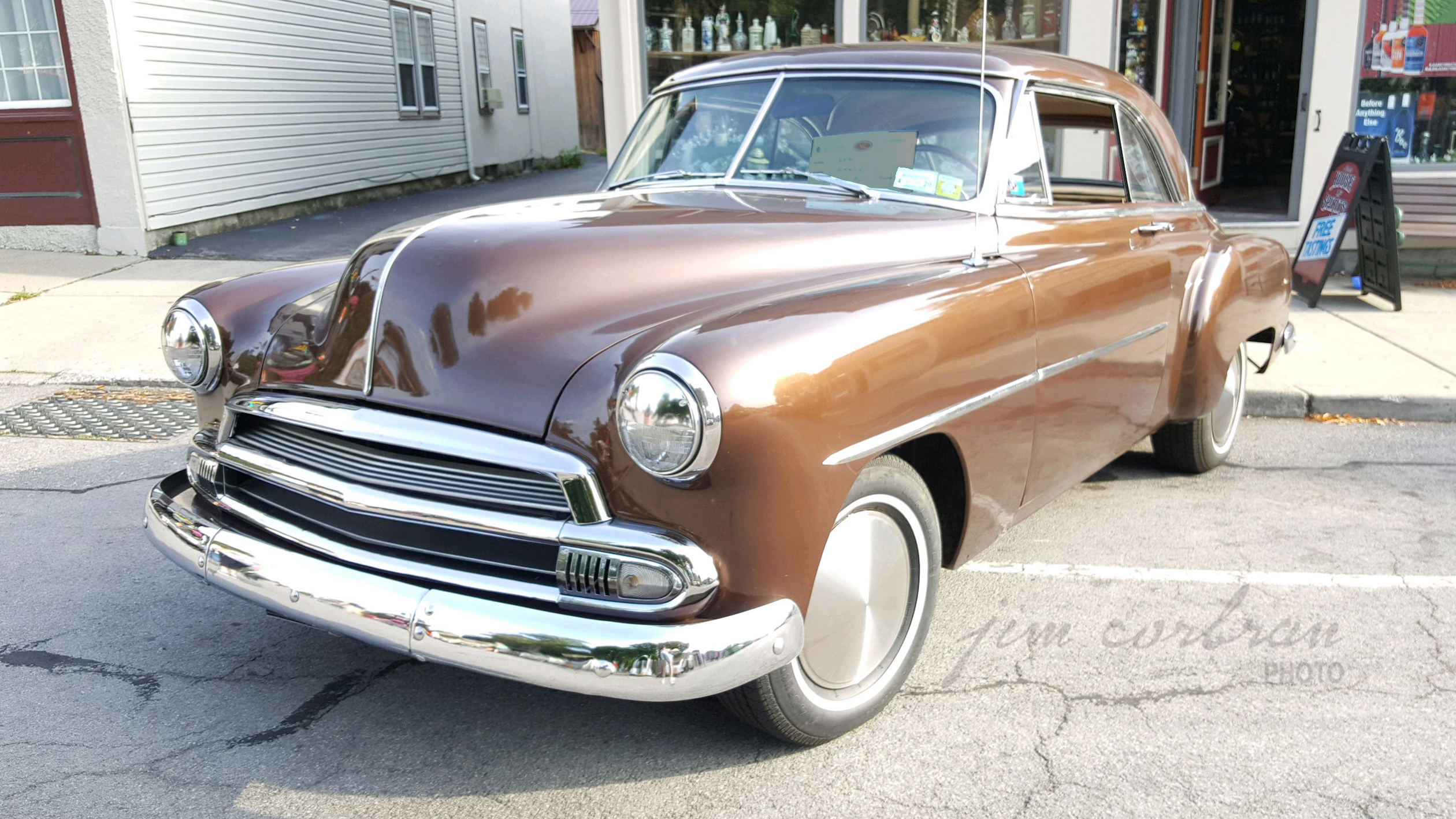 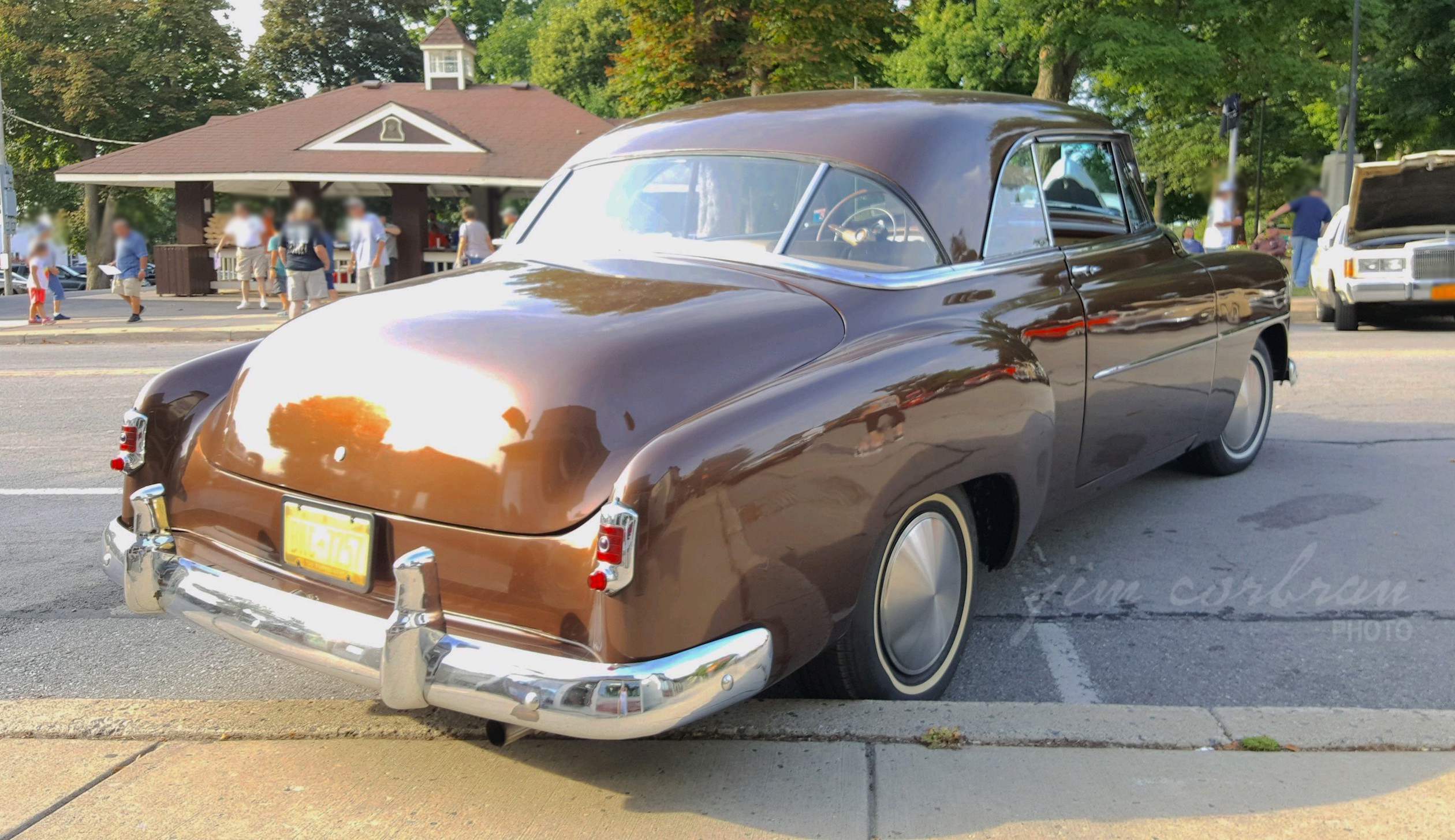 According to the brochure, the 1951 Chevrolet Bel Air had “…all the practical advantages of a permanent steel top, [with] no side posts to hinder your visibility or to block the summer breeze.” Part of the Styline De Luxe series, the Bel Air was Chevy’s first two-door hardtop, which (sort of) combined the stylishness of a convertible without the hassle of a fabric top, a body style which was all the rage in the early 1950s. By the middle of the decade, there were even four-door versions leaving most American car assembly plants. Were they as tight as a sedan? Maybe not as far as wind noise went, and eventually over time, water. But the hardtop was a new gimmick, and new gimmicks were what brought Mr. and Mrs. Average New Car Buyer into the showrooms every two or three years. Starting in 1953, the Bel Air branched out to become a full series, adding a two- and four-door sedan and a convertible to the lineup. Today’s mildly customized RealRide was seen last summer at an Akron cruise night. 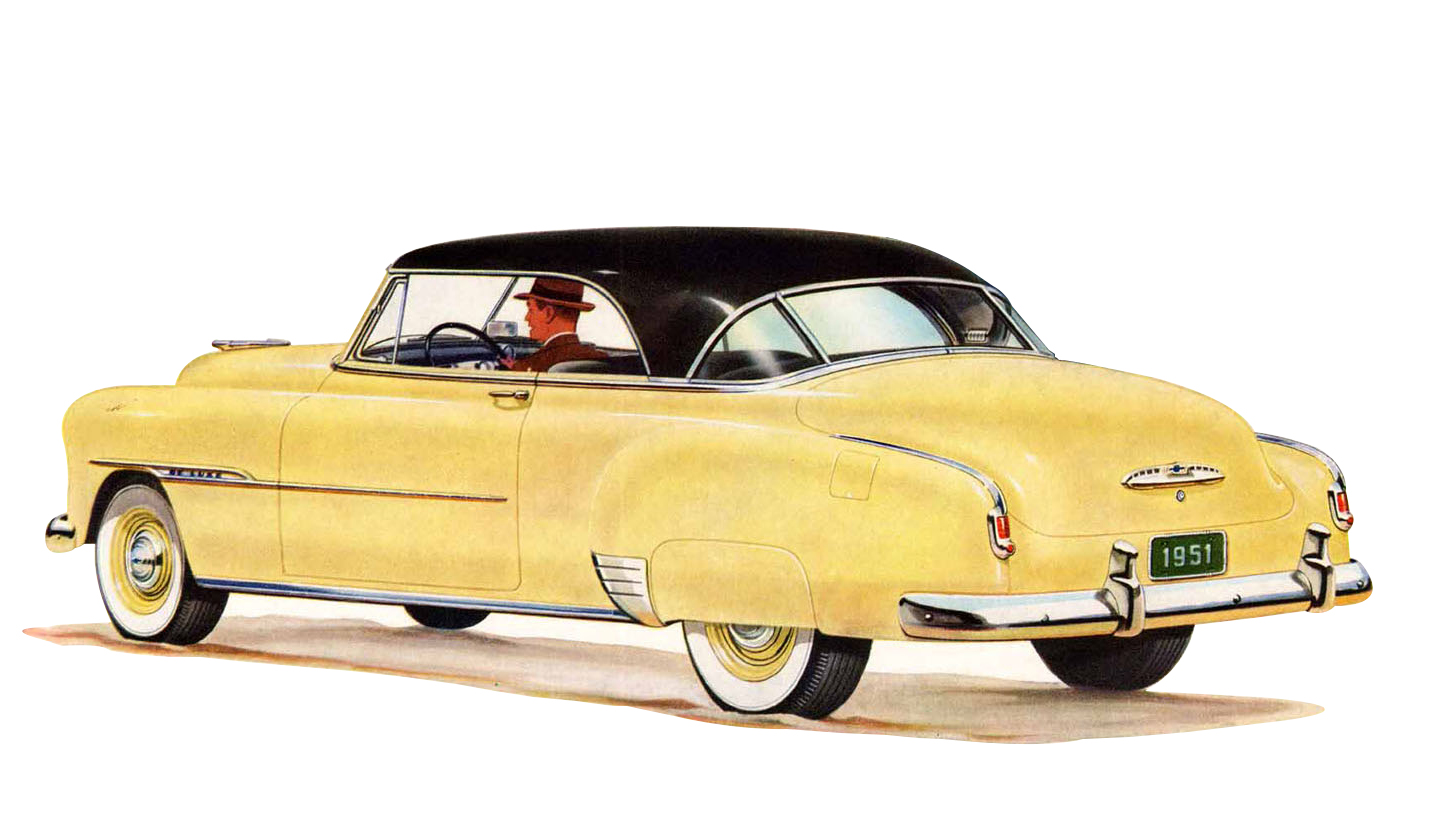