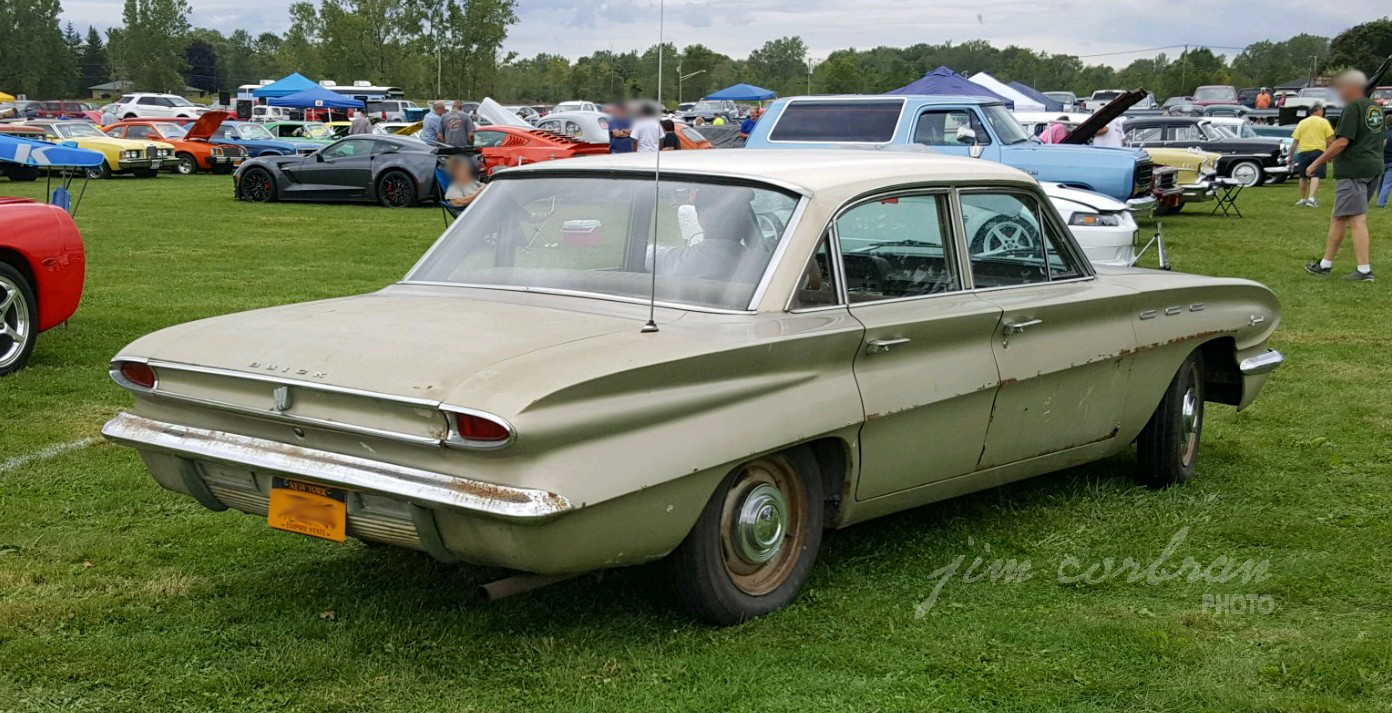 We just managed to catch this 1962 Buick Special last summer as it was escaping the impending rain at the 12th Annual Kiwanis Classic Car Show in Pembroke. I don’t think it’s too much of a stretch to suggest that this Special is unrestored and maybe even still original! You rarely see any of these “senior” compacts anymore. They were introduced by the Pontiac, Olds, and Buick divisions of GM in 1961 to give compact shoppers something a bit more than what Ford et al. were offering with the — let’s be honest here — plain Jane Falcon and such. The Special, as Buick told us, came standard with: “Fireball V-6 engine • Heater Defroster • Dual arm rests • 3-speed synchromesh transmission • Direction signals • Electric windshield wipers • Air-cooled brakes.” The Special also came in a whole range of body styles: 2-door coupe, 4-door sedan, convertible, 2- and 3-seat station wagon, and in the upper Skylark model range, a 2-door hardtop. That Fireball V-6 over the years morphed into GM’s venerable 3.8L engine, which didn’t go out of production until 2008. 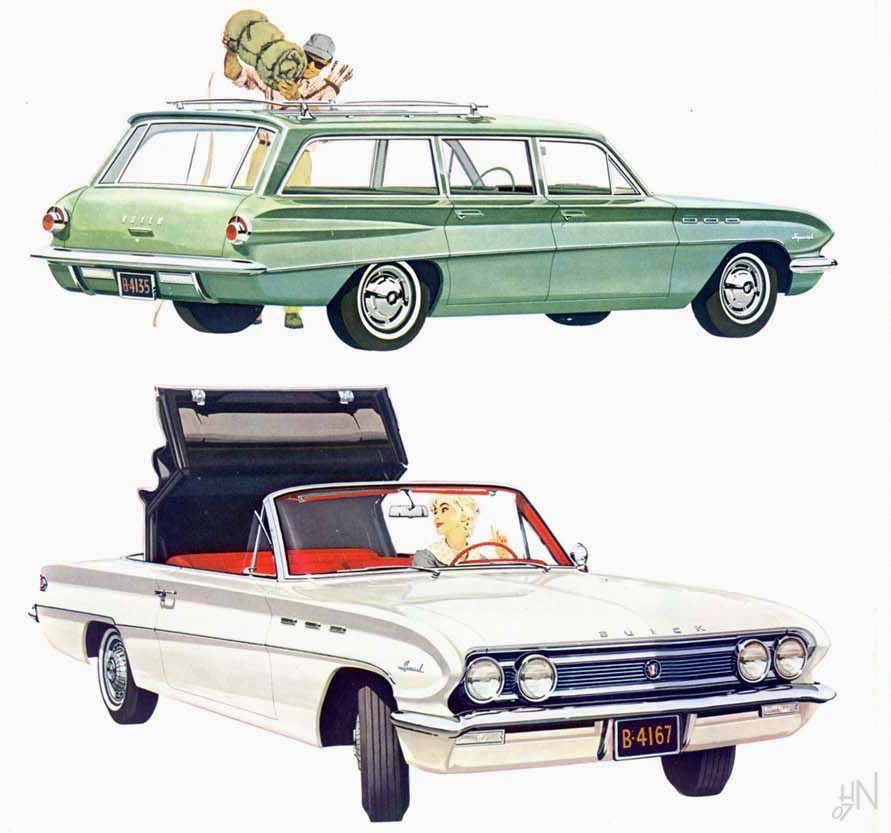