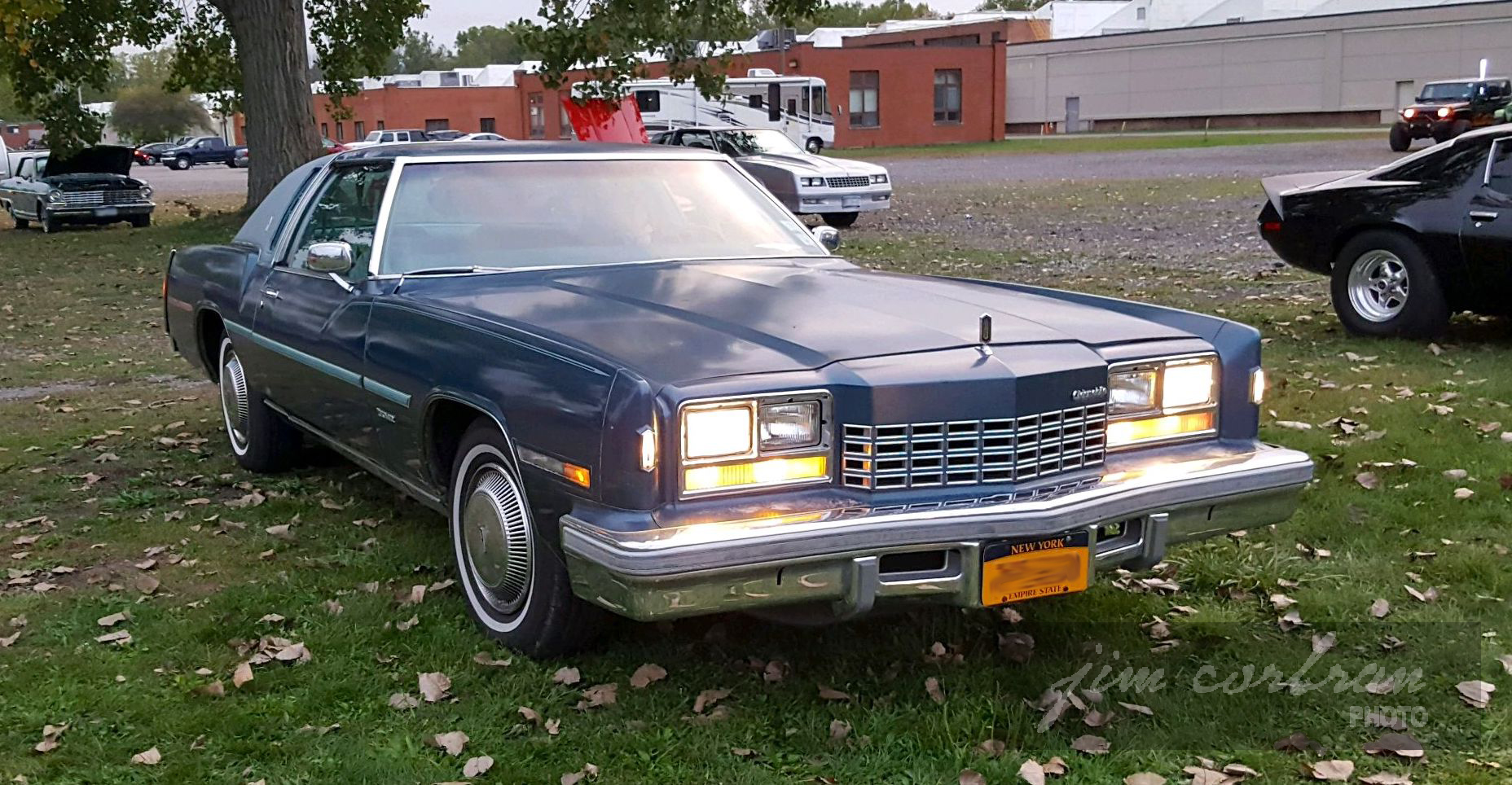 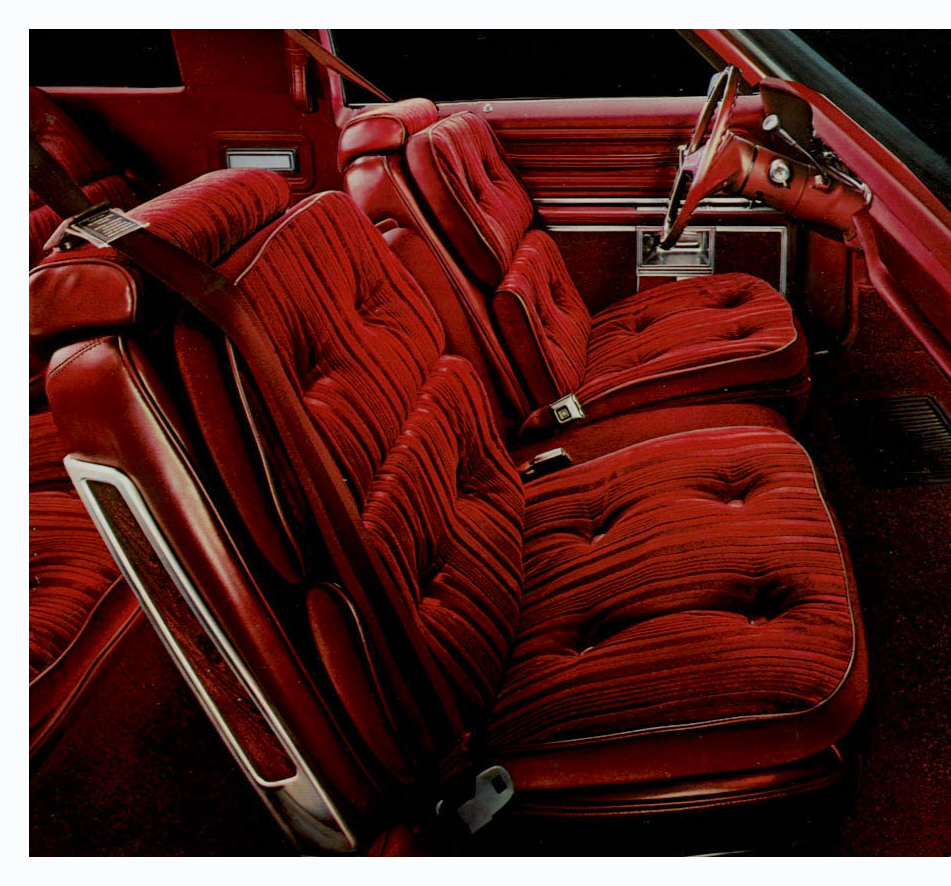 At a glance, this 1977 Oldsmobile Toronado Brougham doesn’t seem to share much with the ground-breaking debut model which bowed for model year 1966. Yes, it still has a v-e-r-y long hood with a proportionately shorter rear deck. But this ’77 is a much bigger car — 227 inches long compared to the 1966 car’s 211” length. Width increased an inch-and-a-half, but the squared-off styling makes it look much wider than that. Maybe it’s the newly acquired 250 lbs that make it look big. Luckily, they retained the flat passenger floor, which made things a lot more comfortable for passengers who were used to straddling the hump. In their 1977 brochure, Olds described the Toronado as “…the only machine on the road that looks like a Toronado.” Hard to argue with that! But here’s a few features from the 1966 catalog which had long since disappeared some 11 years later: “Long, low-slung nose. Concealed headlamps. Burly, businesslike wheels. Full-view side windows. Fastback fuselage.” The full-view side windows were replaced by roll-down glass in the doors only, and just a hint of rear-quarter glass in the guise of an opera window. Ugh. In the disco era it was more about “Sophisticated ribbed velours… loose-look cushions…” and of course, the “very popular padded landau roof.” Saw today’s impressive RealRide towards the end of the summer at a weekly cruise night at the Wurlitzer Building in North Tonawanda. 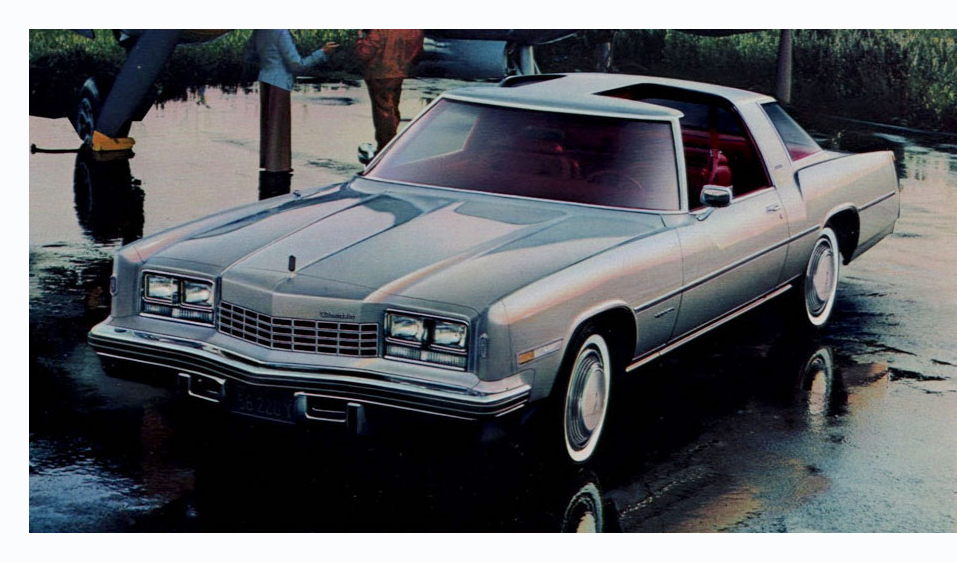