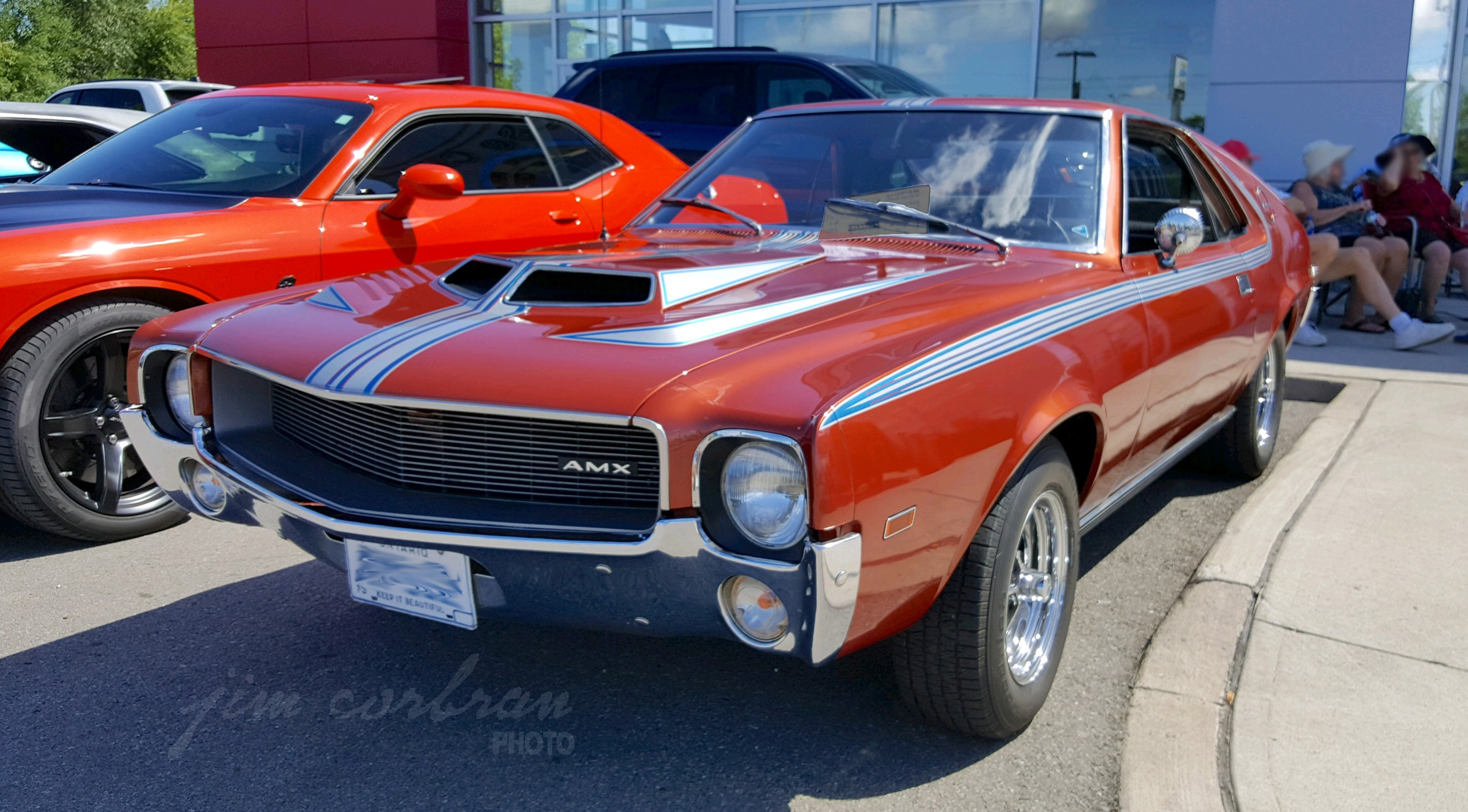 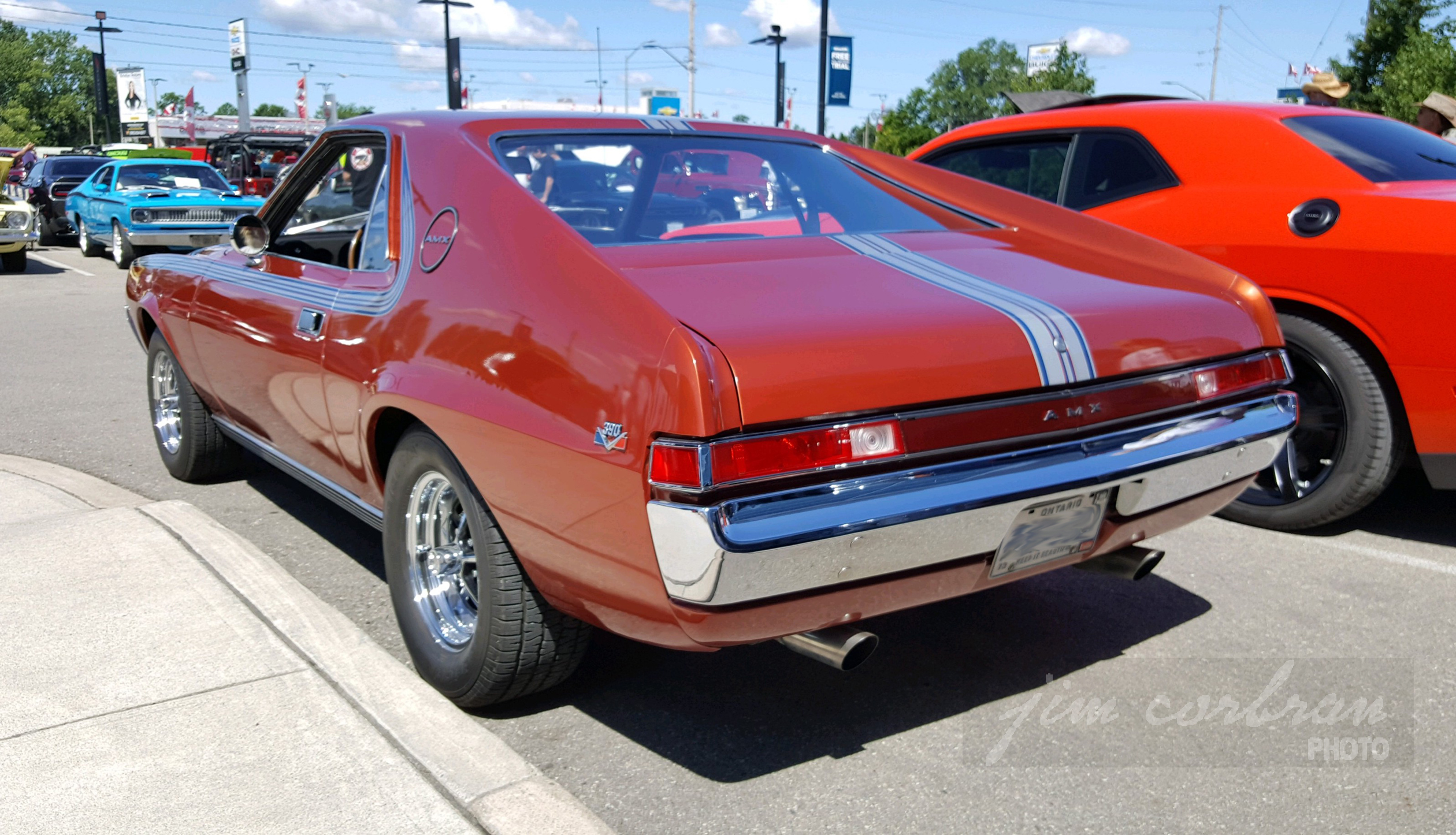 Where else would you go to find a 1968 AMC AMX but the Mopar Classic Car Show, which was held last summer at Rose City Chrysler in Welland? Lol… I suppose in a roundabout way it’s not that strange, as Chrysler did end up buying American Motors from the French car maker Renault in 1987. Although AMC offered the two-seater AMX with racing stripes, I believe the ones featured on today’s RealRide are not the originals — at least, I’ve never seen any like these before, nor did an internet search turn up anything similar. What it does have however (according to the rear fender badge), is AMC’s new-for-1968 390cid V8, which they dubbed the AMX 390. It was rated at 315 hp, and at the time it was “…the highest-rated power output ever attained by a standard production American Motors engine.” It was also offered as an option in the Javelin, Rebel, and Ambassador lines. In simplified terms the AMX was a Javelin (see below) from the front seats forward as well as from the rear wheels back; for MY 1971 AMC would apply similar technology to bring the Gremlin to market — it was created by chopping the entire rear section off of the compact Hornet starting at the rear edge of the front door (bottom photos). 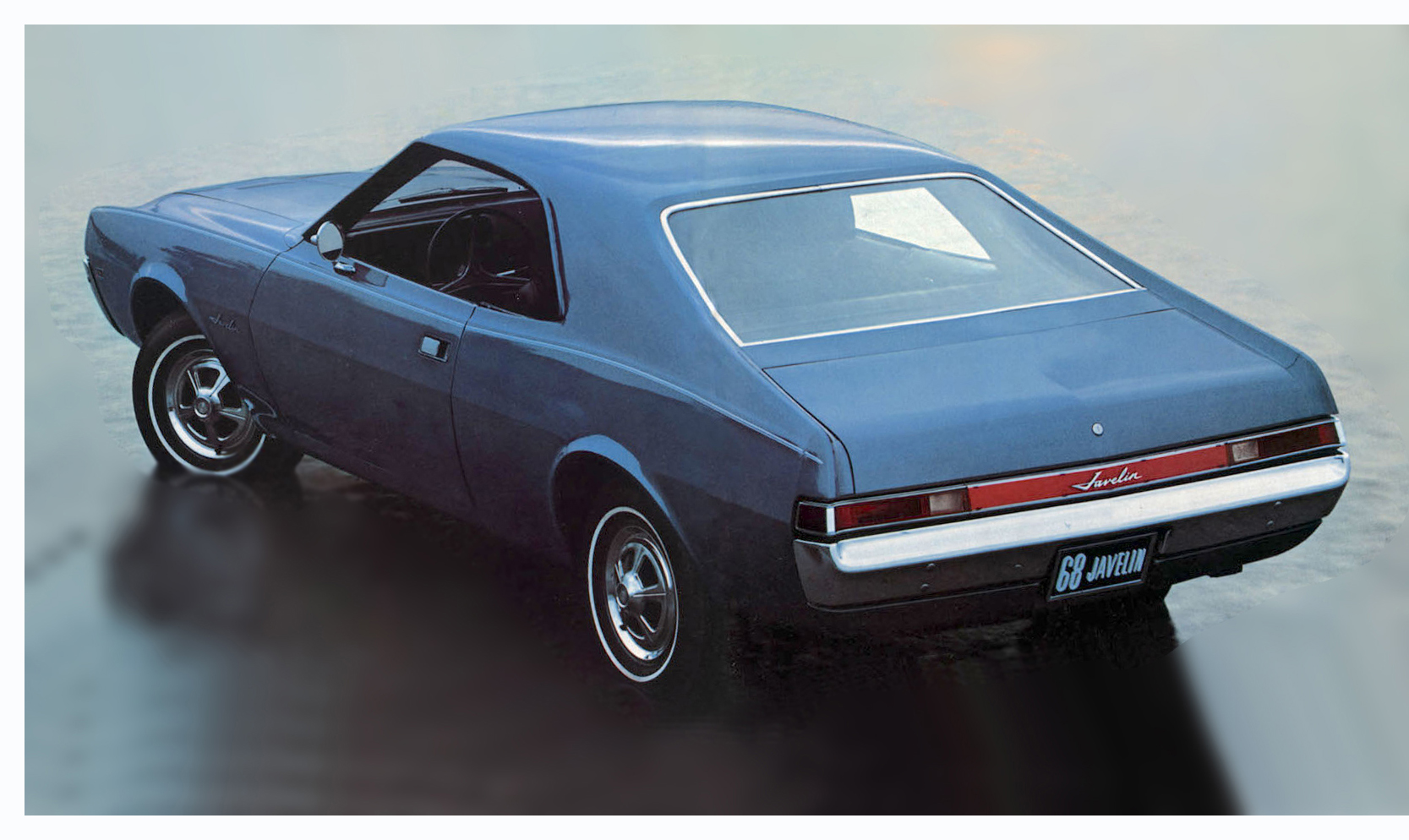 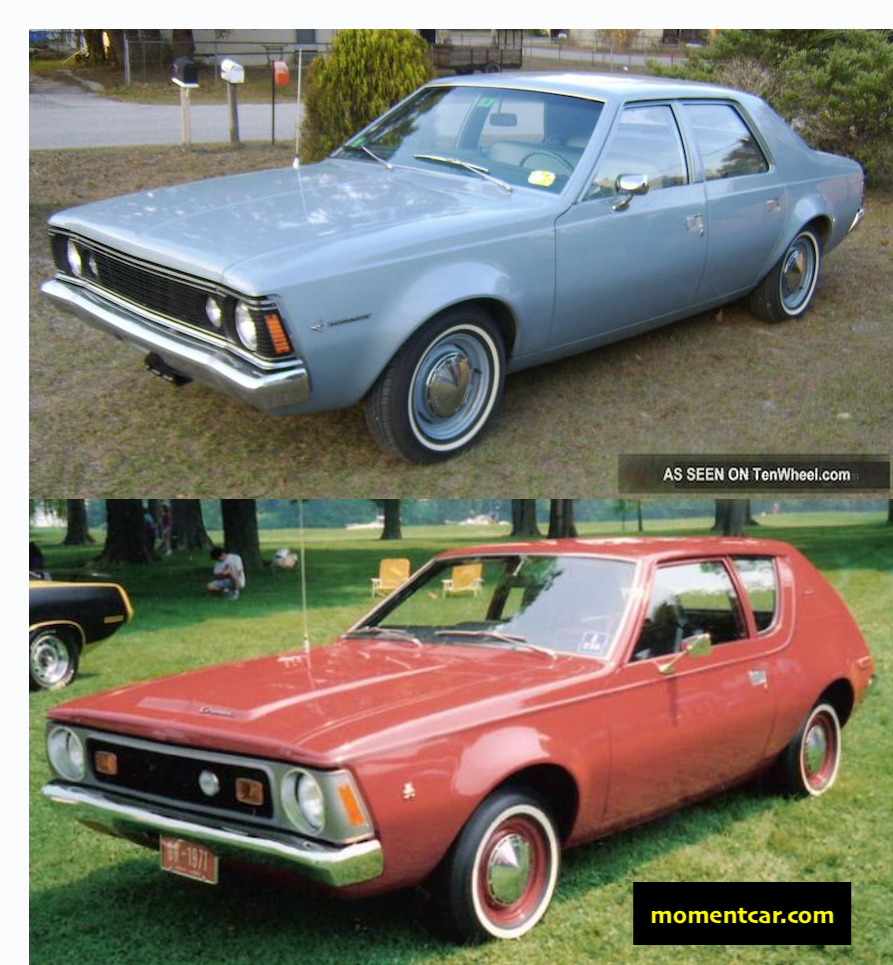