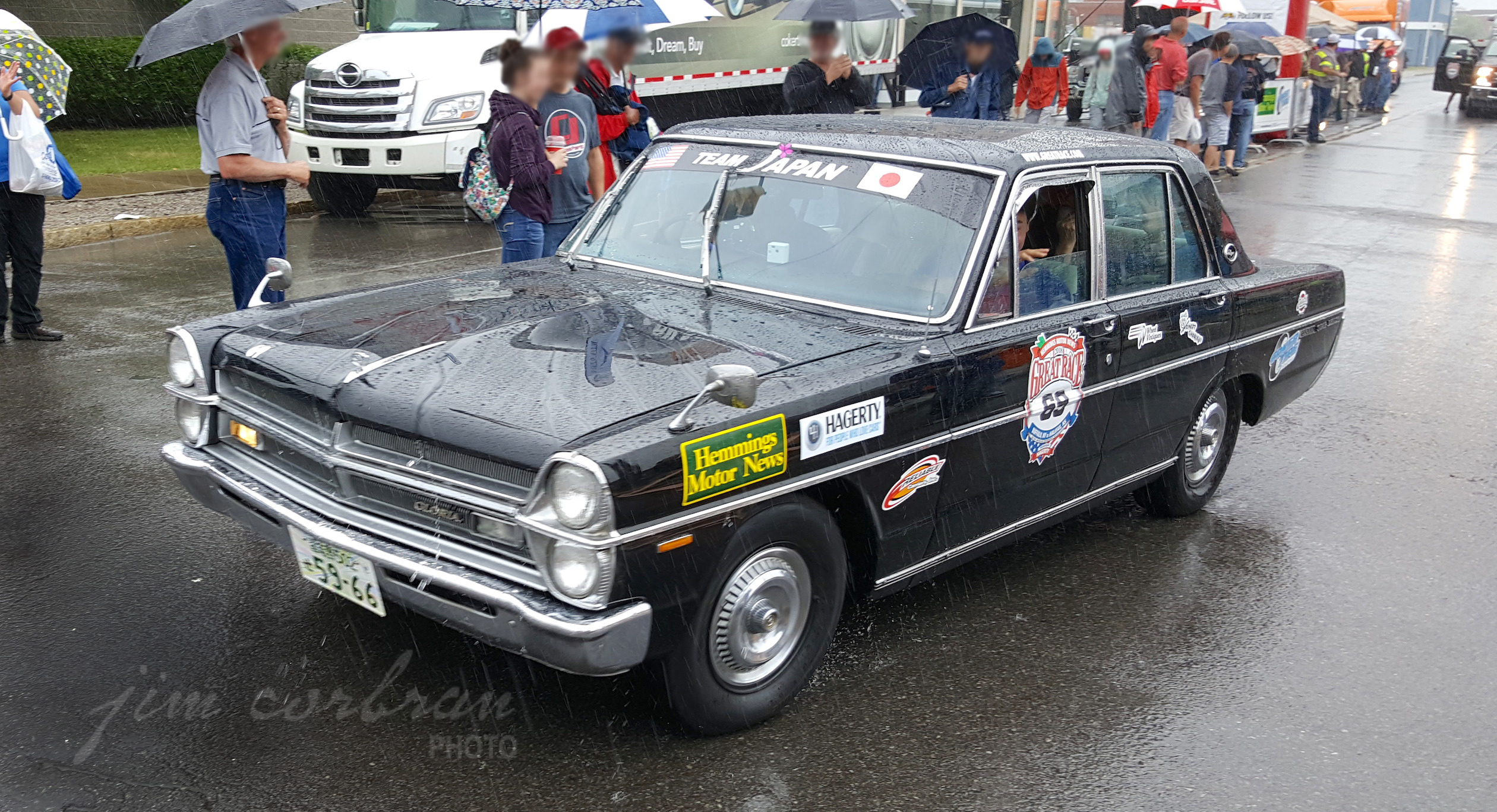 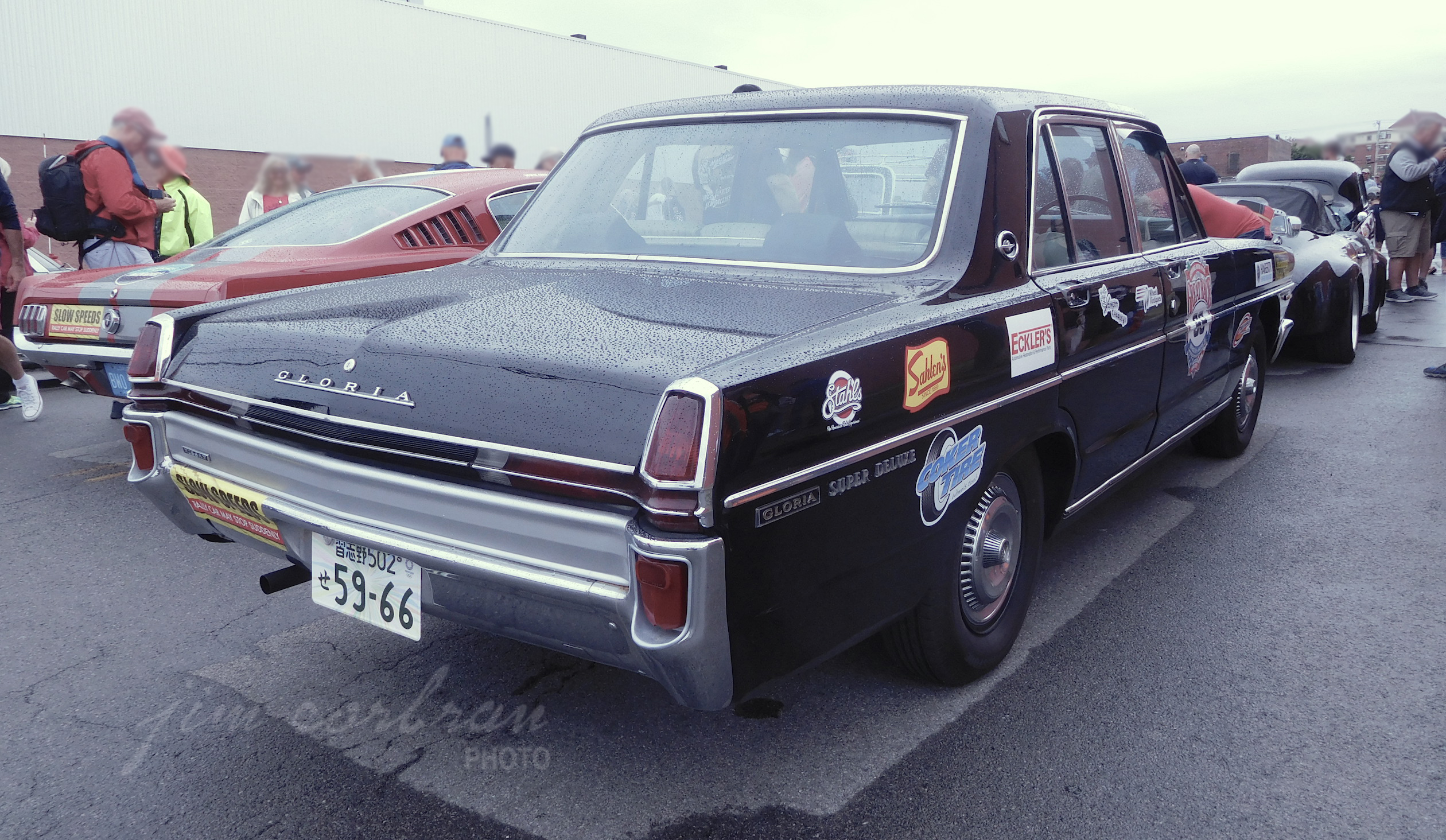 Talk about a seldom-seen car here in WNY — this 1970 Prince Gloria was one of the entrants in 2018 Hemmings Motor News Great Race, which started right here in Buffalo and finished 10 days later in Halifax, Nova Scotia. The Team 69 car’s members (Team Japan 2) were driver Hiroshi Izawa, and the navigation team of Nobu Nakamura, Akiko Izawa, and Tatsu Izawa — all of whom hail from Tokyo. Entered in the Rookie Class, Car #69 finished — ironically — 69thoverall out of 117 starters; they were also 17th in their class out of 35.
In case you’re wondering, this third generation Prince Gloria was launched in 1967. Also offered in station wagon form (below), it was the first newly designed model following Prince’s merger with Nissan. The Gloria, under the Nissan badge, eventually morphed into the Cedric, versions of which eventually made it to North America as the Infiniti M. 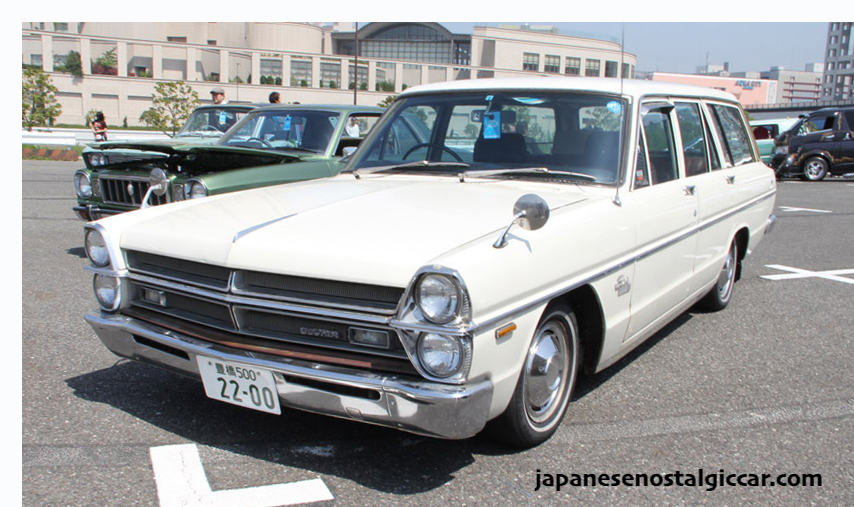