The 1971 Pontiac Grand Prix J was in the second-last year of its ground-breaking body style which had been introduced for MY 1969. It can probably be credited with making the personal luxury coupe genre popular with the masses. It still had the v-e-r-y long hood and the short deck of the introductory model; and under that hood was a standard 400cid V8. If that wasn’t enough power for you, the next model up the ladder (SJ) came with a 455cid motor. Both had a dashboard which “…put every gauge and control almost in your lap.” That is, if you were the driver. Apparently Pontiac didn’t mind having front seat passengers being content with asking the driver to change the radio station or adjust the cabin temperature. Saw this nice gold example last summer at a swap meet in Dunkirk. 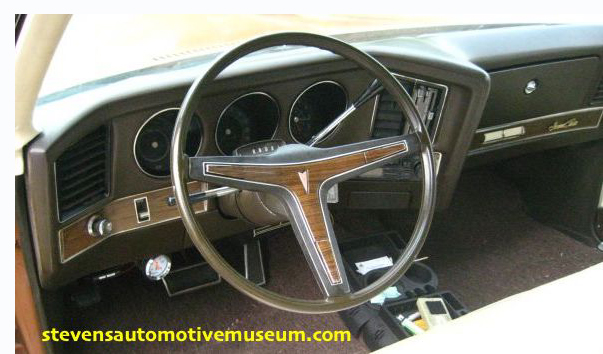