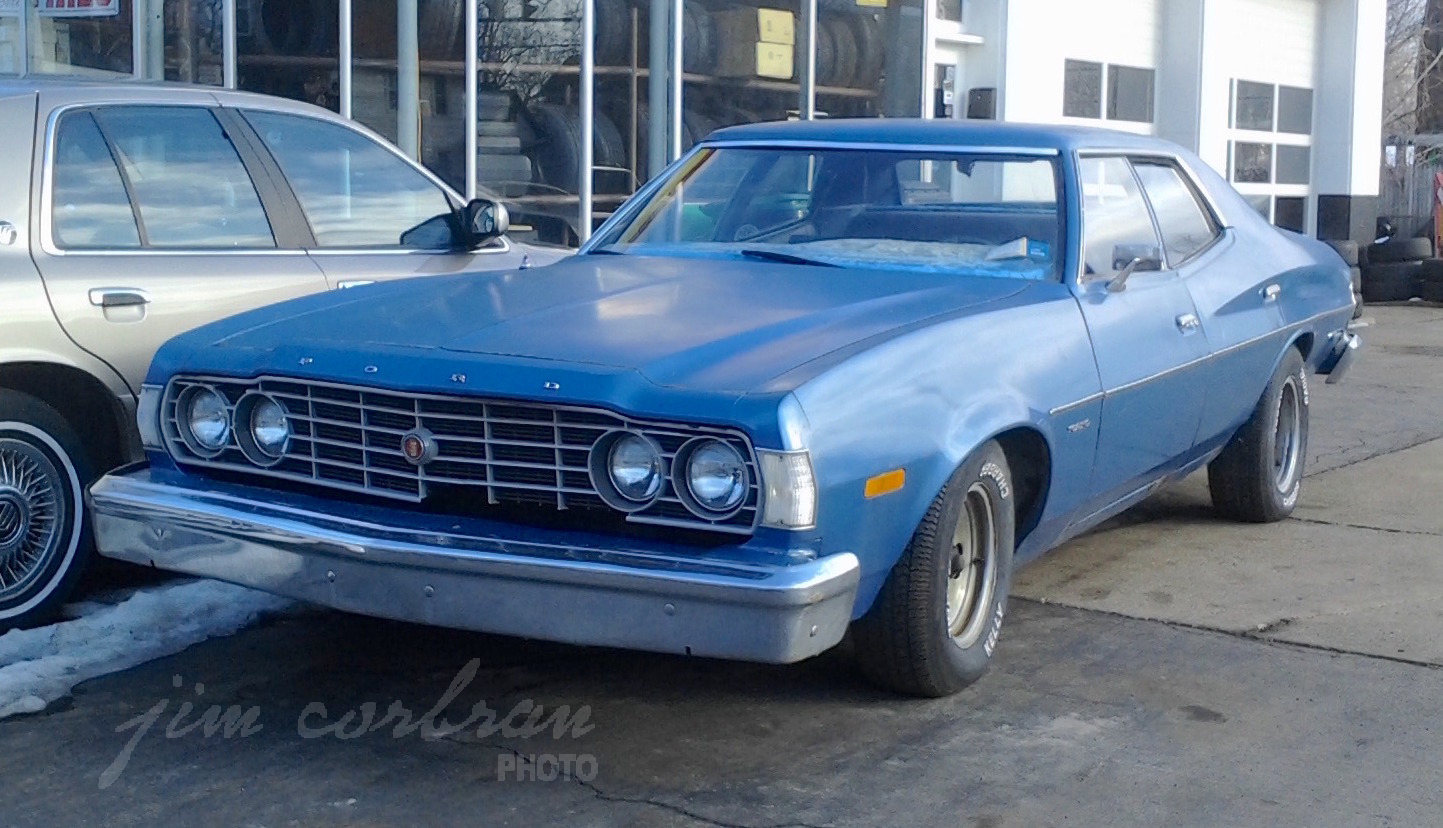 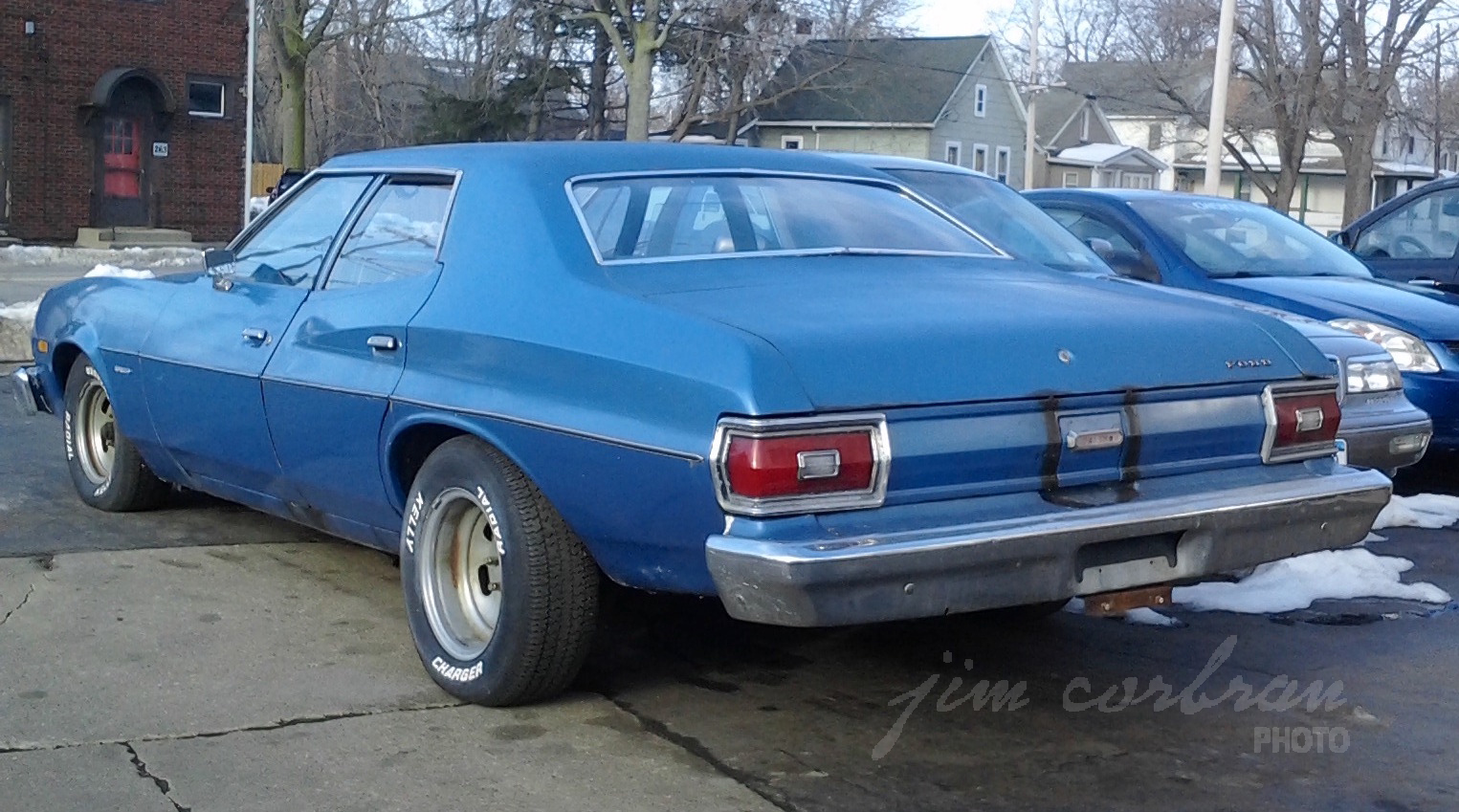 It’s not always easy to remember some 46 years later, but the auto industry did actually make everyday ordinary family cars back in the day (although they weren’t putting mag wheels and oversize tires on them, Lol). This base model 1974 Ford Torino 4-door pillared hardtop (kind of a contradiction in terms) is an example. Although you don’t see a lot of Torinos period from this era, it seems that most of the ones you do see are the flashier Gran Torino Sport or luxury Gran Torino Brougham models. Surprisingly, standard on all Torino models was Ford’s 302cid V8 — there’s no six listed in the catalog (even though the Encyclopedia of American Cars lists the 250cid inline six as the standard powerplant). Came across this one a couple of summers ago in Tonawanda.