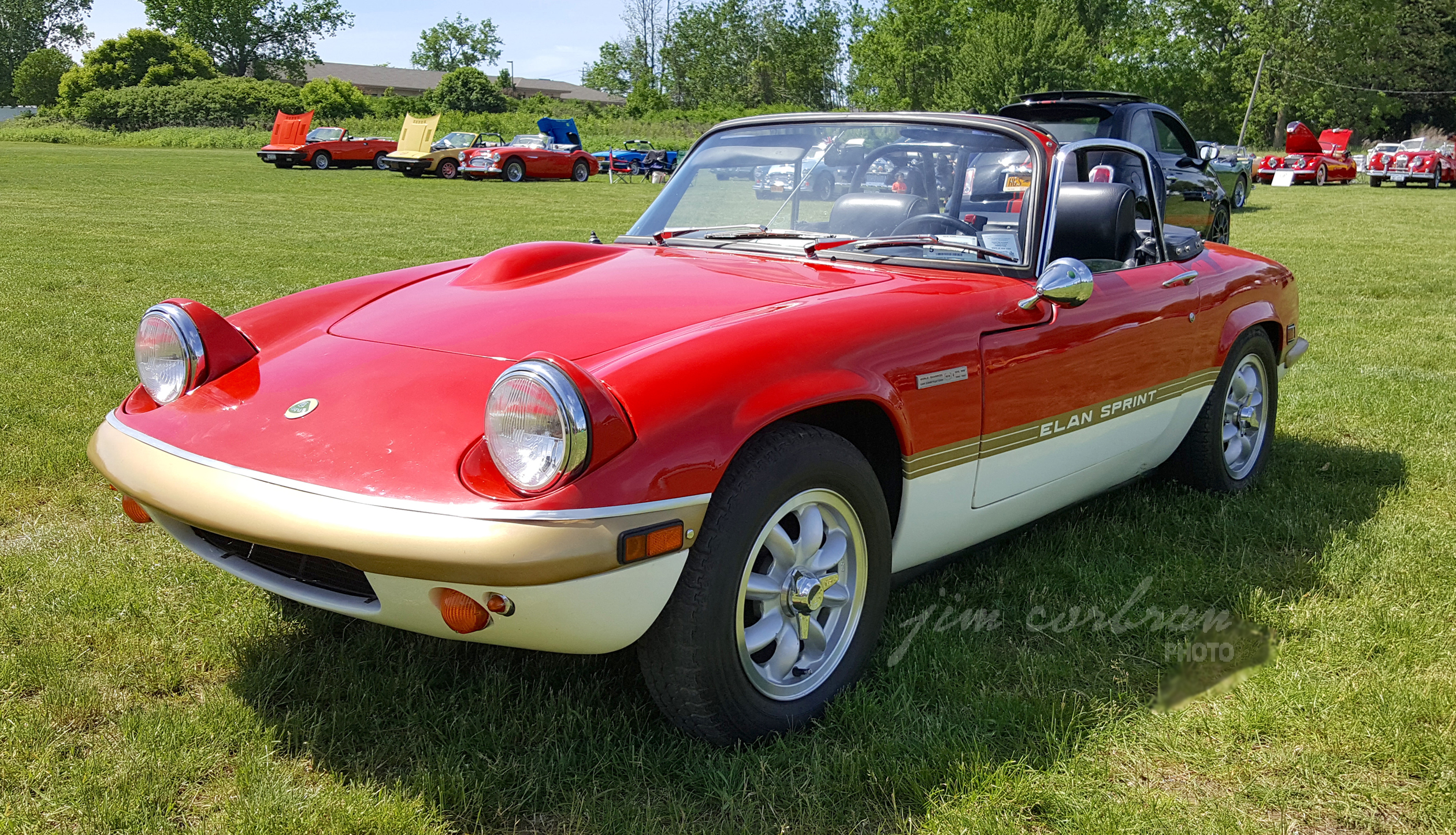 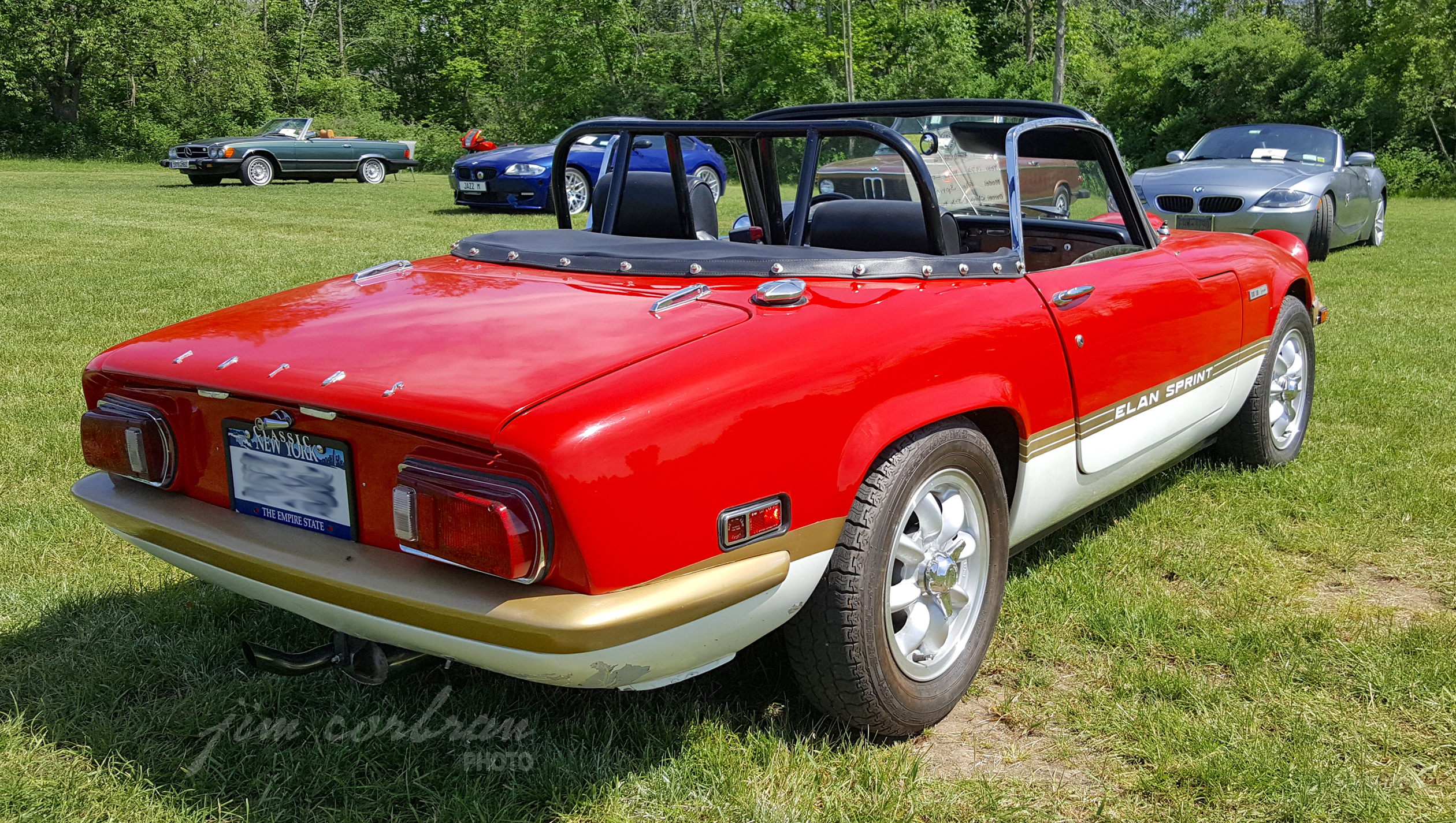 What to do back in the day when all of your friends were driving Triumphs and MGs? The 1972 Lotus Elan Sprint definitely cost more (with an MSRP of over six grand while a new MGB could be had for around $2,700), but it was much rarer, with only about 1,353 being built from 1970-73. Some years ago, the editors of the late Sports Car International magazine named the Elan number six on its list of top sports cars of the 1960s (the first Elan, the 1500 roadster, appeared for MY 1962). With a curb weight of only 1,500 pounds, you can imagine that the Elan was quite lively, with the rear wheels being driven by a Lotus-Ford twin cam 1558cc engine which was rated at 126 hp. Lotus claimed the brakes could bring the car to a standstill from 100 mph in around five seconds. Besides this Drop-head Coupé, the Elan Sprint was also offered as a Fixed-head Coupé — which both sound much more exotic than convertible and hardtop. Saw this one over the summer at Euro Car Day, which was sponsored by the British Car Club of WNY, held at The Angry Buffalo/Rose Garden Restaurant in Williamsville.