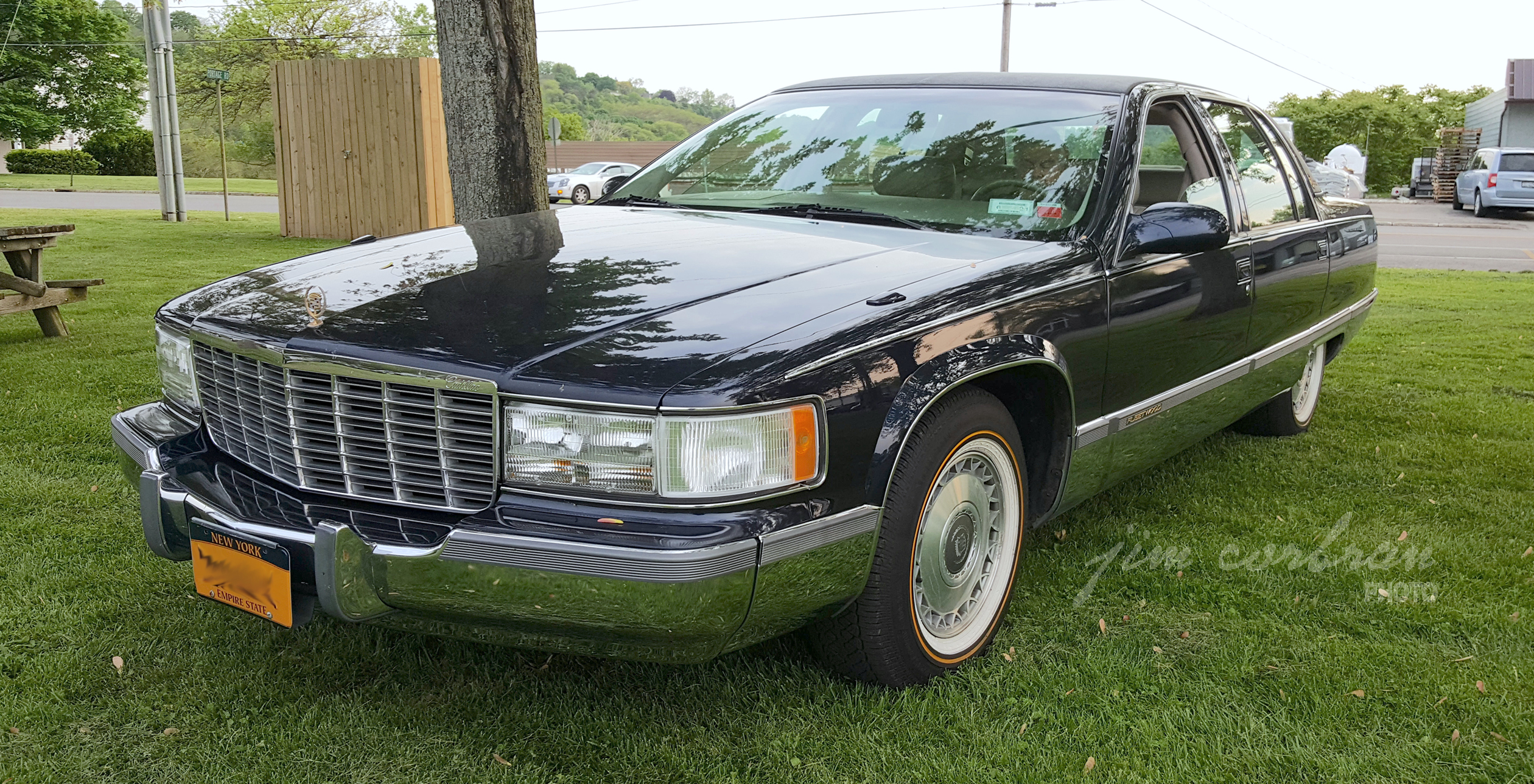 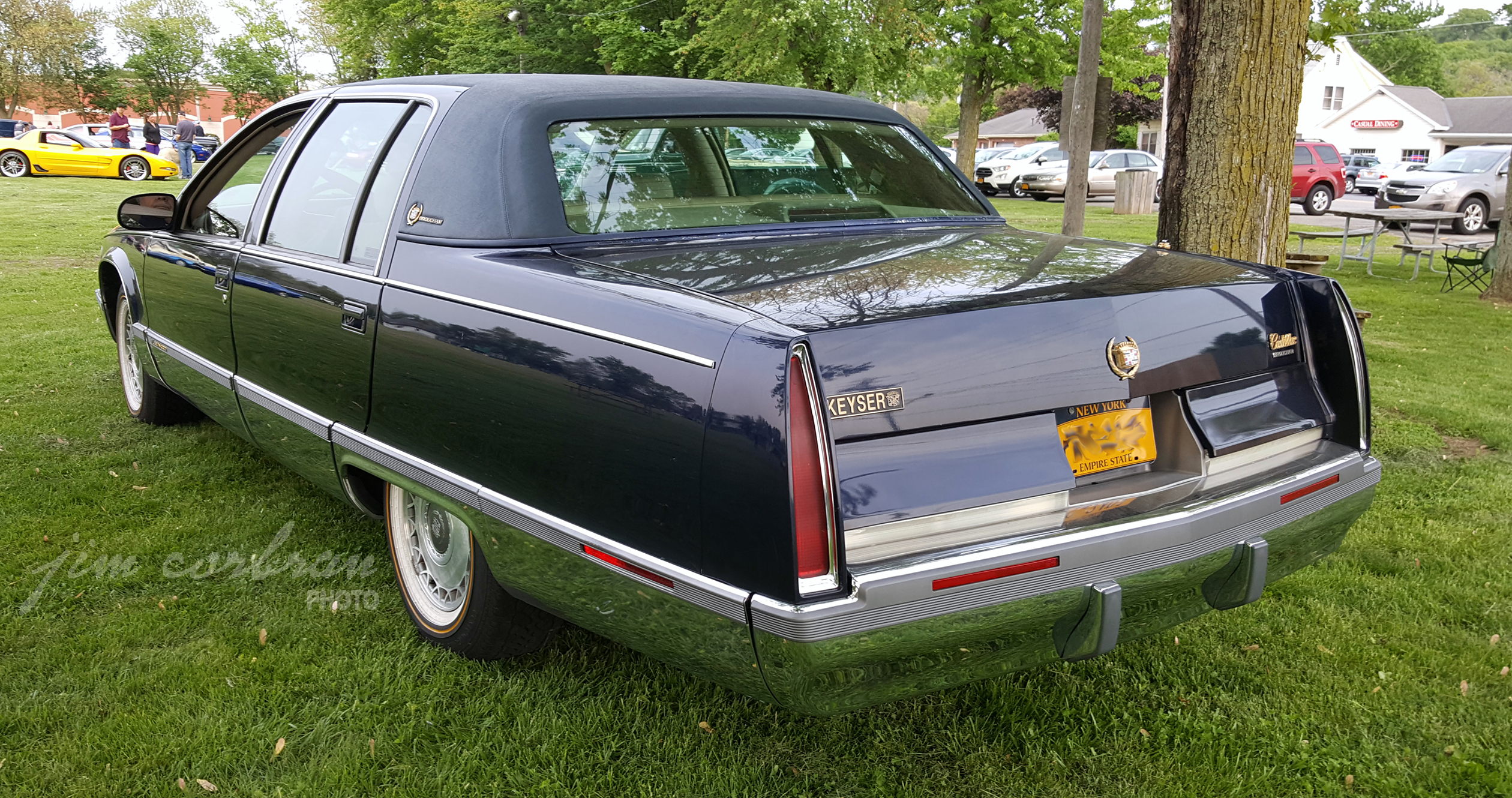 Perhaps this 1995 Cadillac Fleetwood Brougham, seen last summer in Lewiston’s Academy Park at a weekly Friday cruise night, didn’t have the commanding footprint of the pre-downsizing 1976 model. (With an overall length of 233.7 inches, and weighing 5,357 pounds, that older Gerald Ford-era barge was — well, a barge.) The 1995 model was still the V8-packing, rear-drive luxury sedan that made Cadillac famous, but it was eight inches shorter and over 900 pounds lighter than the ’76. Still, the Brougham was a big car by 1995 standards — nine inches longer than a Chevy Caprice and 360 pounds heavier. Under the hood of today’s RealRide is a 5.7L V8, while inside are such niceties as heated front seats (eight-way memory on the driver’s side), articulating headrests, and rear vanity mirrors. The stylized aluminum wheels were also a standard Brougham item; the Vogue tires seen here were not.