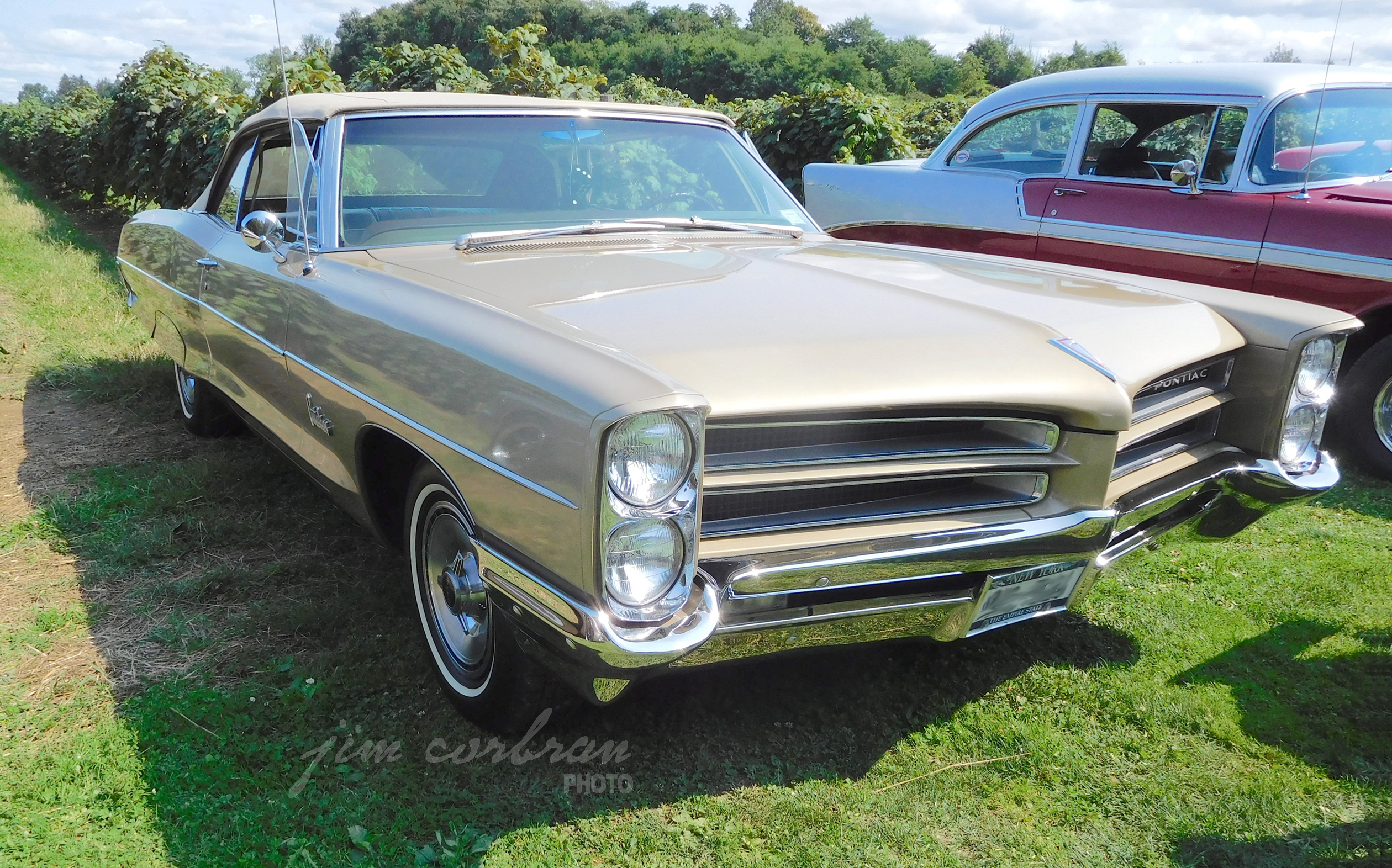 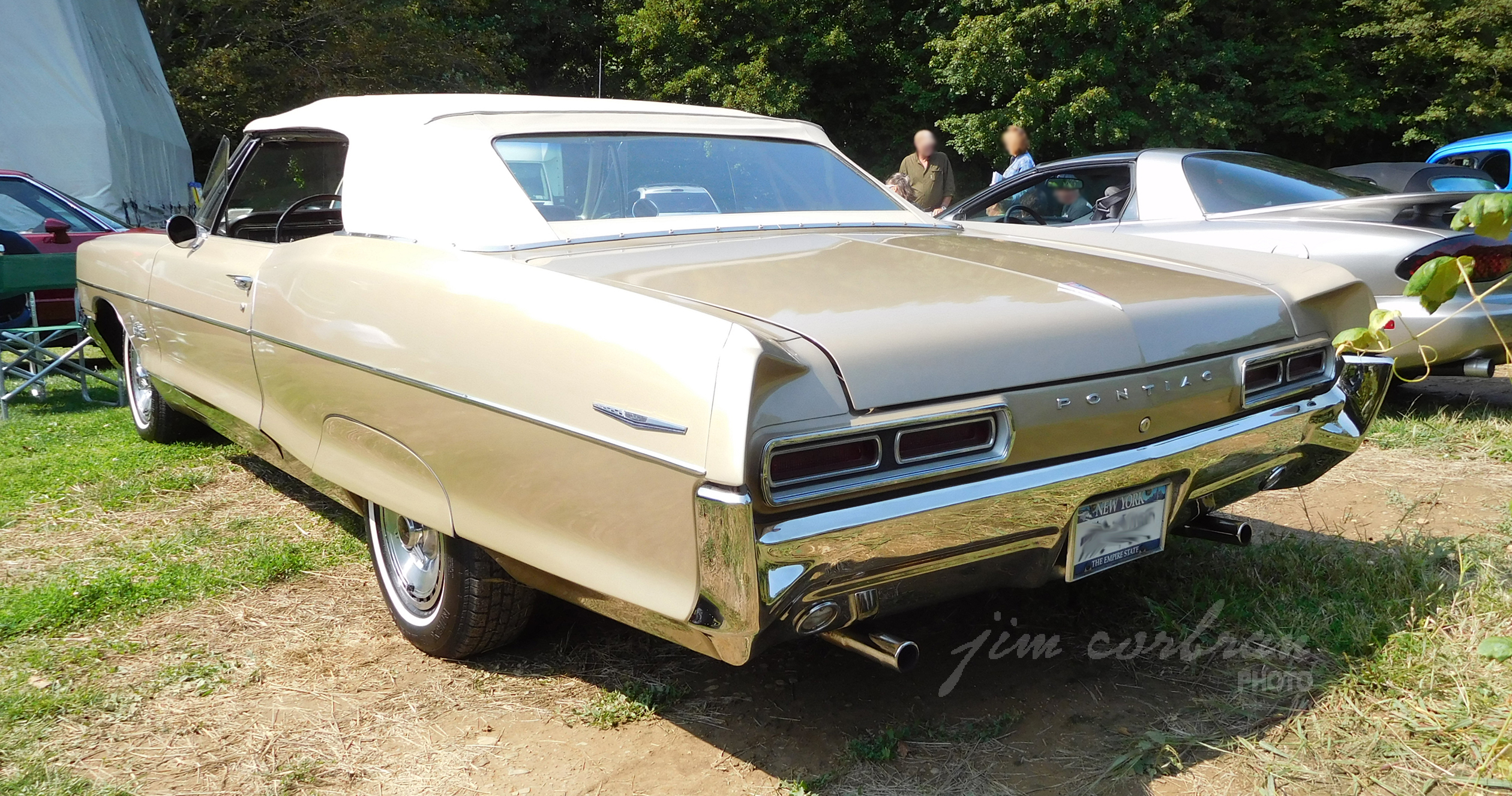 One of the first things that caught my eye on this 1966 Pontiac Catalina were the seldom-seen (these days) Custom Spinner Wheelcovers. These are from the ’67-’68 models — there was a spinner version offered in ’66, but this isn’t the one shown in the catalog (see example bottom left).You do see a lot of big Pontiacs from this era shod in the eight-lug Aluminum Drums with the Integral Hub (bottom left) — but I wonder how many of them left the factory wearing them. We saw this nice, top-up example a few summers ago at the Septemberfest Cruise-In at the Merritt Estate Winery in Forrestville. 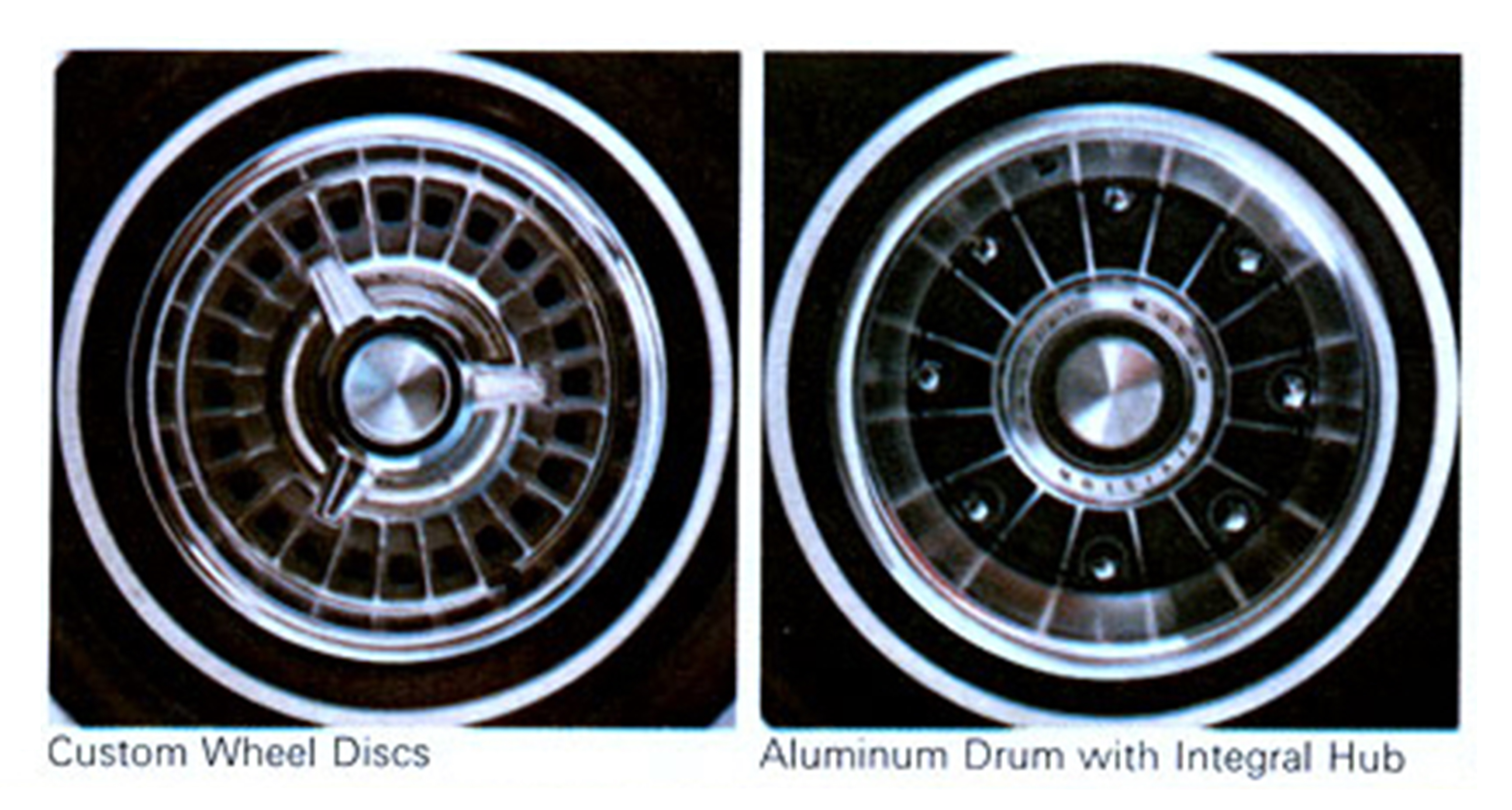