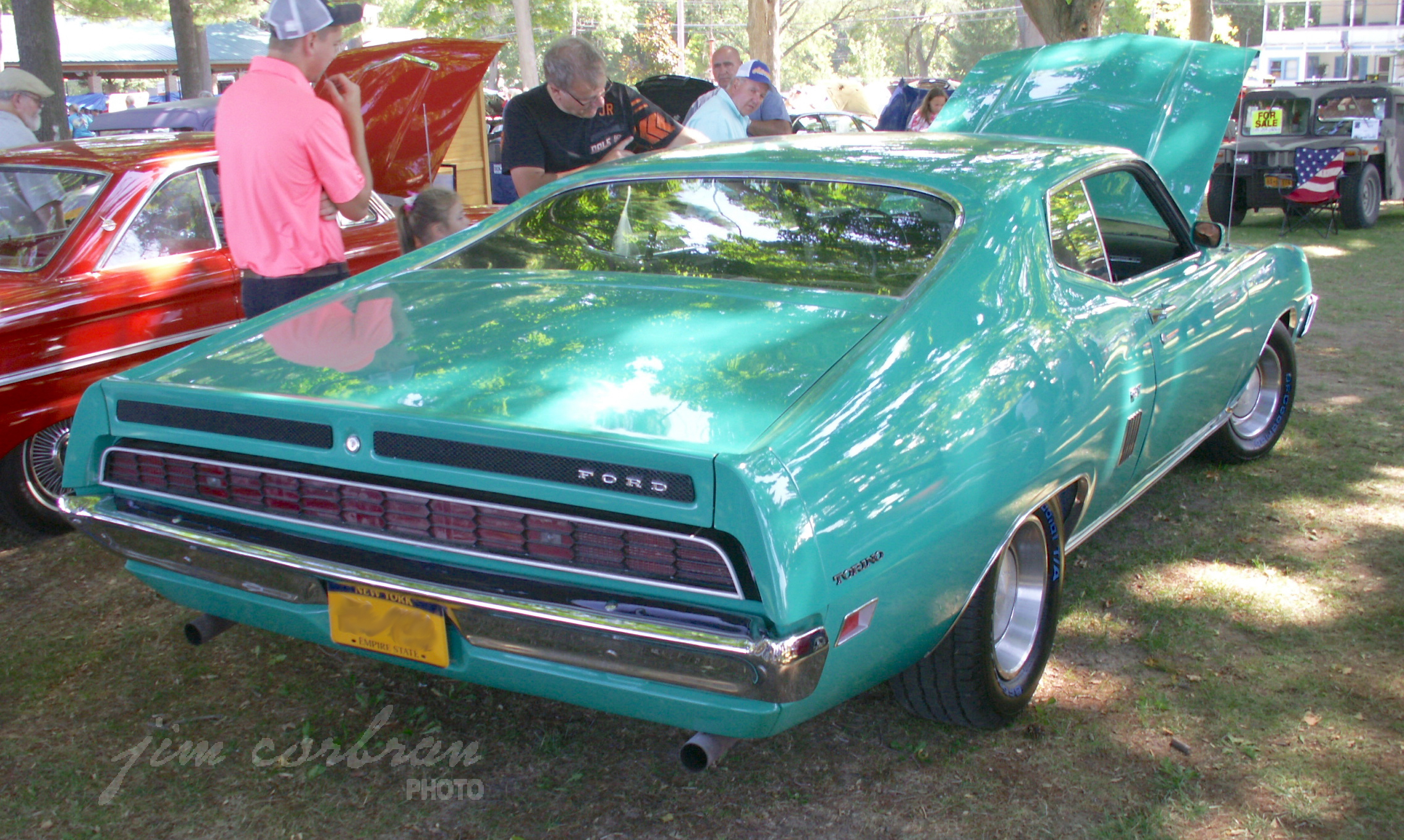 We normally eschew posting hood-up RealRides here, but this 1970 Ford Torino GT Sportsroof was one of our favorite body styles back in the day. And this is probably our favorite angle from which to view one. We also couldn’t resist the Grabber Green paint job! Ford had some other interesting colors in 1970, along with some which just had interesting names (see bottom photo). The Torino came in a slew of other body styles for 1970: a “regular-roofed” pillarless two-door hardtop, four-door sedan and hardtop, convertible, and station wagon. Some of these were available in the bottom model range which still hung on to the Fairlane 500 moniker. Halfway through the model year, a new base model appeared in two- and four-door sedan and four-door station wagon body styles badged as a 1970-1/2 Falcon (below). Saw this RealRide at the 2016 Olcott Beach summer car show. 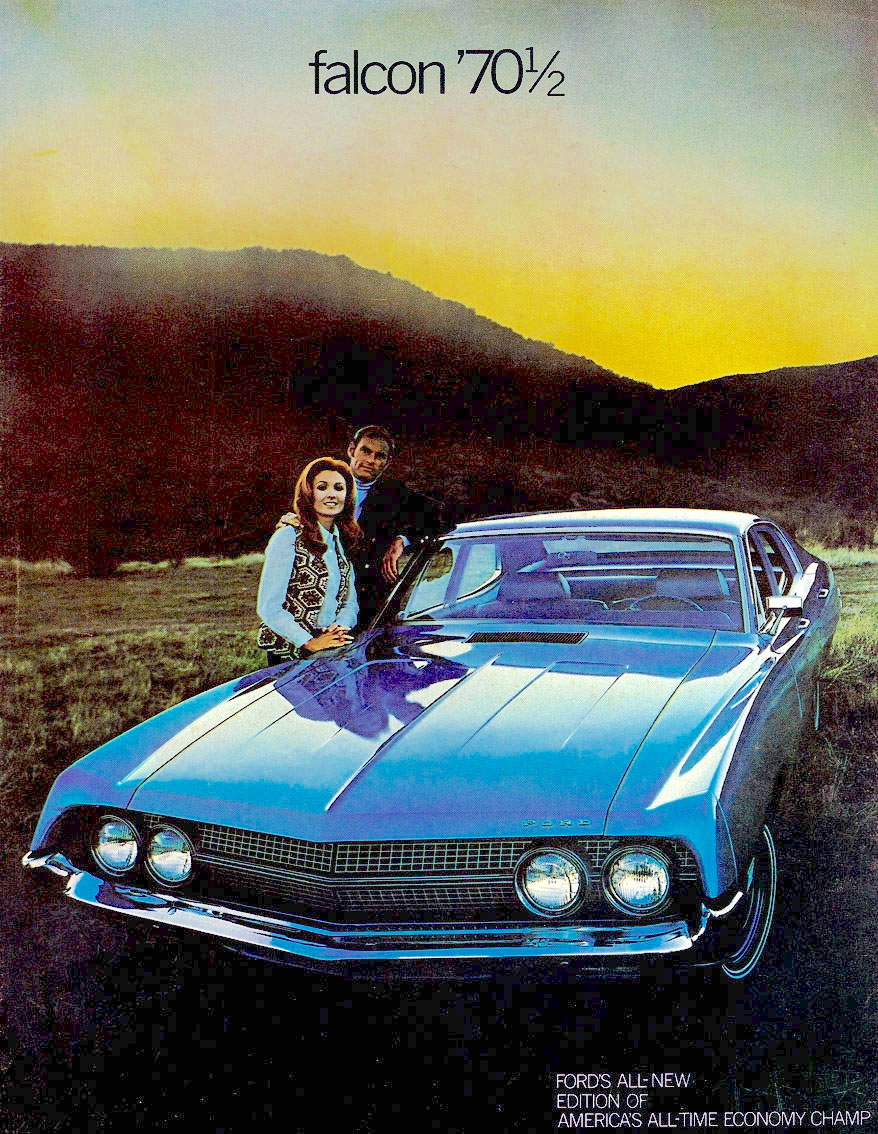 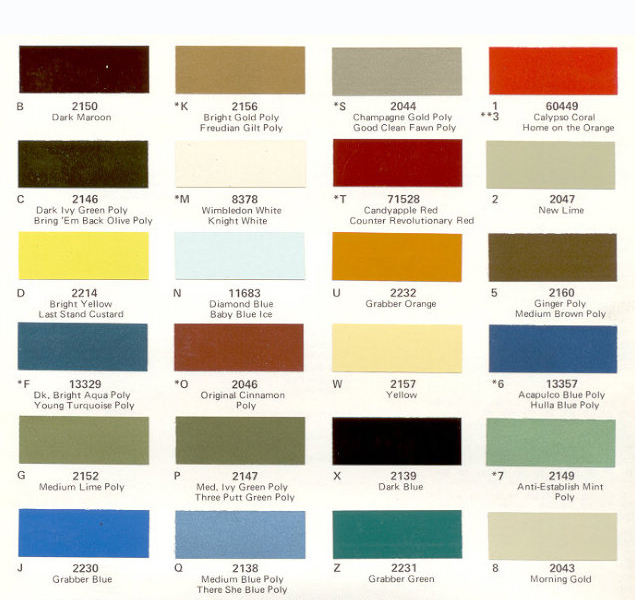