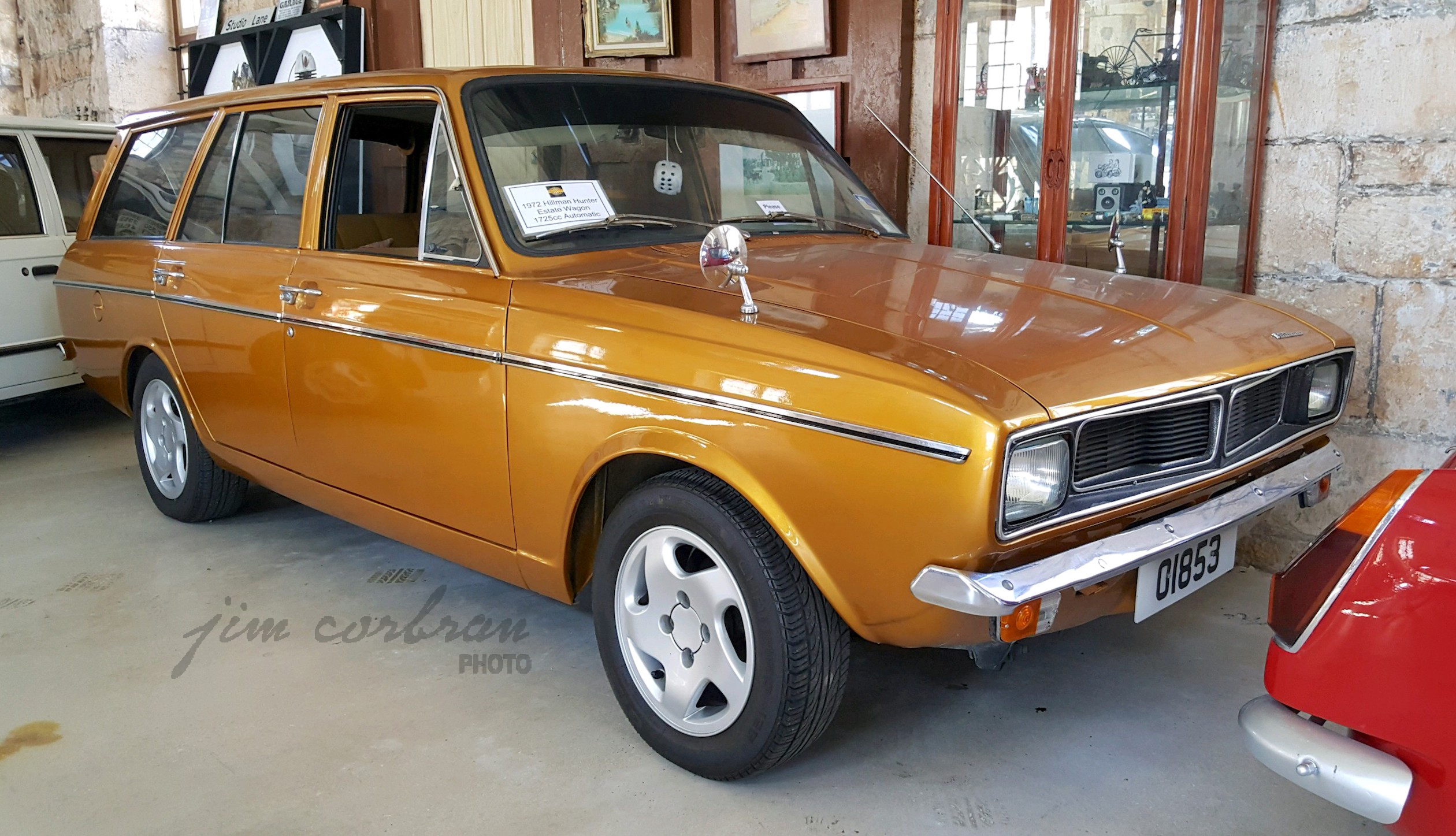 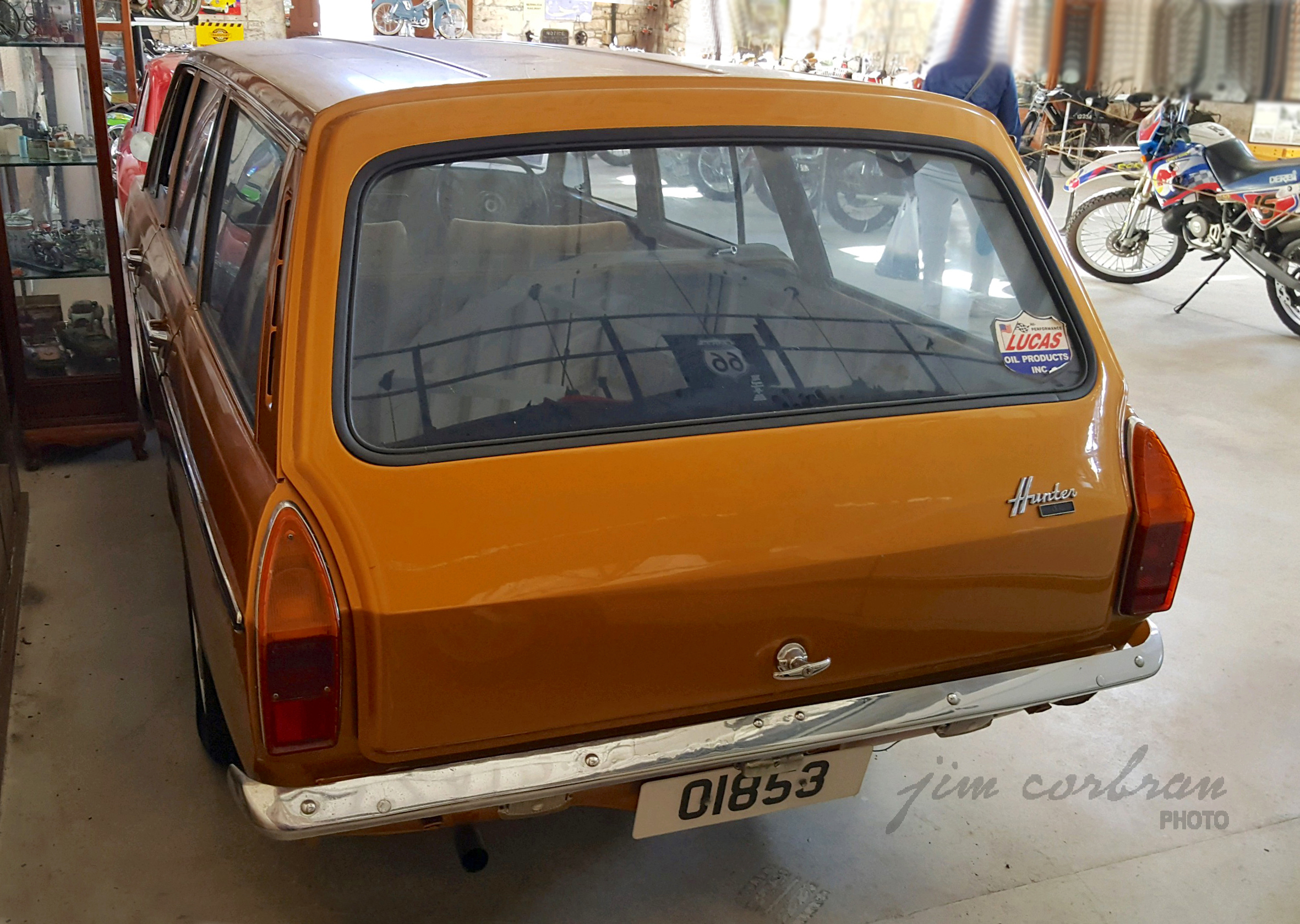 As the blokes at allpar.com point out, the rear lamp clusters on the 1972 Hillman Hunter Estate were plucked out of the parts bin of the Sunbeam Rapier  (it’s all in the family, eh?) — see bottom photo. The Estate version of the Hunter was launched in 1970, and the manufacturer was Hillman, at that time part of Chrysler UK, who told us in the brochure that under the bonnet was the “Proven 1725 cc engine;” it was surrounded by a “Tough unitary construction body.” We came upon this one last fall while travelling; it was inside the Bermuda Transport Museum in Somerset, Bermuda, just a stone’s throw from the Royal Navy Dockyard where cruise ships park whilst passengers sample the local fare. 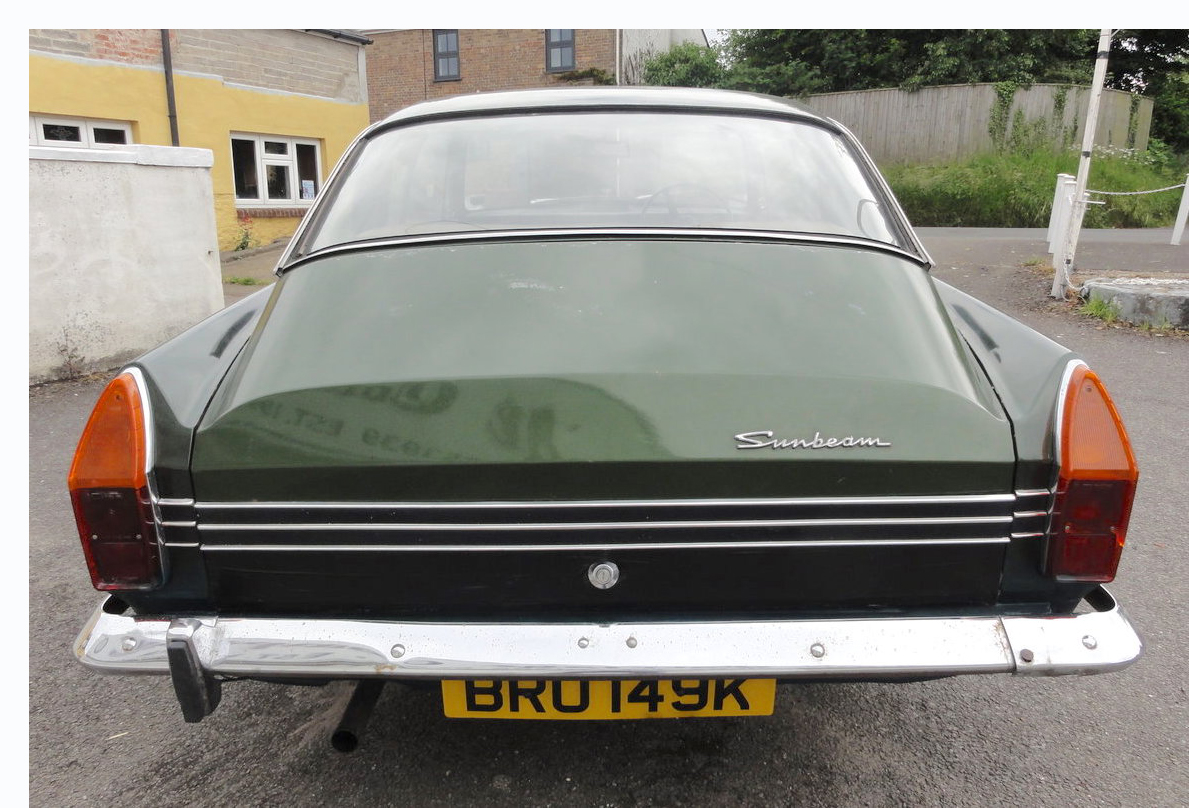