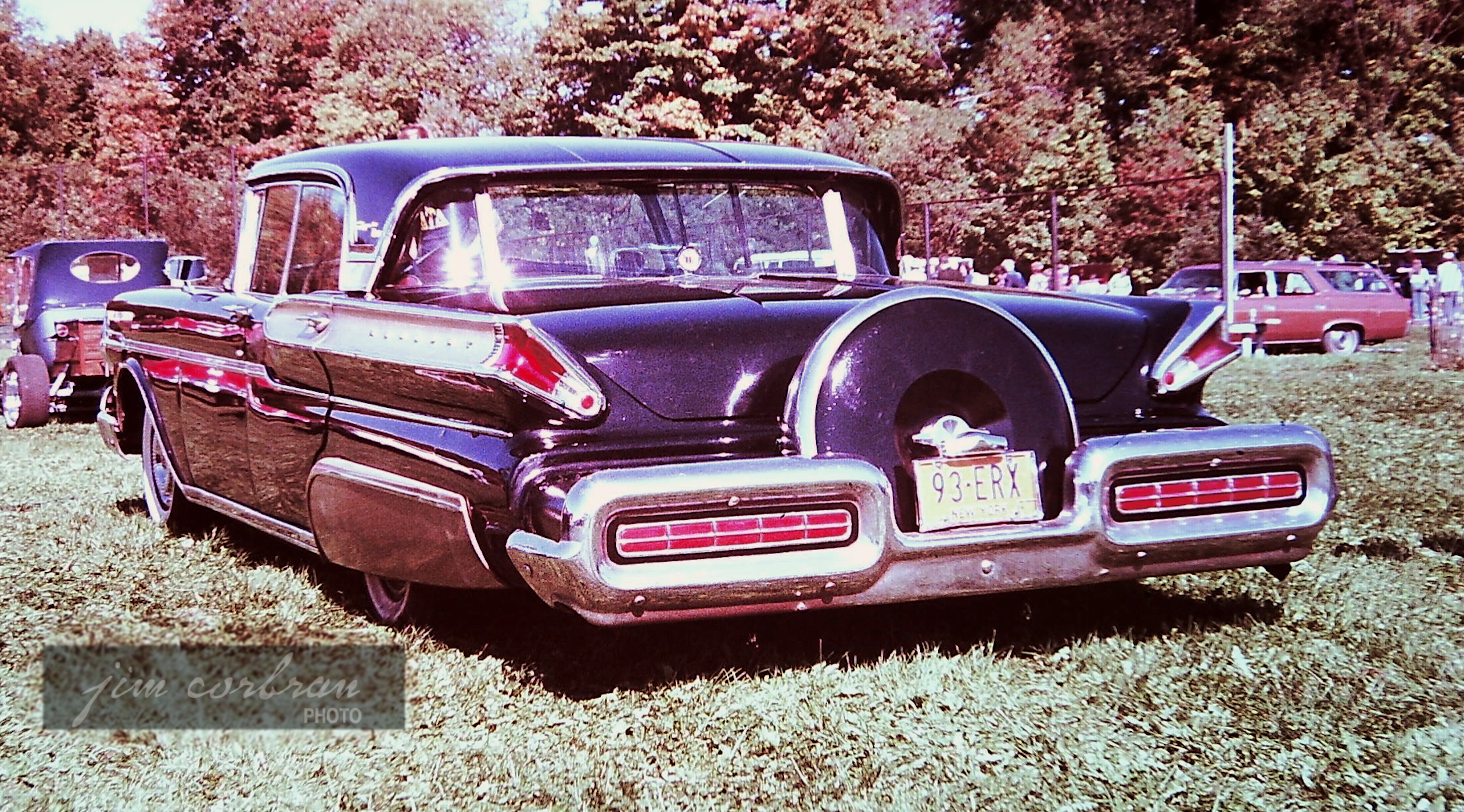 Lookee here, it’s another transparency conversion from the summer of 1976 car show at the Williamsville Fire Hall on Main near Transit in Williamsville. This one’s a 1957 Mercury Turnpike Cruiser, which Merc called the “Most distinguished of the 1957 Mercurys.” It certainly was eye-catching, with its retractable “Breezeway” rear windscreen,  crazy concave rear quarters (which Mercury described as a “projectile theme”), and — although you can’t see them here — some of the first quad headlamps on an American production car. These cars were b-i-g! The trunk was “31-cubic-feet big!” and this one, with its custom Cruiser fender skirts and Continental rear tire kit, looks too long to fit in the garage! Mercury was quite stylish for 1957, with both two- and four-door hardtop station wagons in the lineup. Colors were also very much in step with the era (bottom of page). 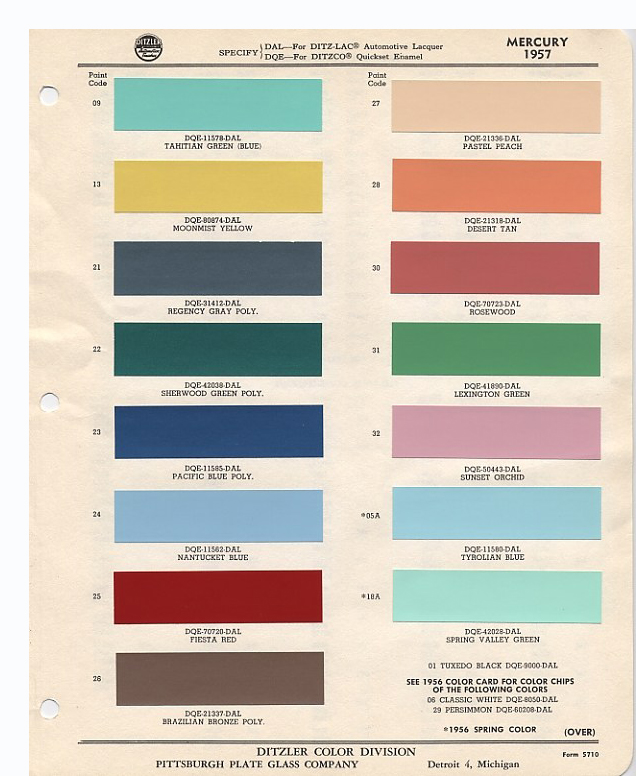