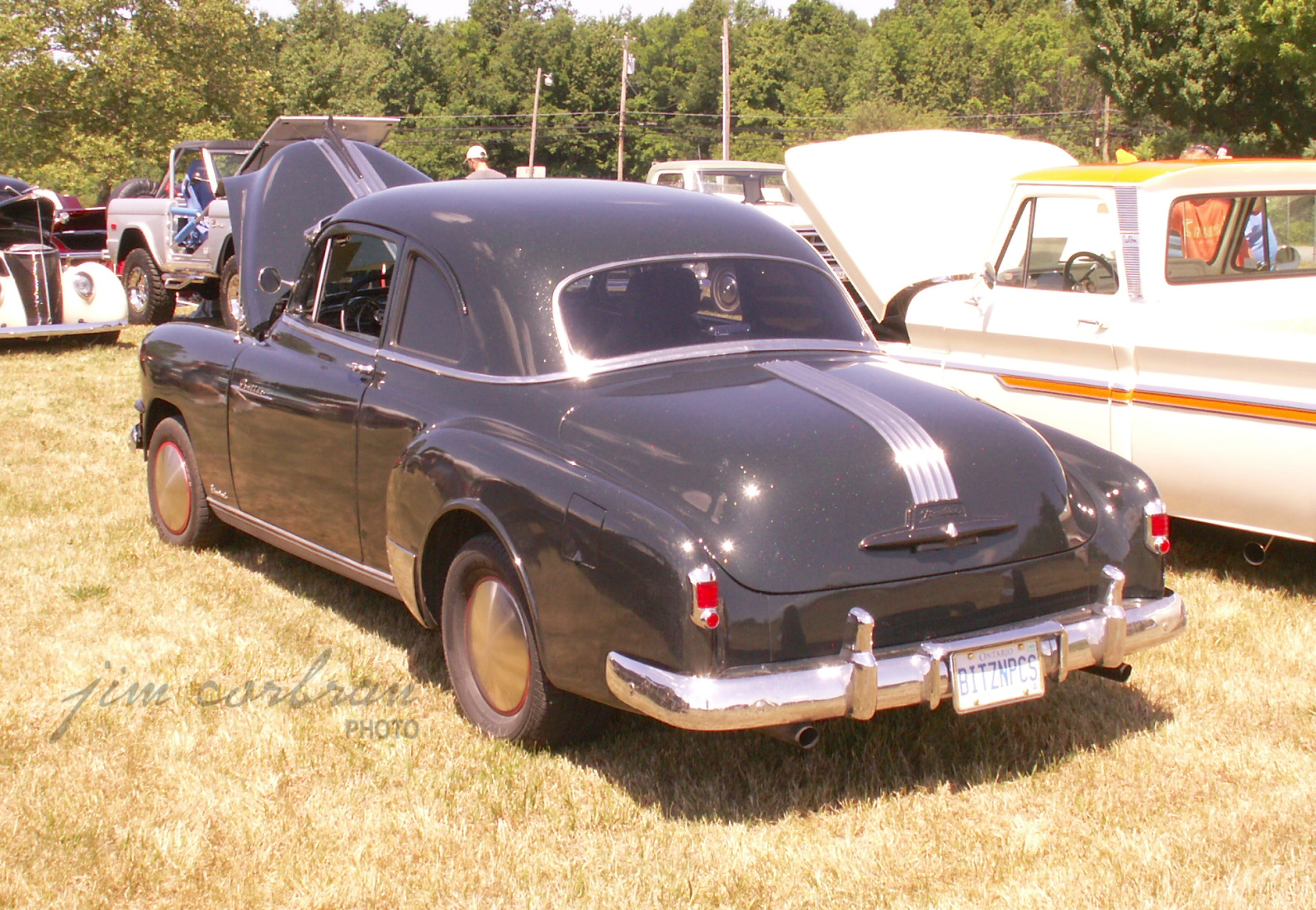 The Ontario license plate reads BITZNPCS. The car is a 1952 Pontiac Fleetleader coupe. It wasn’t sold in the States, and was a mash-up of Pontiac & Chevrolet components. This one, as the tag states, even more so. The rear wheel wells have been radiused to better show-off the Moon disks; from this angle you can see a hint of a front windshield visor; the metalflake paint really sparkles in the sun; and most likely (judging from the dual exhausts) there’s an eight under the hood. But, is it the straight eight from 1952, or some other powerplant? This body style is the coupe, which differs from the two-door sedan in the shape of the roof — the coupe is more close-coupled. Pontiac didn’t list this coupe body style in the U.S. (seemingly it was dropped after MY 1951), but north of the border it was still available as the Fleetleader Special Business Coupe (below),and the Fleetleader Special and Deluxe Sport Coupes. We saw this one way back in 2012 at the annual Niagara County car show in Lockport.