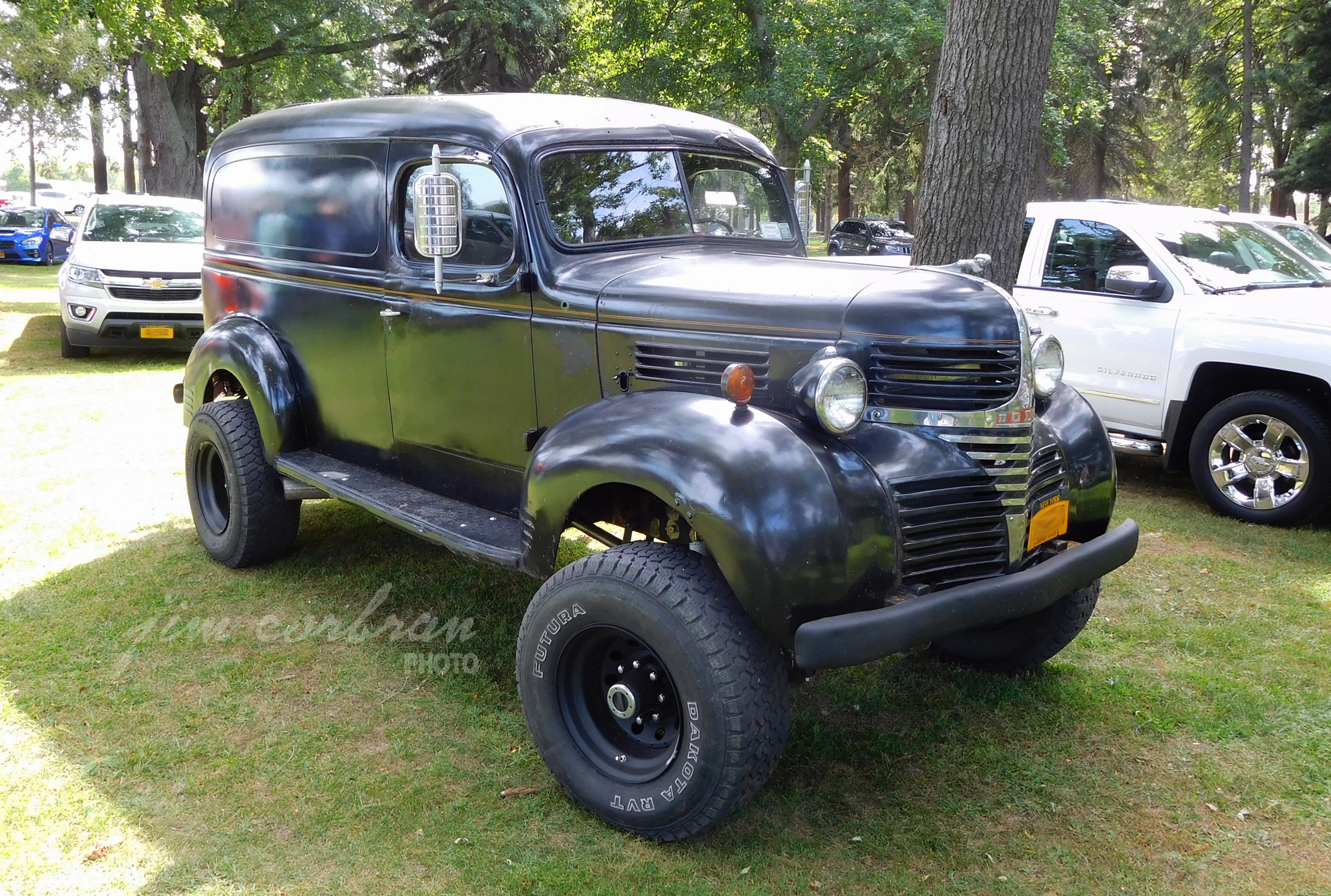 I like the looks of this 1940 Dodge panel truck because it appears that it could drive through just about anything that WNY weather cares to throw at it. We came across it at the 2017 Olcott Beach Summer Car Show in Olcott. For fairer weather, Dodge also offered what it called a canopy truck (bottom of page) which it touted as “The ‘Best Buy’ for produce men, grocers, parcel delivery firms, and many others.” The canopy curtains were made of something Dodge called “special long-wearing material.” Both the canopy and the regular panel truck were available in two versions: a half-ton with a 116” wheelbase, and a one-ton whose wheelbase measured 133 inches.