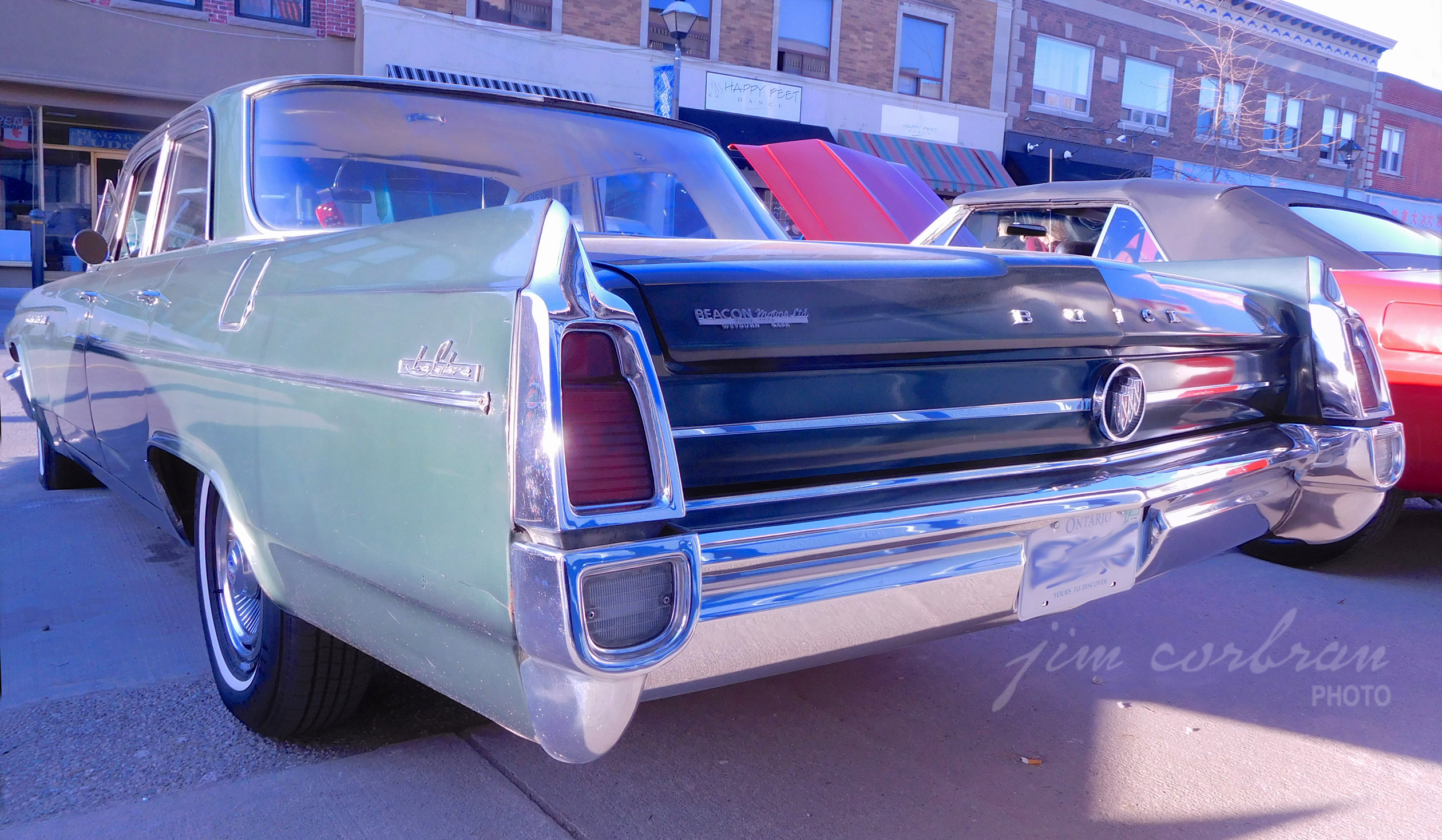 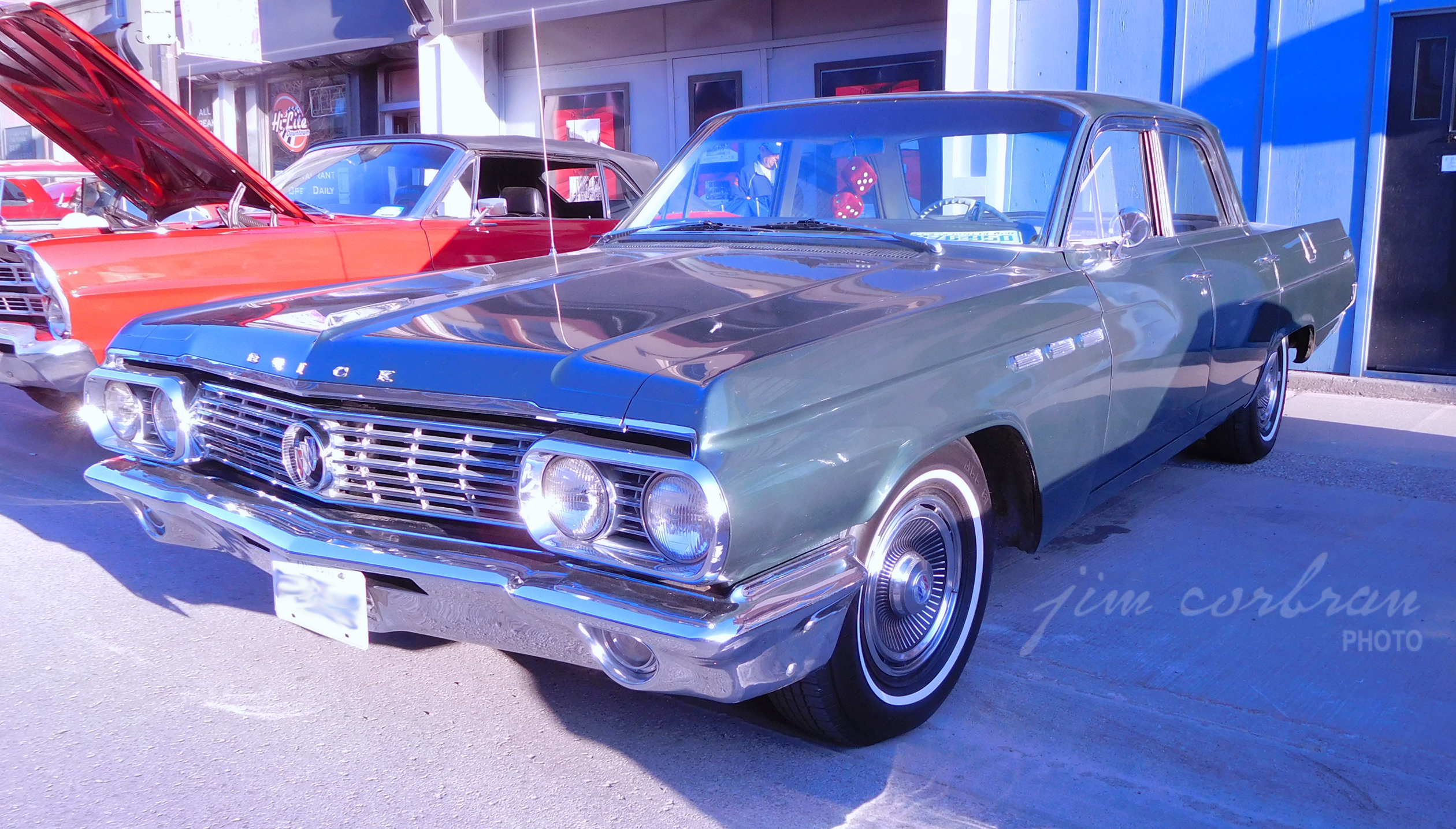 According to the trunk badge on this 1963 Buick LeSabre, it was bought at Dreis Bros. Beacon Motors Ltd., in Weyburn, Saskatchewan. Your geography lesson for the day: Weyburn is the tenth-largest city in Saskatchewan (the only Canadian province without a natural border), whose capital is Regina, and whose largest city is Saskatoon. Weyburn is 70 km north of the US border with North Dakota. The building on Souris Avenue which housed Dreis Bros. is now occupied by, among other things, the Welsh Kitchen & Bakery. These days, the Buick dealership in Weyburn is Barber Motors on Government Road, which sells all four GM lines. The LeSabre in 1963 was Buick’s least-espensive full-size car. Buick told us that “…of course, it costs more than the so-called ‘lo-price’ makes, but the extra value makes it well worth the modest difference in price.” Saw this nice Willow Mist example a couple of summers ago on Queen Street in Niagara Falls, Ontario, at a weekly Cruising-on-the-Q cruise night. 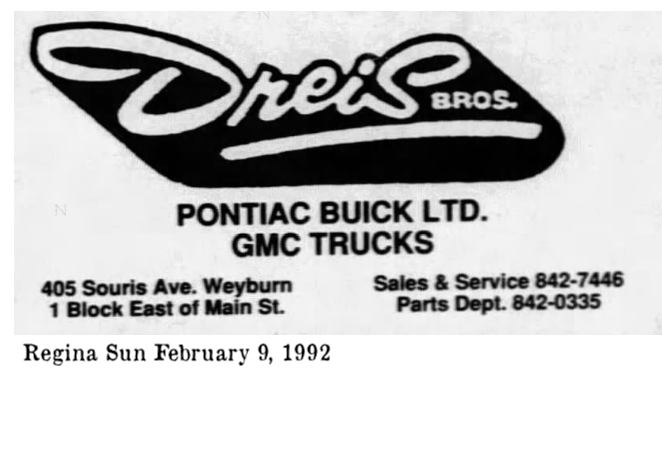