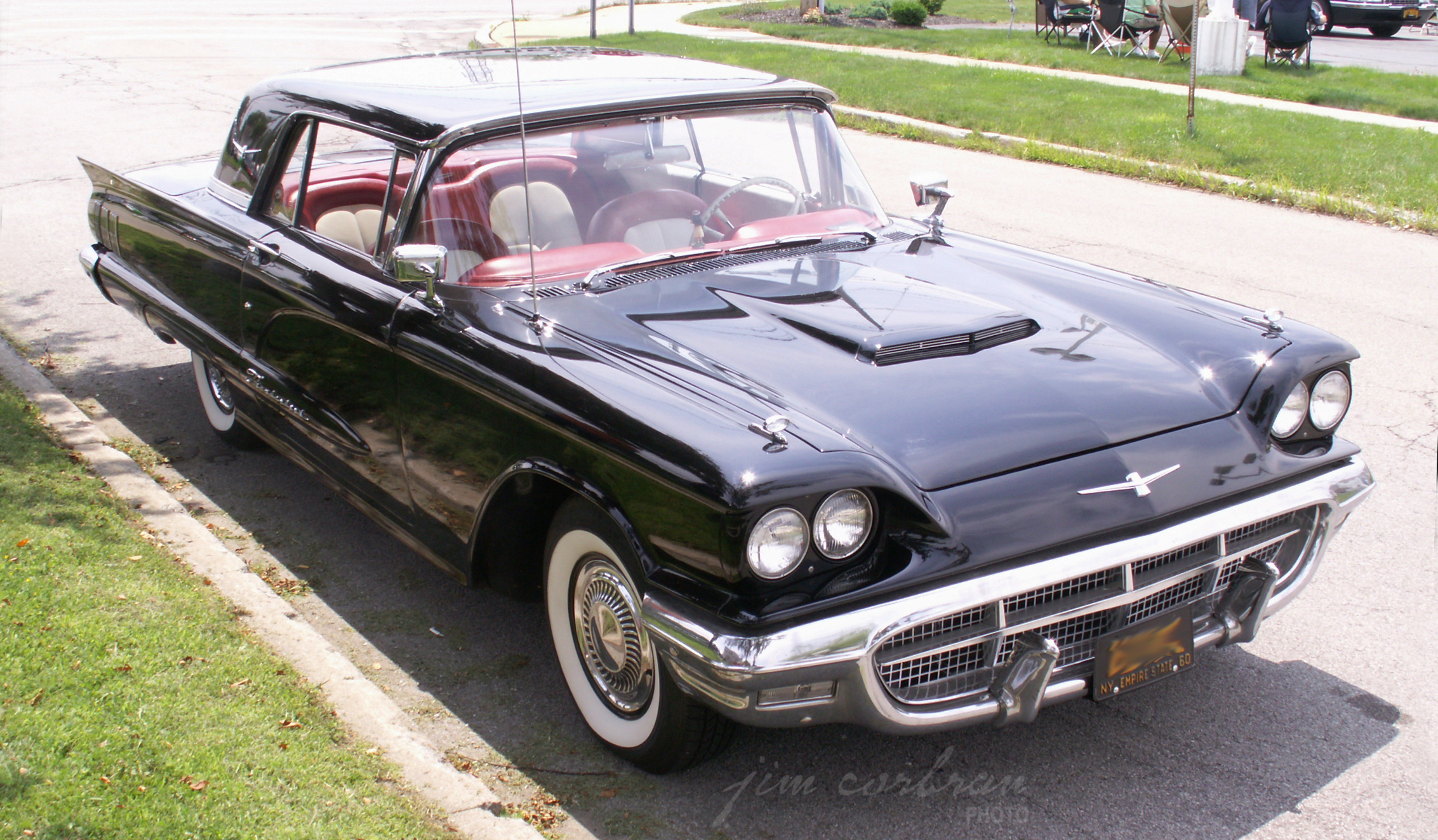 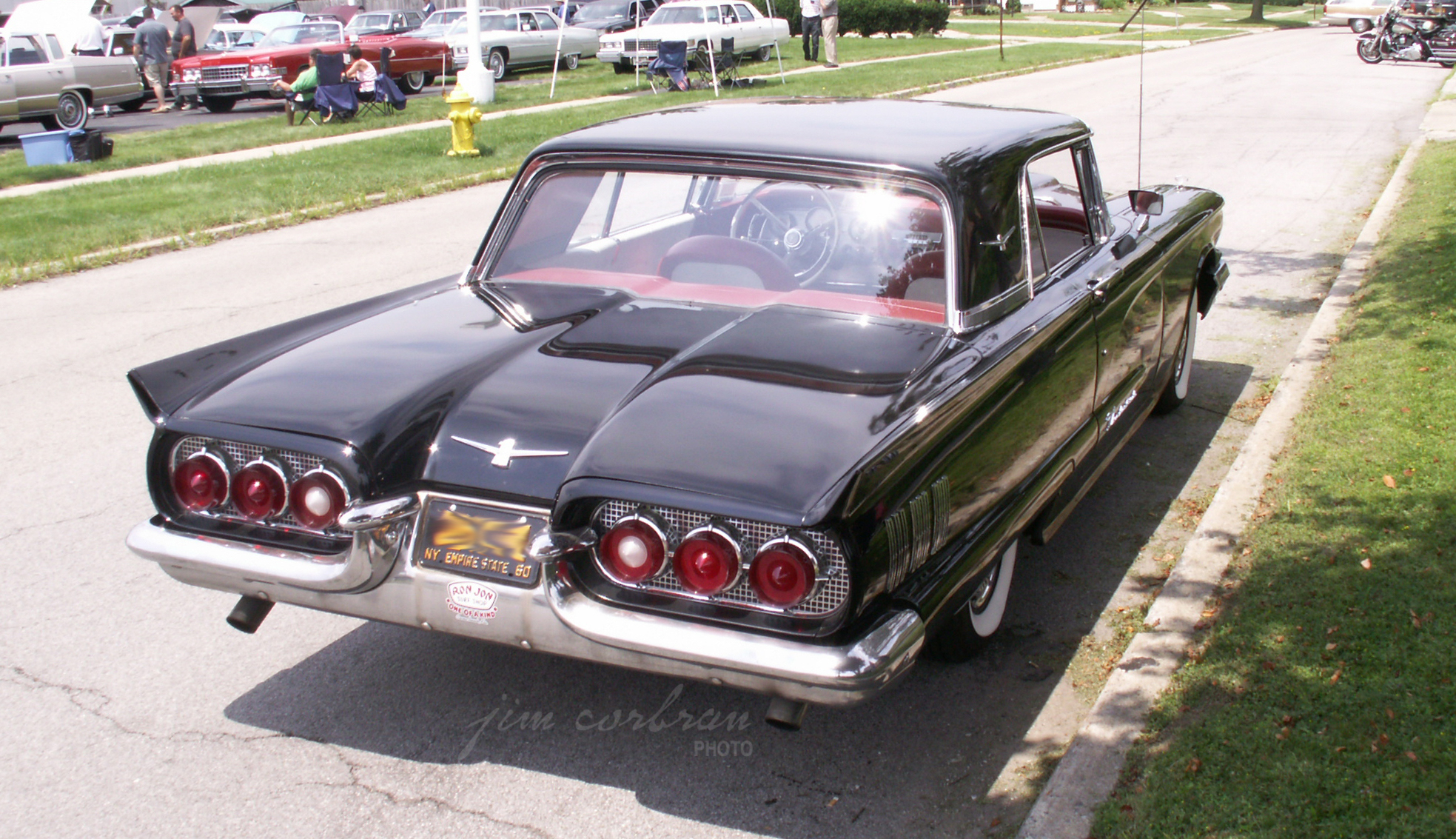 Some car wags insist the personal luxury coupe genre was instigated with the advent of Buick’s Riviera for MY 1963. Others point to the all-new Pontiac Grand Prix of 1969. Somehow they seem to forget Dearborn’s mid-century decade-closing lineup — from whence this 1960 Ford Thunderbird sprung. The ’58 model was the first of the “square Birds” which featured all-new styling and — horrors! — a back seat. This 1960 model, “The only car of its charm in the world” according to the brochure, was the last of these 2nd-gen ‘Birds, which would give way a year later to the first “bullet-nosed” models. This Raven Black hardtop (a convertible was also offered) was seen in the spectators’ parking area at the 2015 Western NY Region Cadillac & Lasalle Club Car Show at Keyser Cadillac in Williamsville. 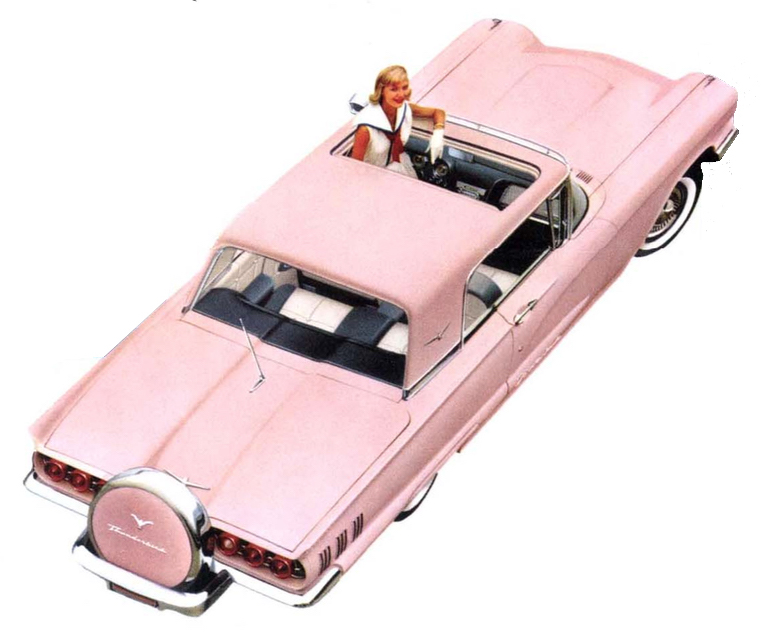