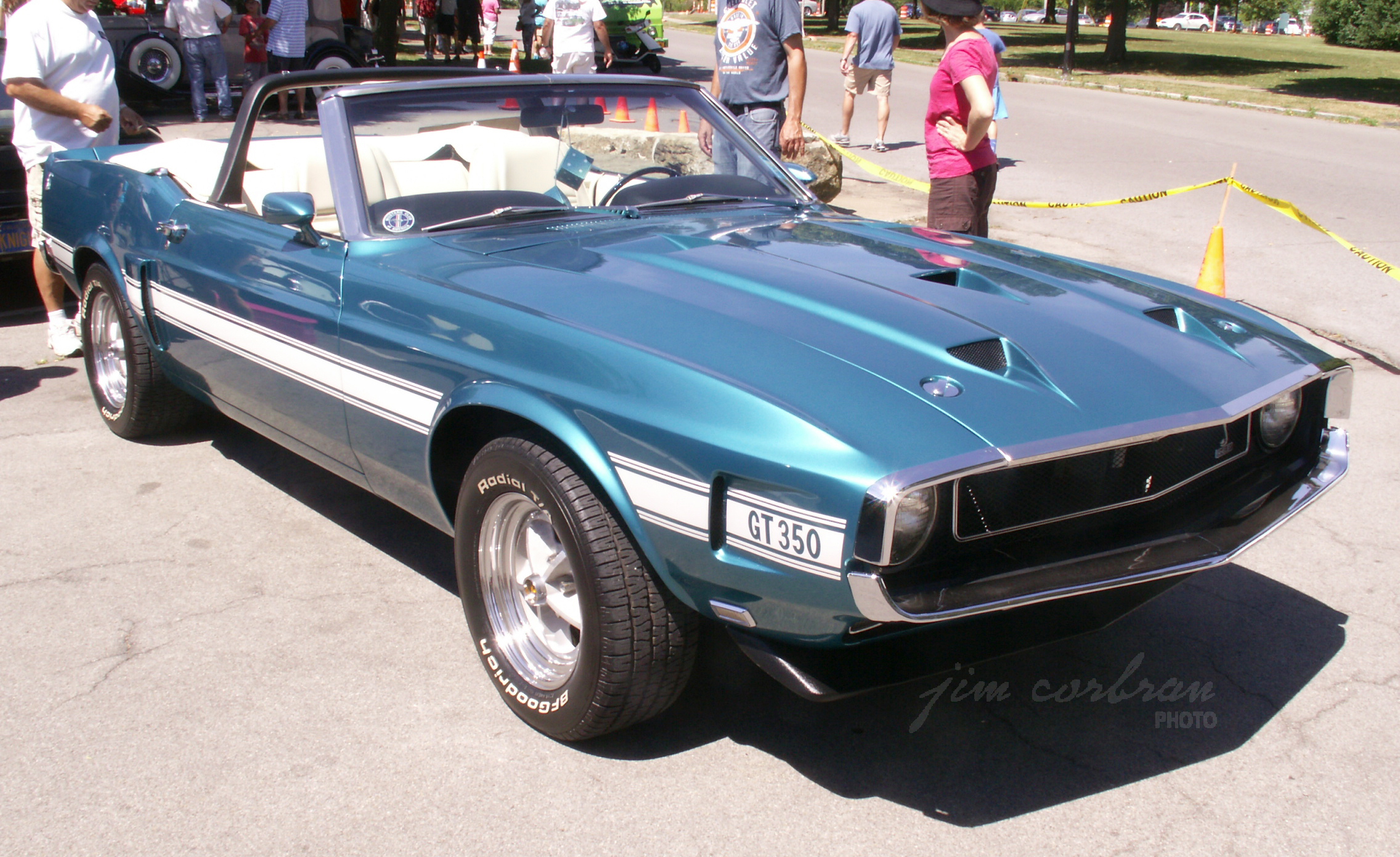 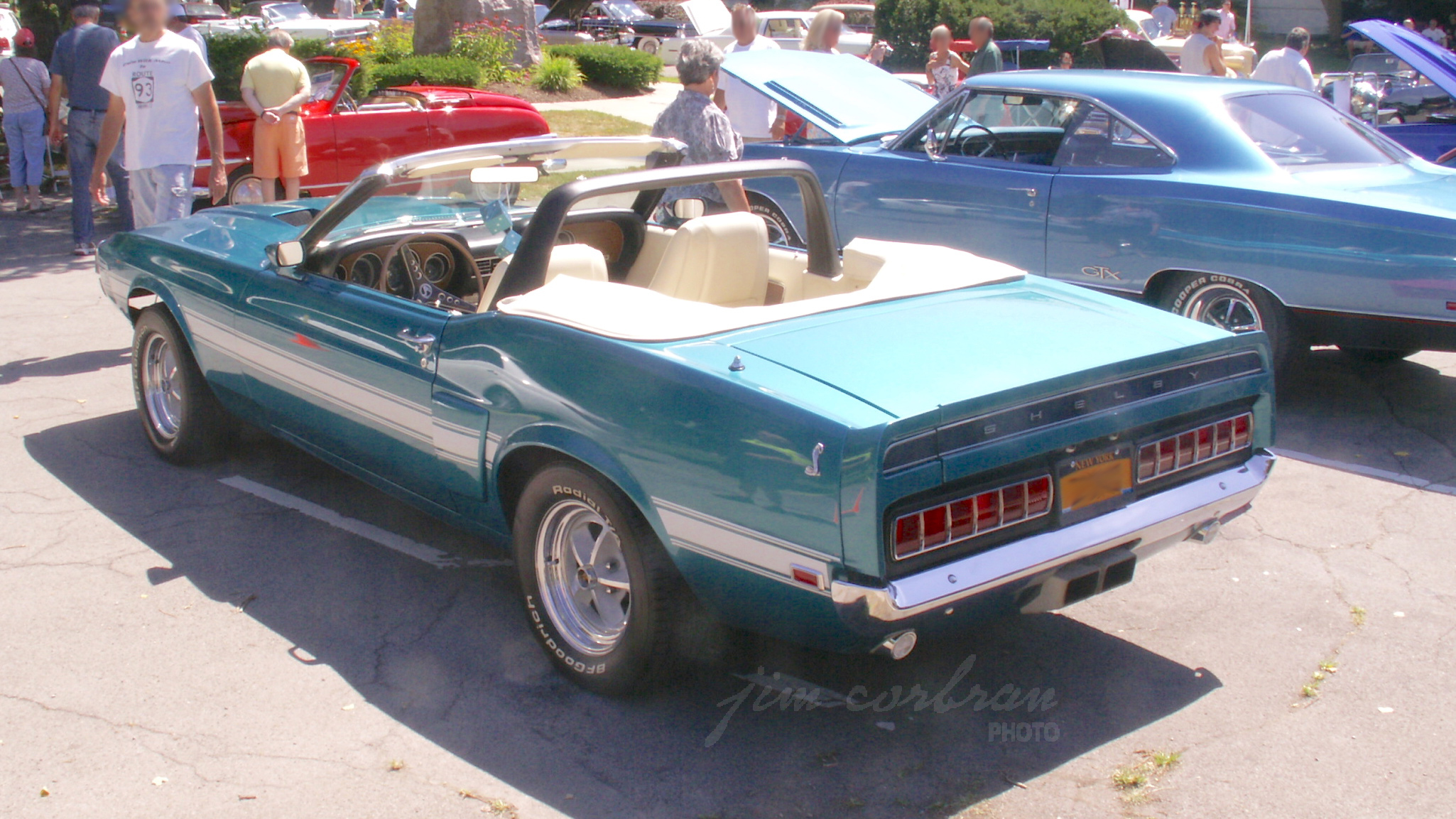 Came across this Shelby GT350 at the 2015 Buffalo History Museum car show. Based on Ford’s Mustang, the Shelby was available in both convertible and SportsRoof (fastback coupe) models, as well as in GT350 and GT500 guises. As you can imagine, the numerical difference refers mostly to the drivetrain — this GT350 came standard with a Ram-Air 351cid V8 rated at 290 hp, while the 500 had the 428 Cobra Jet, which put out 335 hp. Both were mated to a four-speed manual transmission (a three-speed automatic was optional). The air scoops, as well as the hood locks, were fully functional on both models. The 1969 and 1970 cars were basically the same, with the addition of two hood stripes and a chin spoiler for 1970 — which means that this car is either a 1969 with a 1970 chin spoiler, or a 1970 without the hood stripes. We report, you decide.