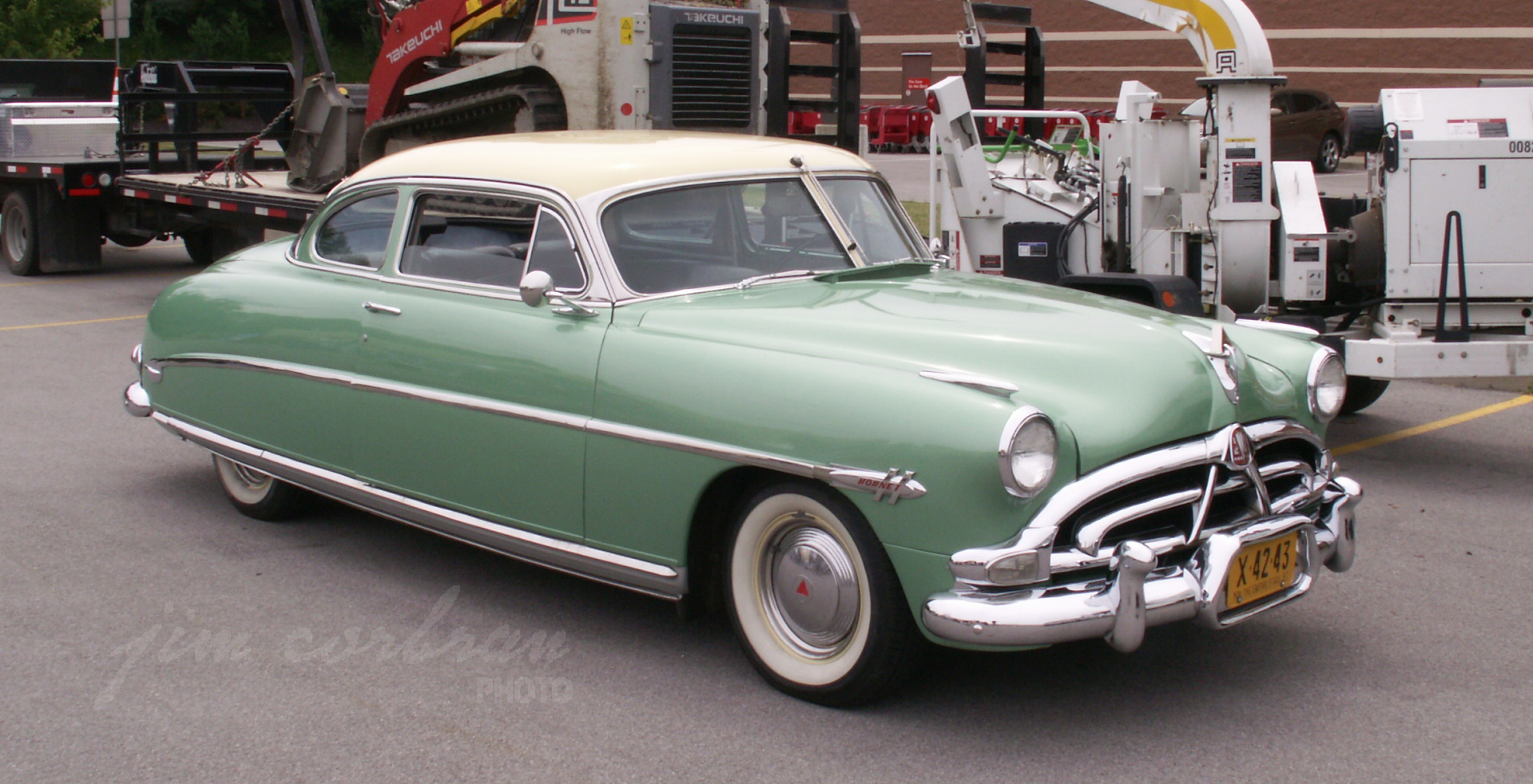 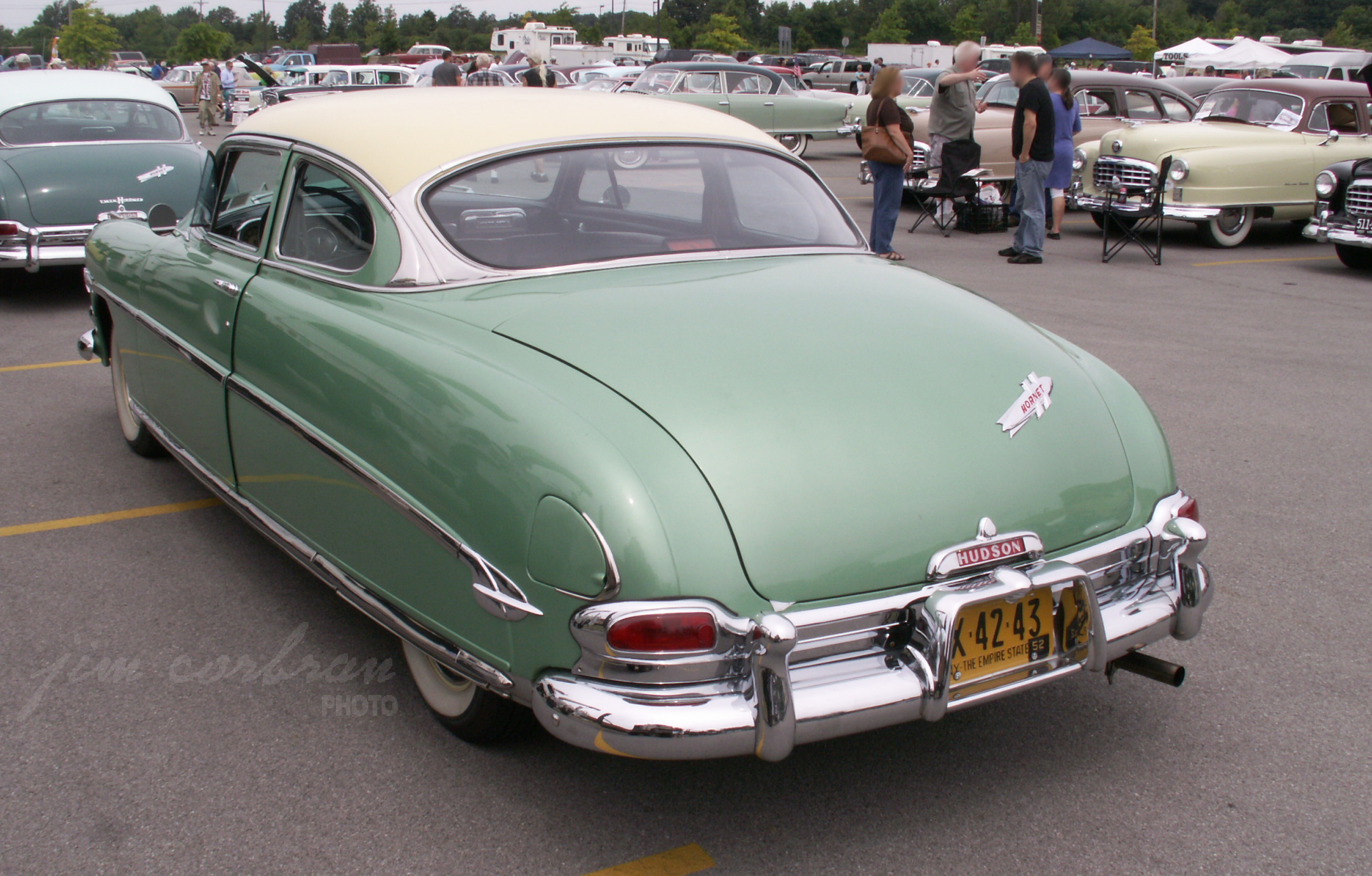 When the Step-Down look debuted for MY 1948, predecessors of this 1952 Hudson Hornet looked quite futuristic, especially when parked next to the pre-war holdover models of Plymouth, Ford, and Chevy. But by this time, the Big Three had restyled their lineups, and the fifth year of this look was getting old. It was an expensive look to update, which explains why the cash-starved Hudson couldn’t do much more then update grilles and trim year-to-year. A 1954 rear-fender redesign didn’t help much. Nor did the expensive introduction of the compact Hudson Jet, which went nowhere fast. No surprise that Hudson ended up merging with Nash to form American Motors in the spring of 1954. Unfortunately for Hudson, their nameplate disappeared after the 1957 model year (those last three model years consisted of nothing more than restyled Nash cars). Saw this two-toned Hornet at the 2013 Grand Nashionals in Batavia.