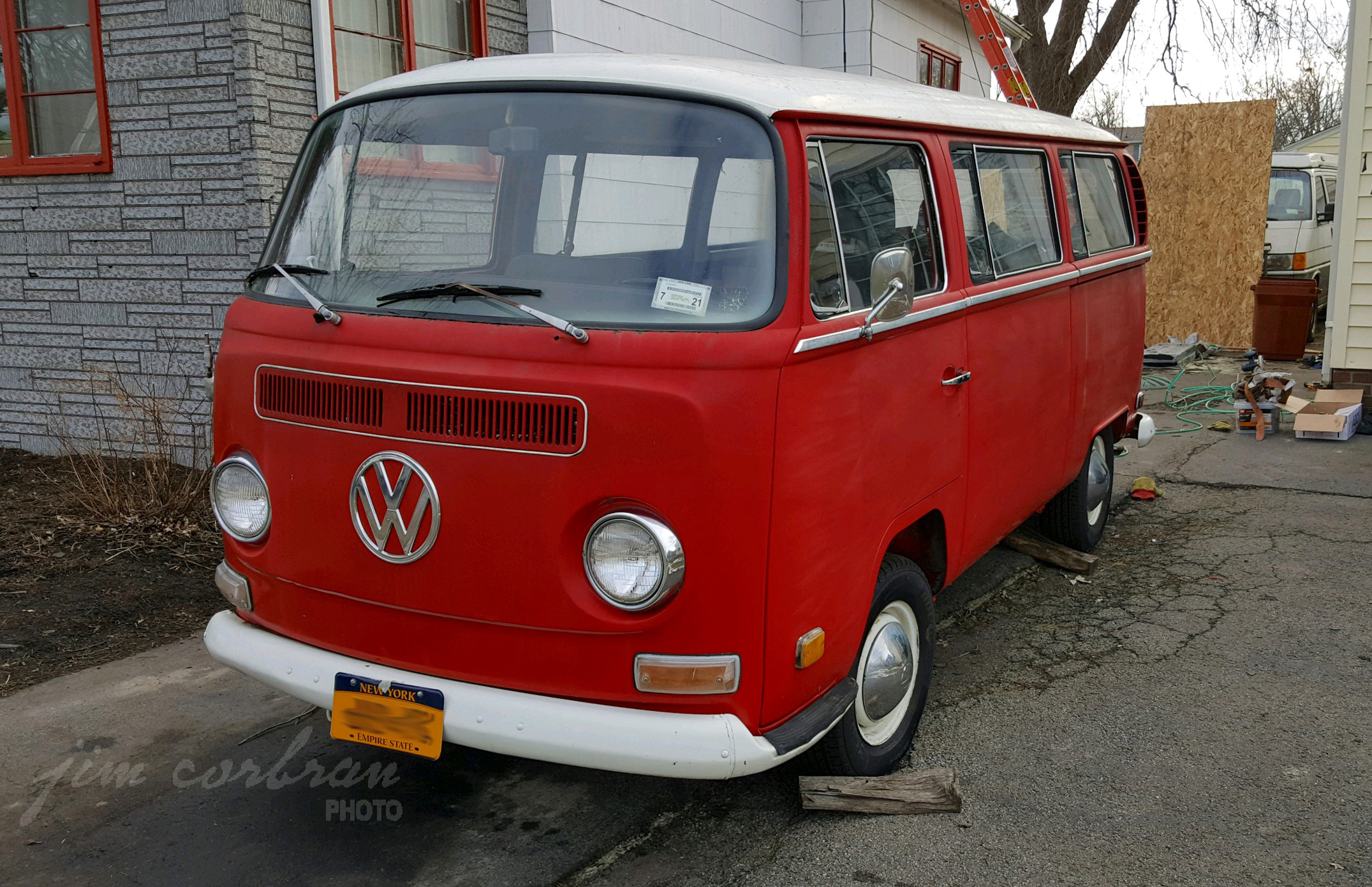 Today’s and yesterday’s RealRide photos should help dispel the myth that we here in the Buffalo/Niagara Region of New York State spend the months of October through April living on a frozen tundra. This 1970 Volkswagen Type 2 was spotted just around the corner from the RealRides headquarters as we started off on a seven-mile walk around the City of Tonawanda one day last week in rather balmy weather (for February), culminating with a trek up the Riverwalk pathway along the Niagara River. For those of you not familiar with our geography, had I put a raft in the water, I’d have gone over Niagara Falls about 11 miles (and maybe 20 minutes later) upriver. The Type 2 was known by many names around the world, including Transporter, Kombi, Bus, or if you were in Portugal, Pão de Forma (which according to Wikipedia roughly translates to Loaf of Bread). This red one is a second-generation Type 2; the third-generation, which debuted for MY 1979, was widely known as the Vanagon.