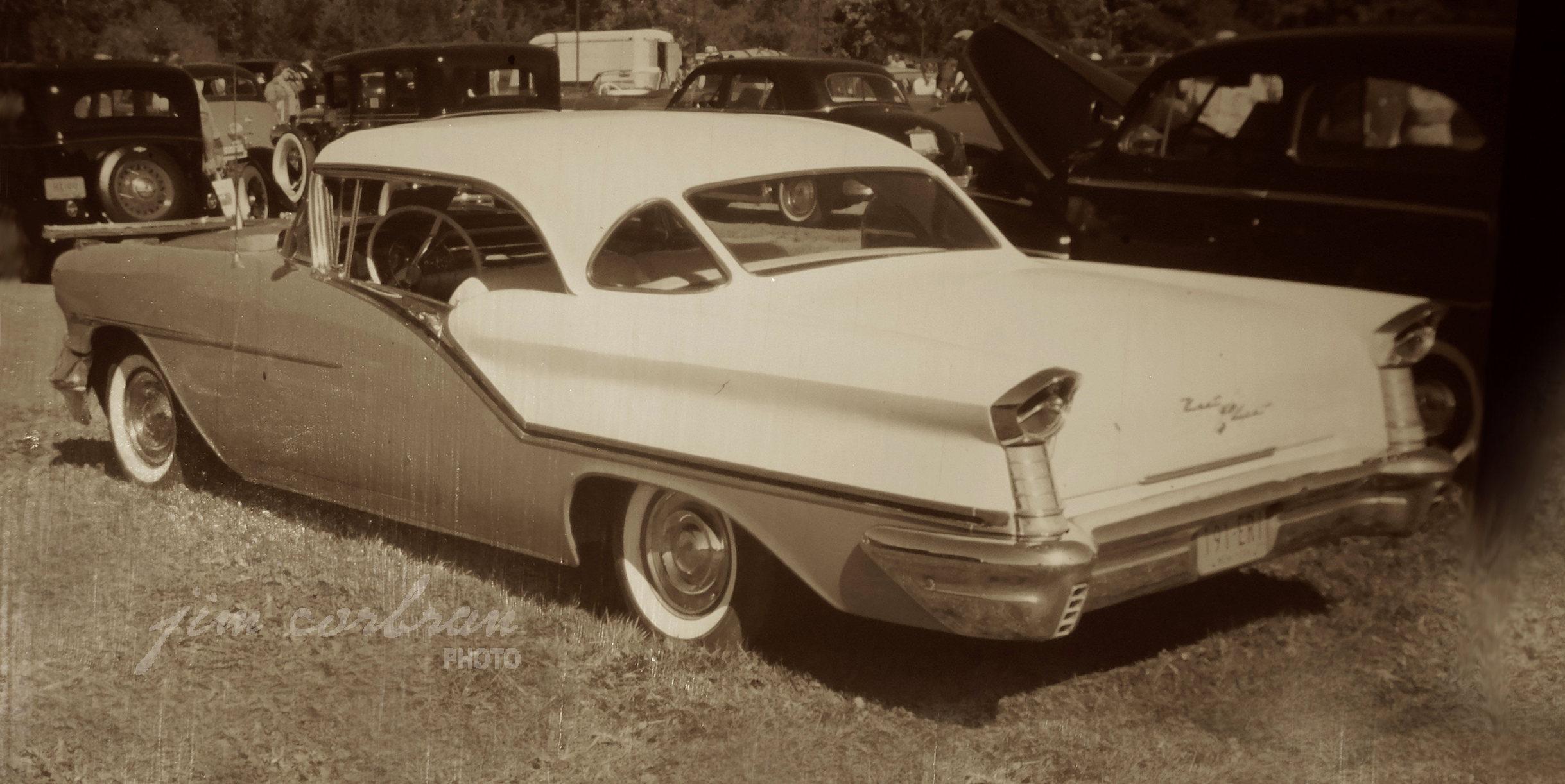 Some people have blue moods, but the day we photographed this 1957 Oldsmobile Ninety-Eight Holiday Coupé we were feeling rather sepia. Lol... Actually, this is another digital conversion from a slide taken at a 1976 car show at the Main-Transit Fire Hall in Williamsville. (Turns out, from looking recently at another slide, this may have been an Antique Car Club of America event.) This one didn’t age nearly as well as others we’ve already shown you — what we believe to have been a Victoria White over Royal Glow paint job ended up looking more like bright magenta on the bottom half of the car, while the grass was a very sick-looking shade of green (see below), not to mention things are a little blurry. Thus the sepia tint. The Ninety-Eight was Olds’ big luxury nameplate back in the 1950s, just like it was in subsequent decades — only back then the styling was almost identical to the lower series 88 cars, but on a four-inch longer wheelbase at 126”. All cars, regardless of series, came equipped with the Rocket T-400 V8; and all except the Ninety-Eight still had a three-on-the-tree as standard equipment. 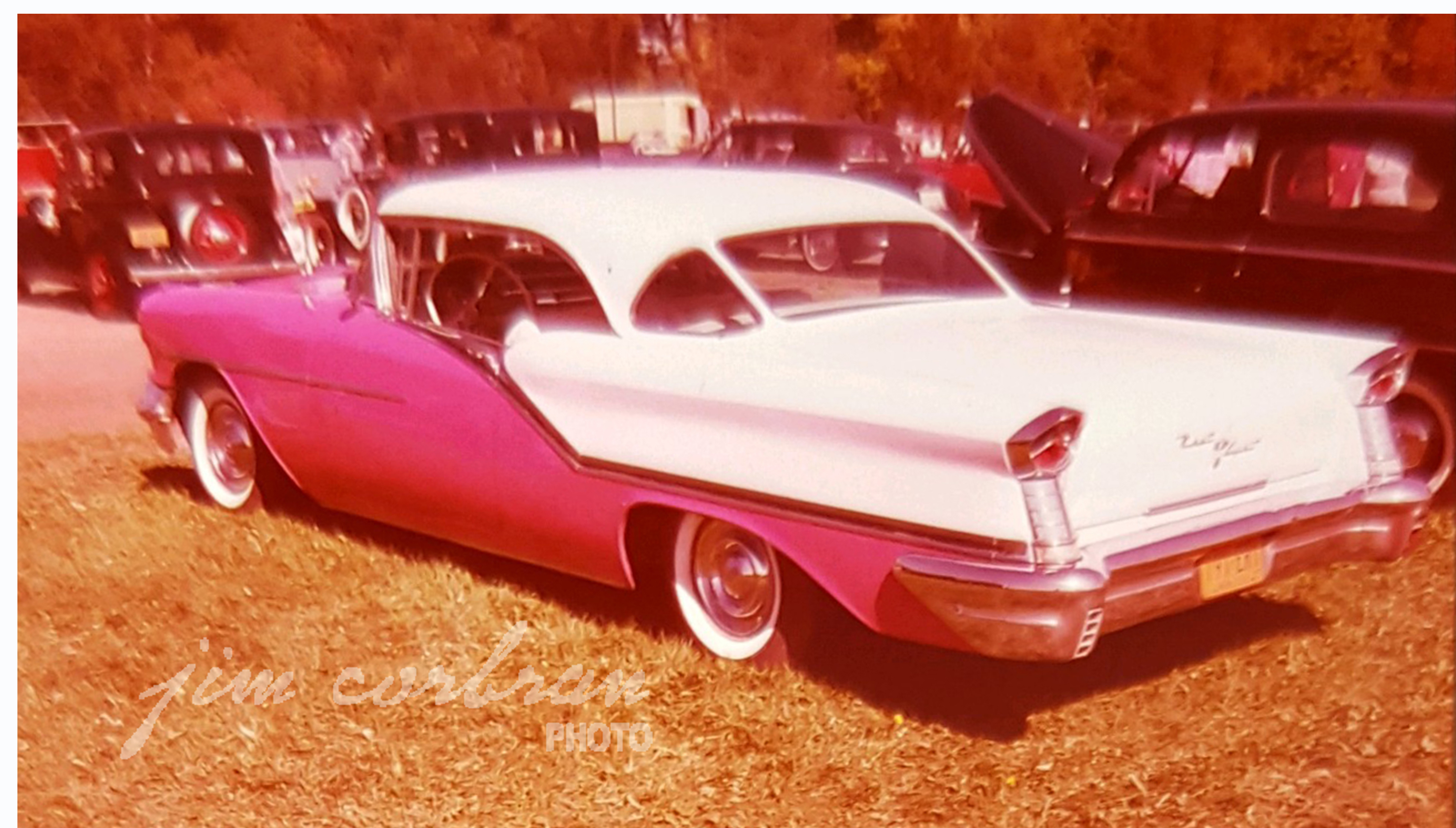