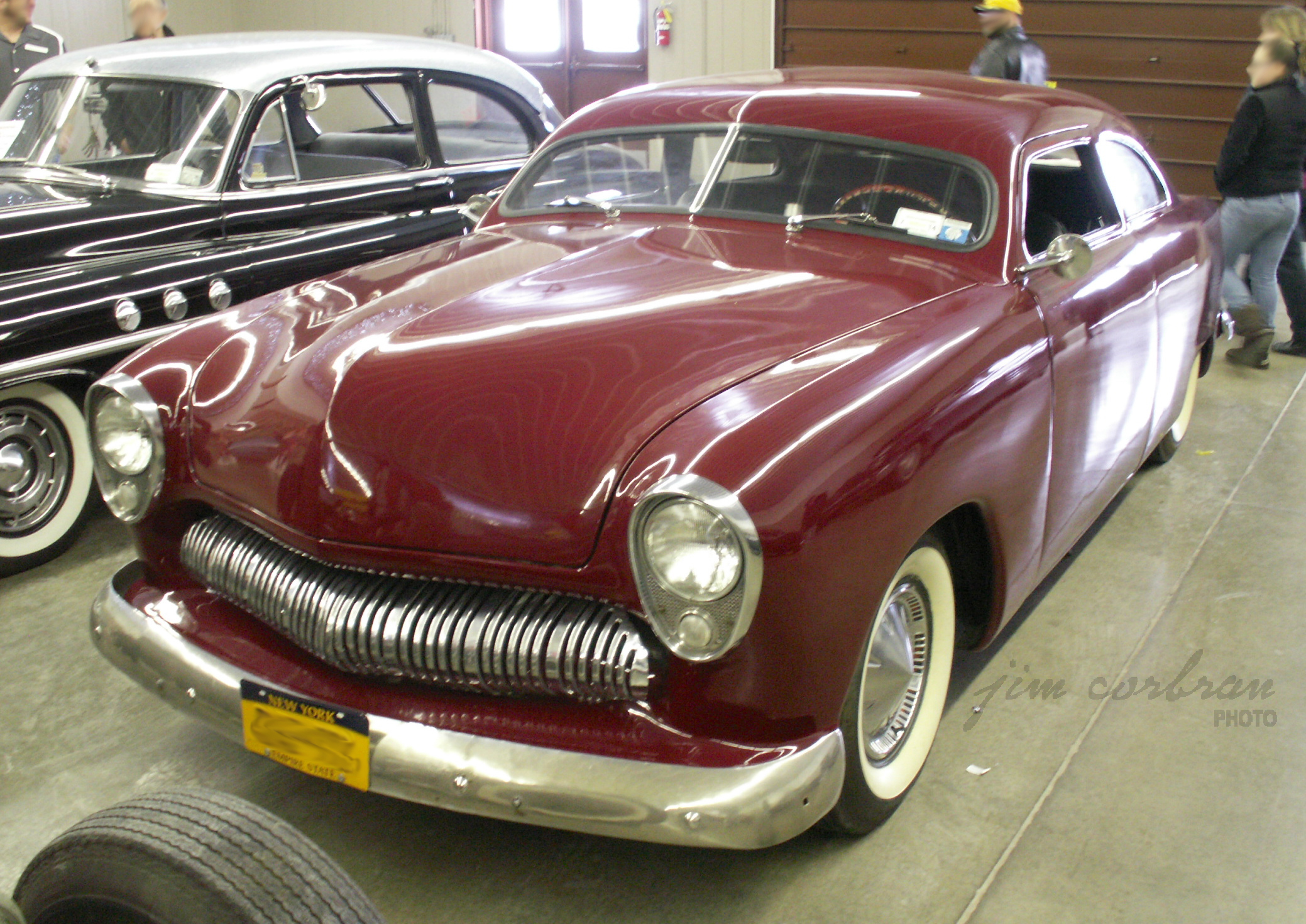 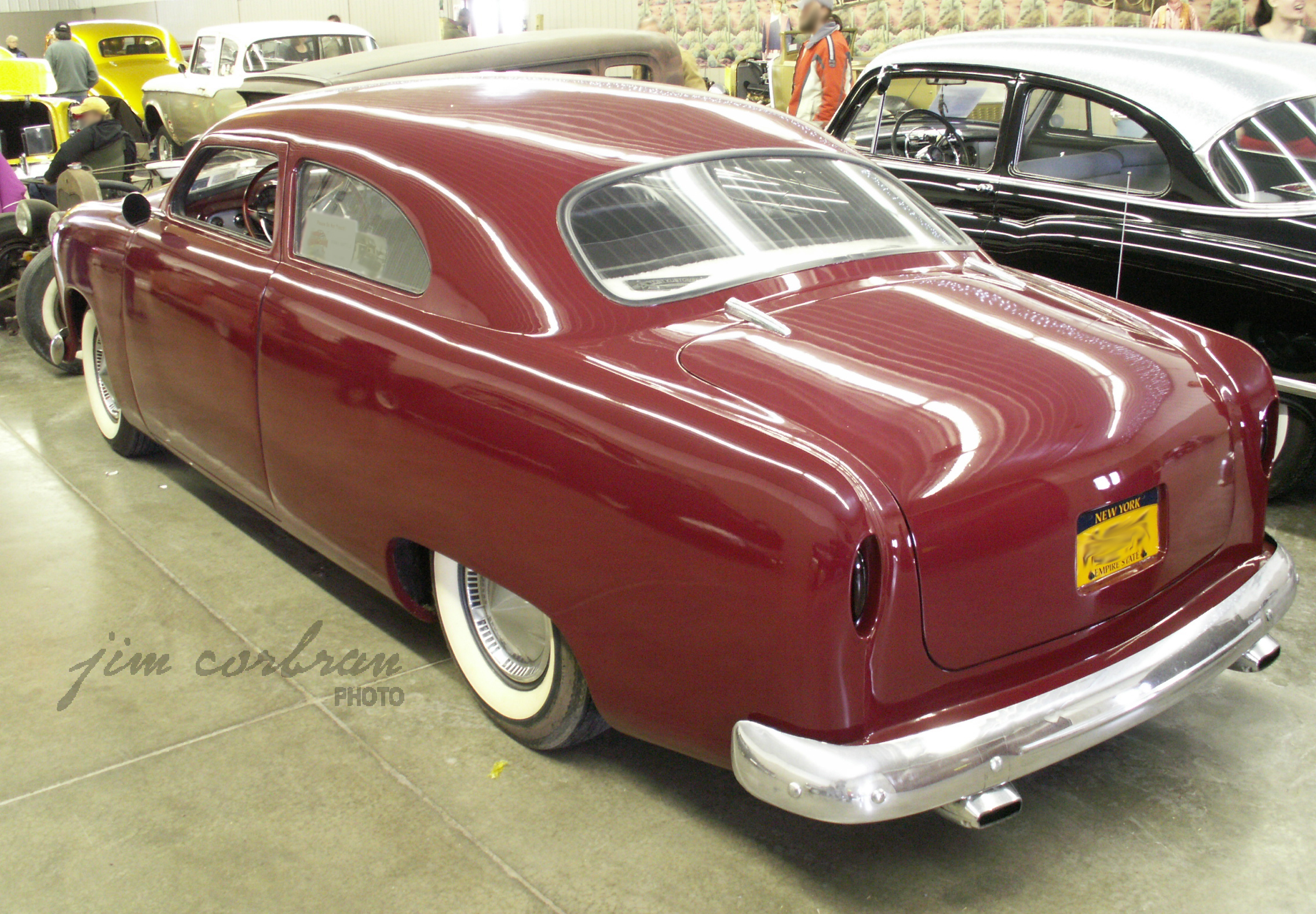 Shoebox Fords were one of the favorites of customizers back in the day. This 1950 Ford coupe has been given the treatment with (among other things) 1954 Buick headlights, 1950 Mercury grille sitting under a reshaped hood, 1957 Plymouth wheelcovers, frenched taillights (1951 Nash Rambler Airflyte?) set into revamped rear fenders, and a chopped top. Saw this one in 2014 in the Old S’Cool Room at the Cavalcade of Cars in Hamburg.