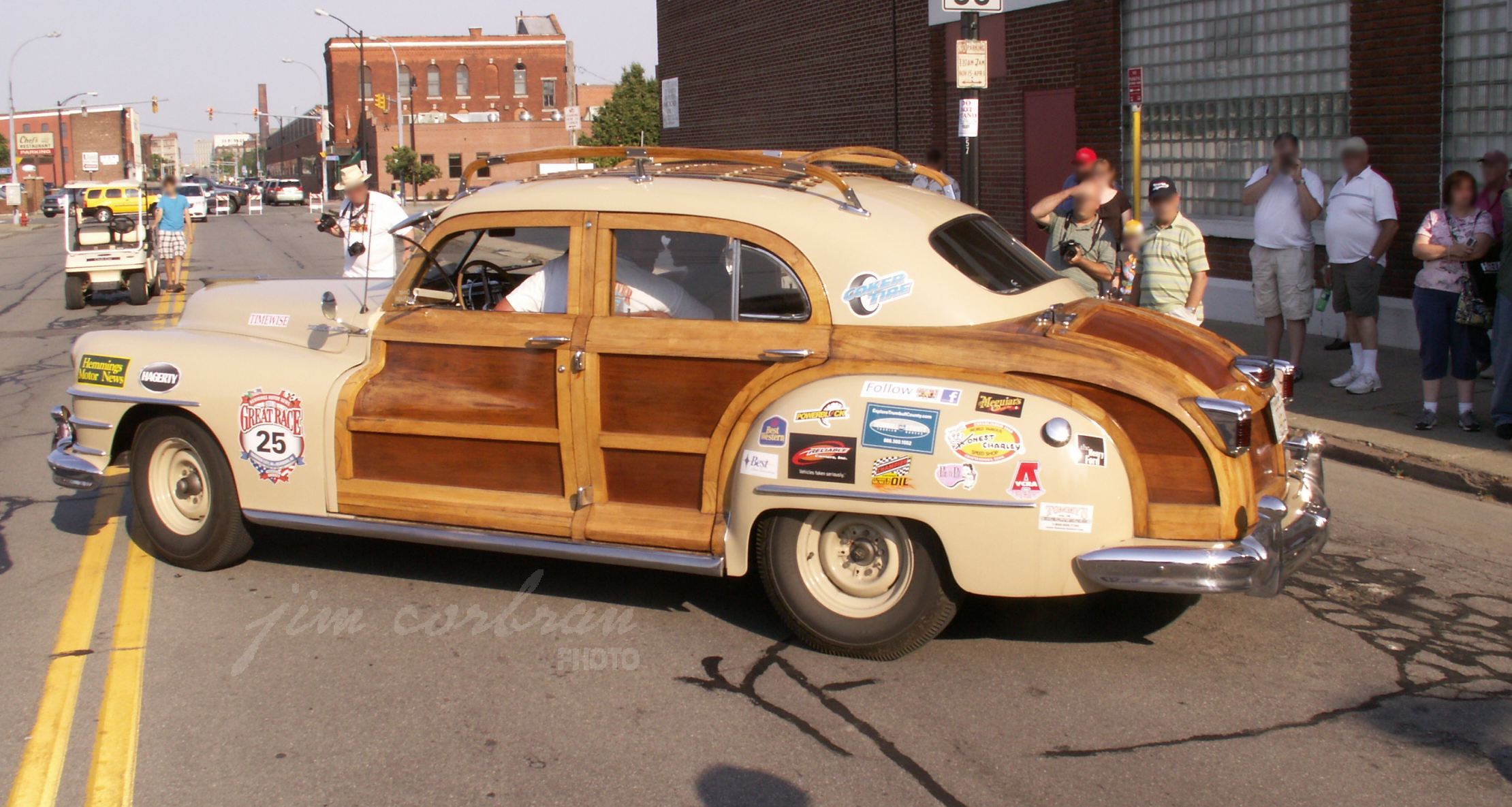 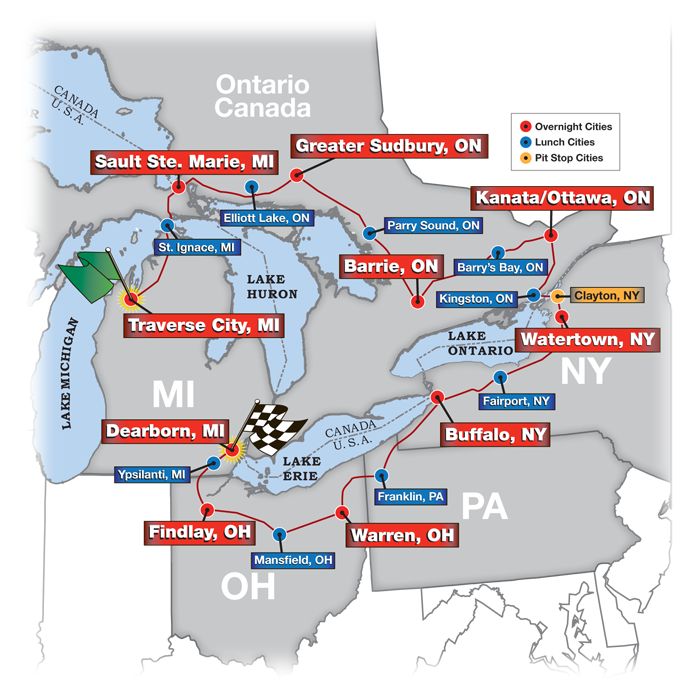 The Hemmings Motor News Great Race of 2012 made a stop in Buffalo. Entrants drove from a starting point in Traverse City, Michigan and headed north into Canada. They passed each of the Great Lakes on their way to Dearborn, Michigan after re-entering the U.S. in Kingston, New York. Today’s RealRide is one of two 1947 Chrysler Town & Country 4-door sedans to take part. This one was piloted by Team #25 — Alabama’s Jed Nagel and Karl Nagel, seen above docking their barge on Seneca Street. 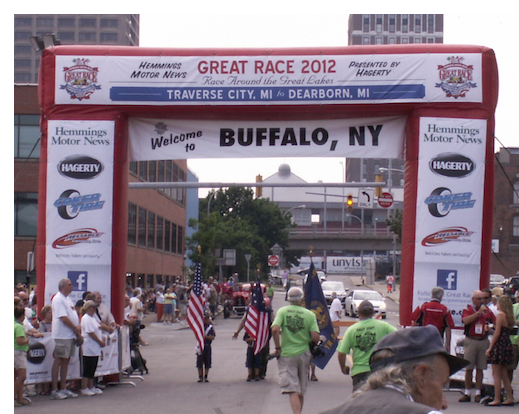