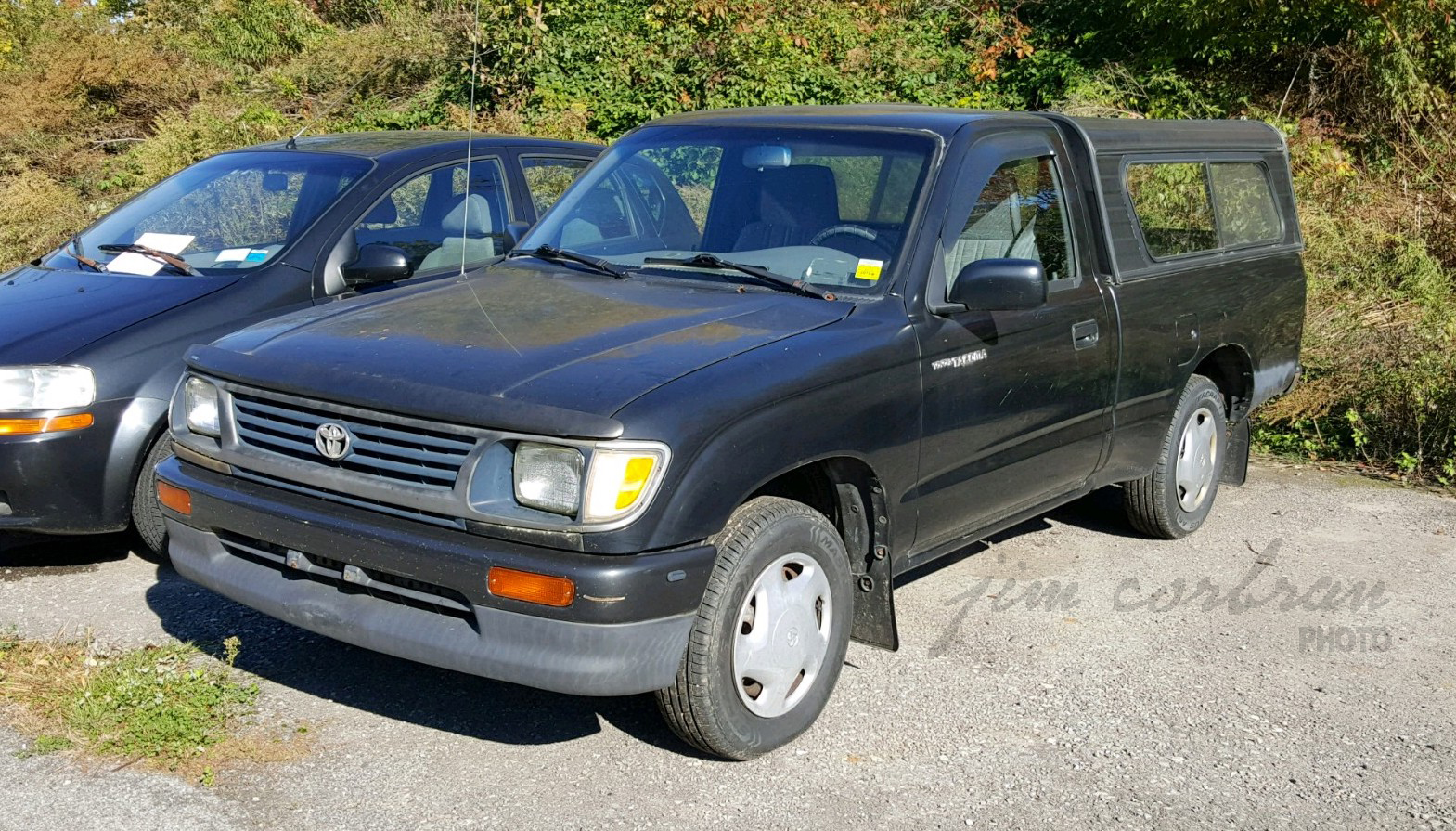 This little Toyota Tacoma, which we’re guessing is from 1996 or so, is one of a wave of compact pickups which reached the North American shores from Japan starting back in the 1960s. Those early Toyotas and Datsuns proved popular enough in the U.S. for American manufacturers to temporarily make deals to offer rebadged versions from Mazda (Ford Courier), Mitsubishi (Dodge Ram 50/Plymouth Arrow), and Isuzu (Chevrolet LUV) to their customer base. Over time, the Big Three developed their own compacts — Ford Ranger, Dodge Dakota, and Chevy Colorado, but the market dried up as the desire for bigger and bigger pickups eventually took over the market. Today, Ford has a new Ranger and Chevy a new Colorado, but to call them compacts would be a misnomer. They’re smaller than the big trucks, but, they’re still big compared to these old, real compacts. Saw this one last summer in Youngstown.