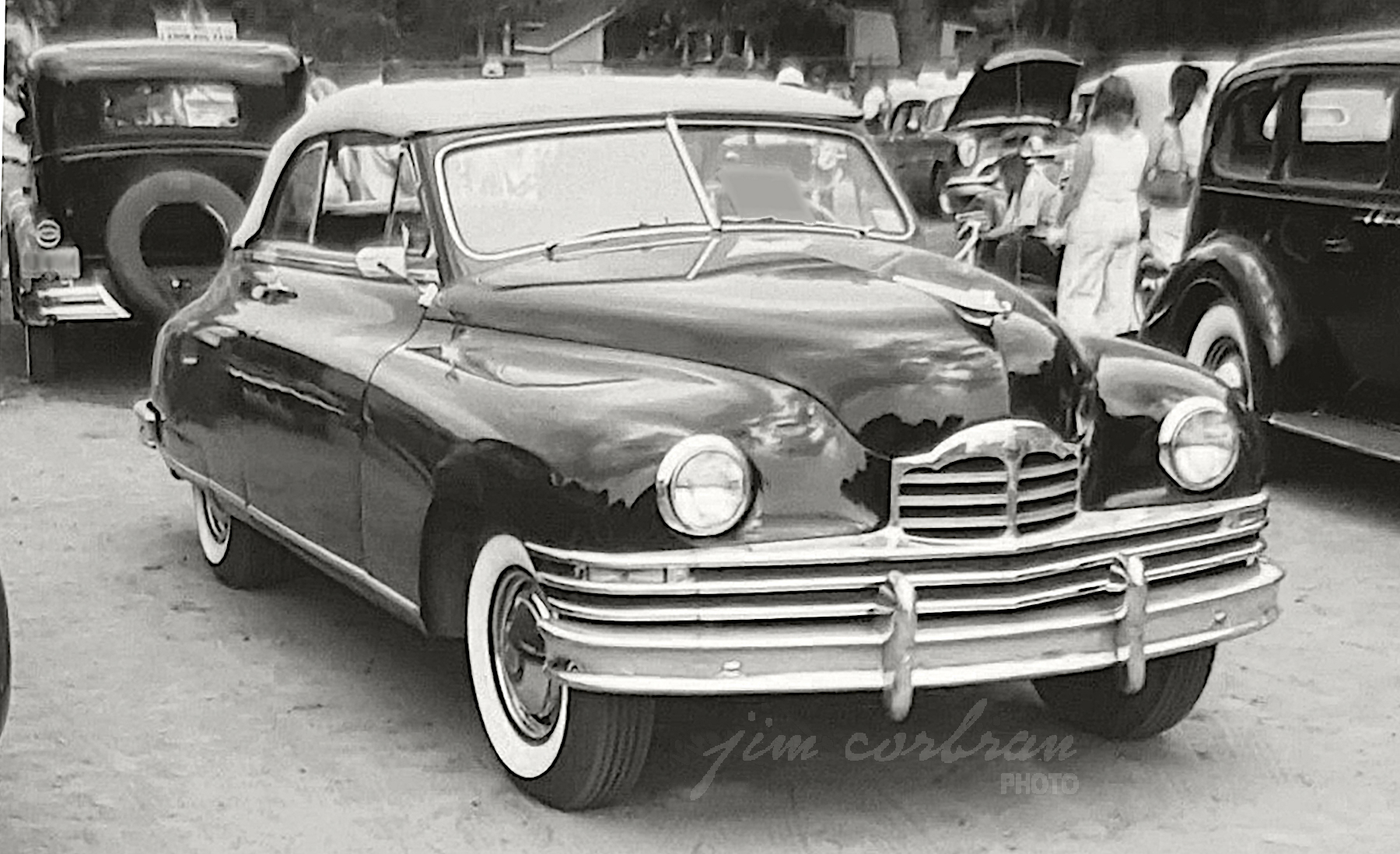 We came across this 1948 Packard Super Eight convertible back in 1976 at the AACA Car Show at the Main-Transit Fire Hall in Williamsville. In their advertising, Packard called it “The convertible of convertibles… a dream car come true!” Its features included a Prest-O-justment front seat… sleek new RoboTop… power window controls for front and rear side windows… a Console-Key instrument panel with Flite-Glo instruments… and Comfort-aire ventilation. Apparently Packard was big on giving out kitschy names for their cars’ features. If you needed more space, Packard also offered a Super Eight Deluxe Sedan (below) for seven passengers on a 141-inch wheelbase (compared to 127 inches for the other Super Eight models, and 120 for the lesser lines), as well as a formal limousine. 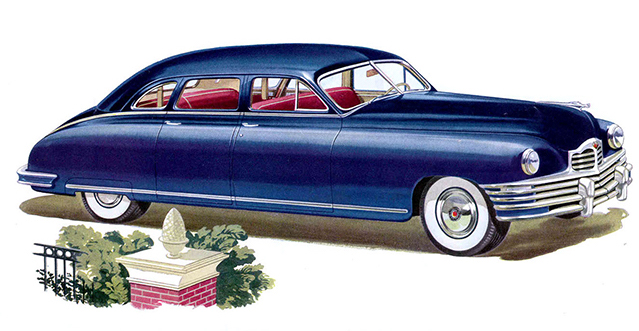