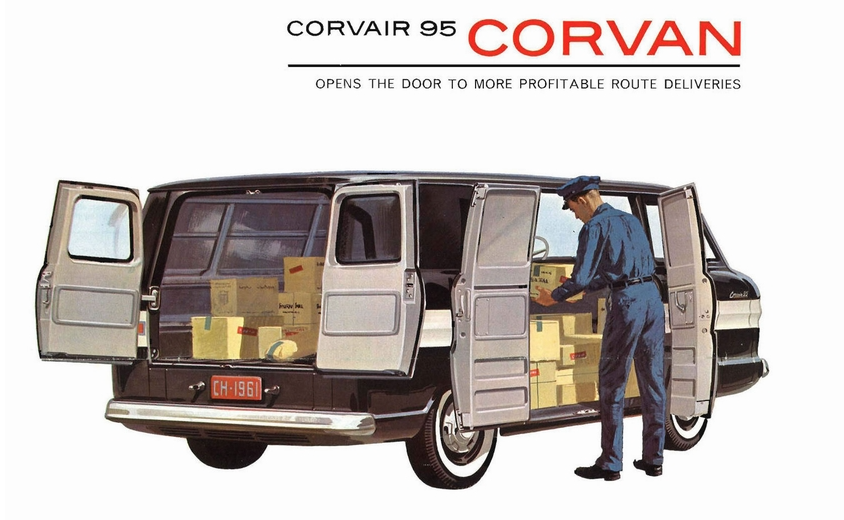 Although the 1961 Chevy Corvan 95 certainly had a colorful exterior palette available, I’m not so sure that the two-tone combination on this one, seen back in 2015 at the annual Buffalo History Museum car show, was offered by the factory. At the bottom of the page is a graphic of that year’s paint chips. You be the judge. Chevy put a positive spin on the fact that the engine was in the rear, under the floor, by telling us that the higher floor made for “convenient cargo handling.” The side door openings (and the center area of the floor) were only 14 inches from the ground, which indeed made for a huge interior space (with a four-and-a-half foot interior height). And in addition to the two right-side doors, you could add two left-side doors to facilitate handling your deliveries from both sides. 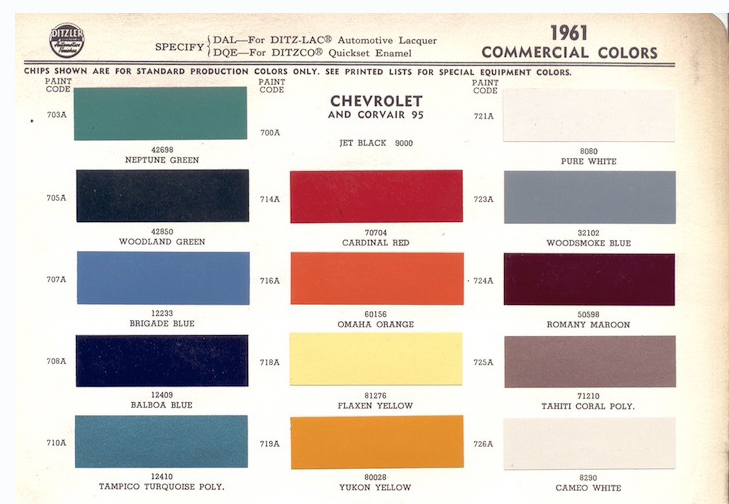