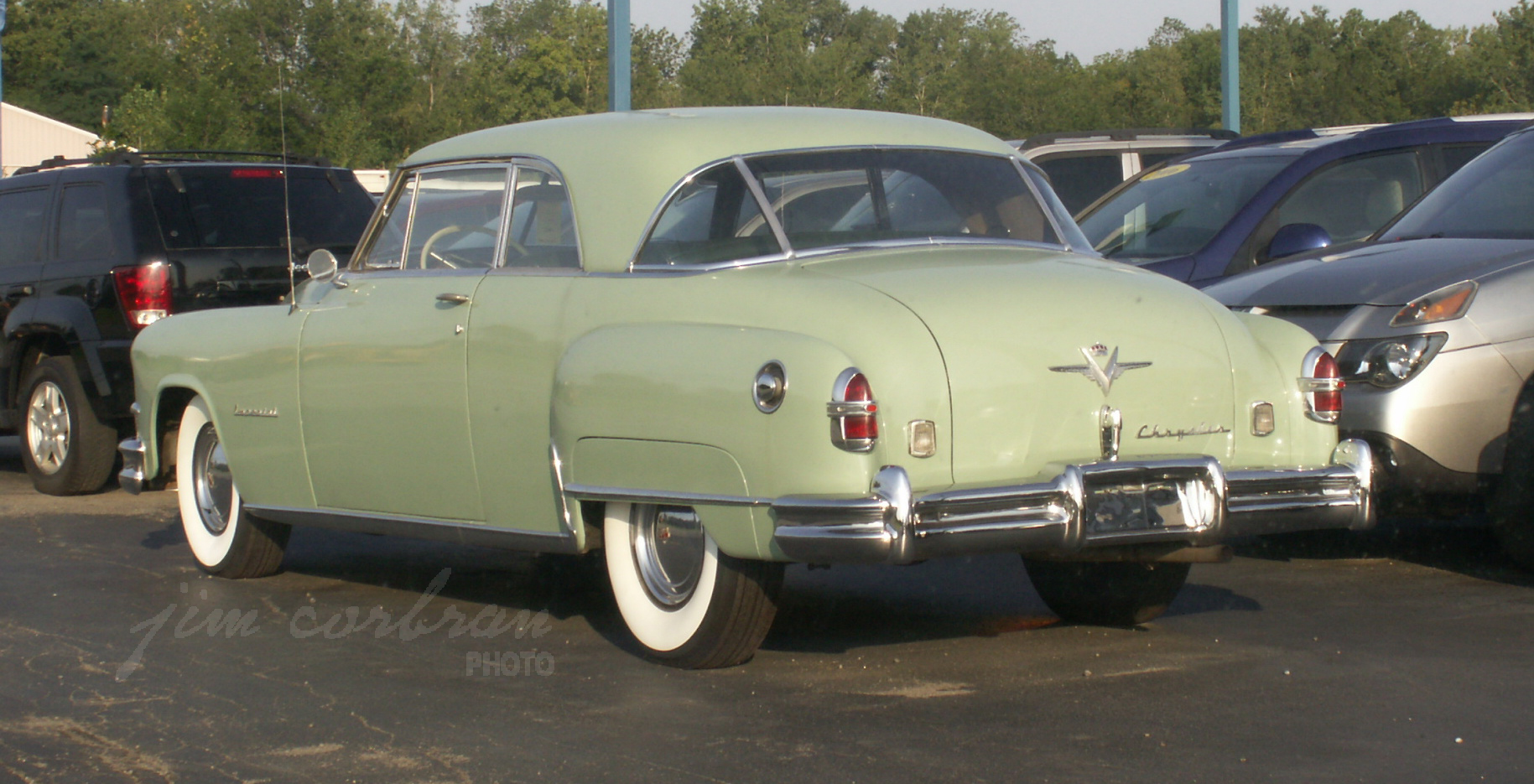 Came across an old SD card in what I thought was an empty camera bag I was about to give away, and on it was this photo from 2008 of a 1951 Chrysler Imperial Newport which I saw in an Irving used car lot. Back in ’51 the Imperial was still part of the Chrysler lineup, where it would remain until MY 1955 when it became a separate nameplate. The Windsor was the pillarless hardtop in the Chrysler lineup, which they told us had “…a stylish, well-bred look that [was] so unmistakably Chrysler… created especially for those who want open car freedom, with the safety of a steel top, and protection from the sun and wind.” For the record, Chrysler did offer an Imperial convertible (below) for those who threw caution to the wind. And the sun. 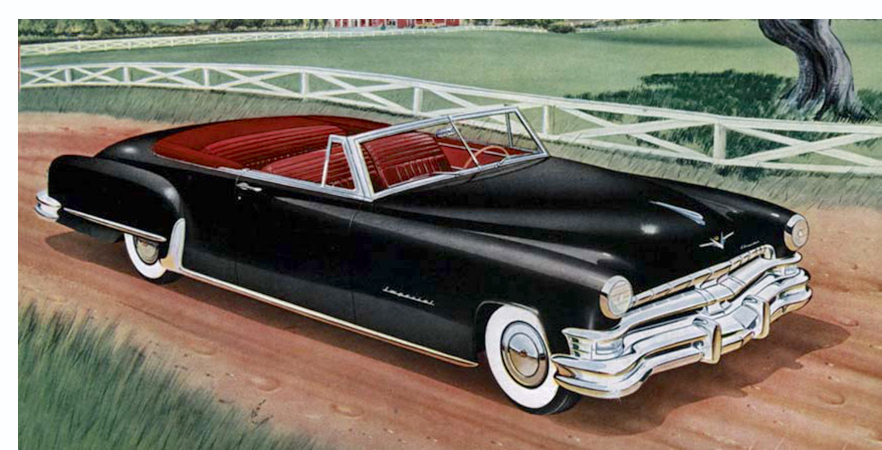