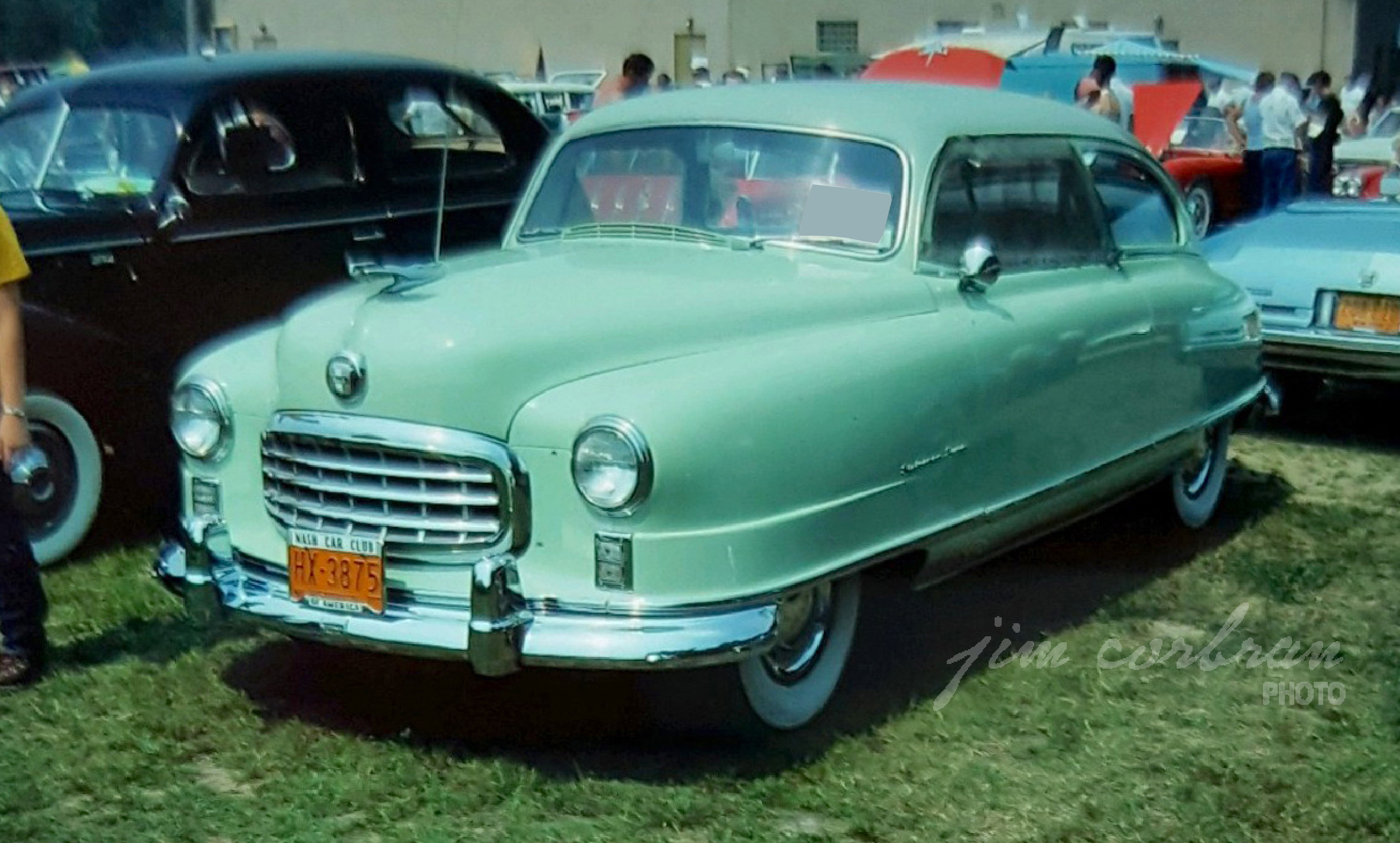 This Nile Green 1950 Nash Ambassador Super is another blast from the past, seen at the 1976 AACA Car Show at the Main-Transit Fire Co. in Williamsville. If you’re of a certain age, one of the first things you think of when you see one of these is the old Superman tv show, where they were used as police cars. Of course, almost everybody knows that these old Nashes had front seats which folded down into a bed (great drive-in car, I’m told), but what you don’t hear often is the Nash take on the usual glove compartment — it was actually a Dash Drawer (huge, they said) which Nash told us “…wouldn’t fly open and spill things out.” Nice. I wonder where this one is now. 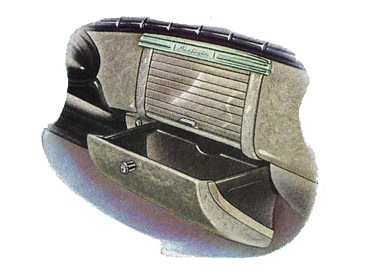