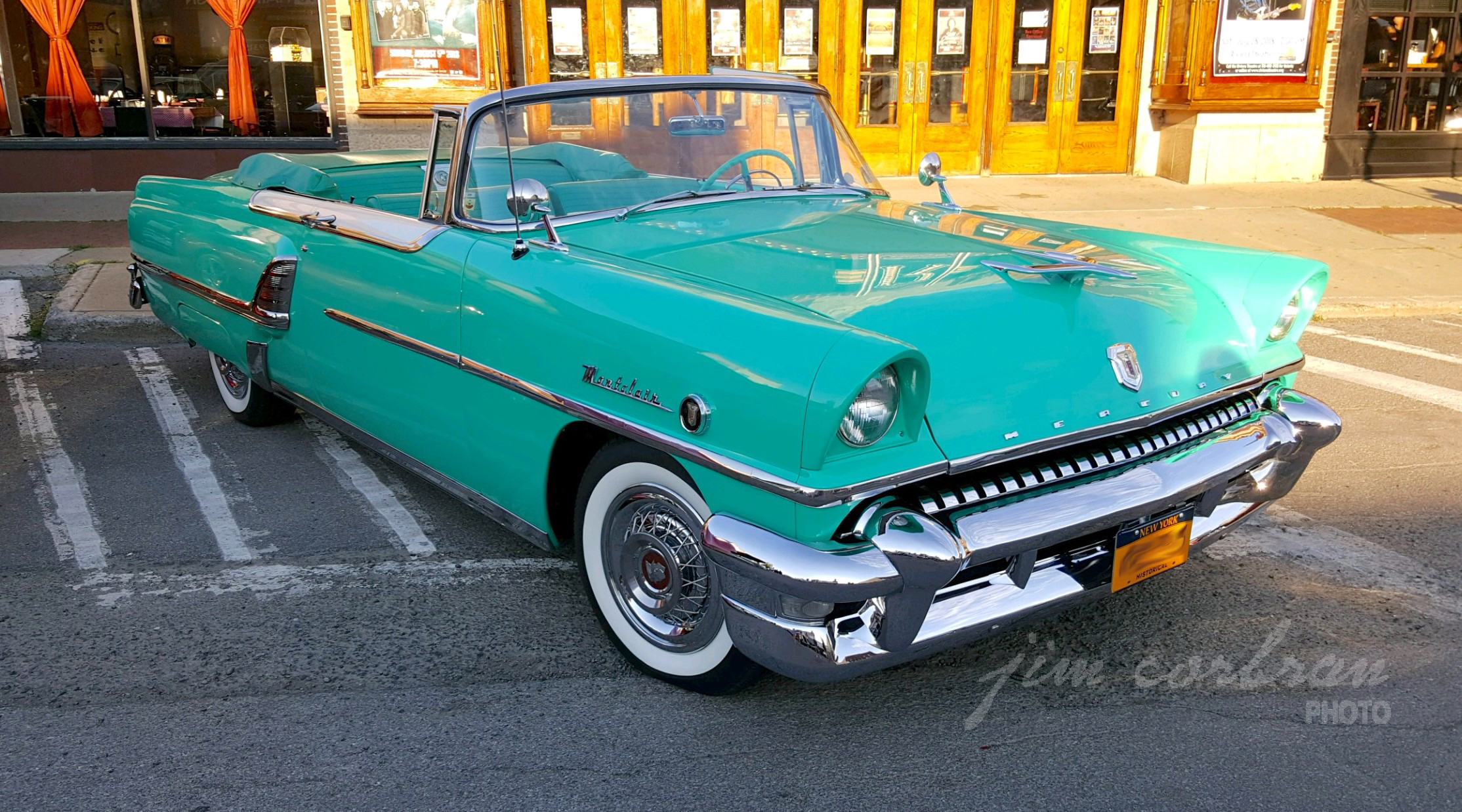 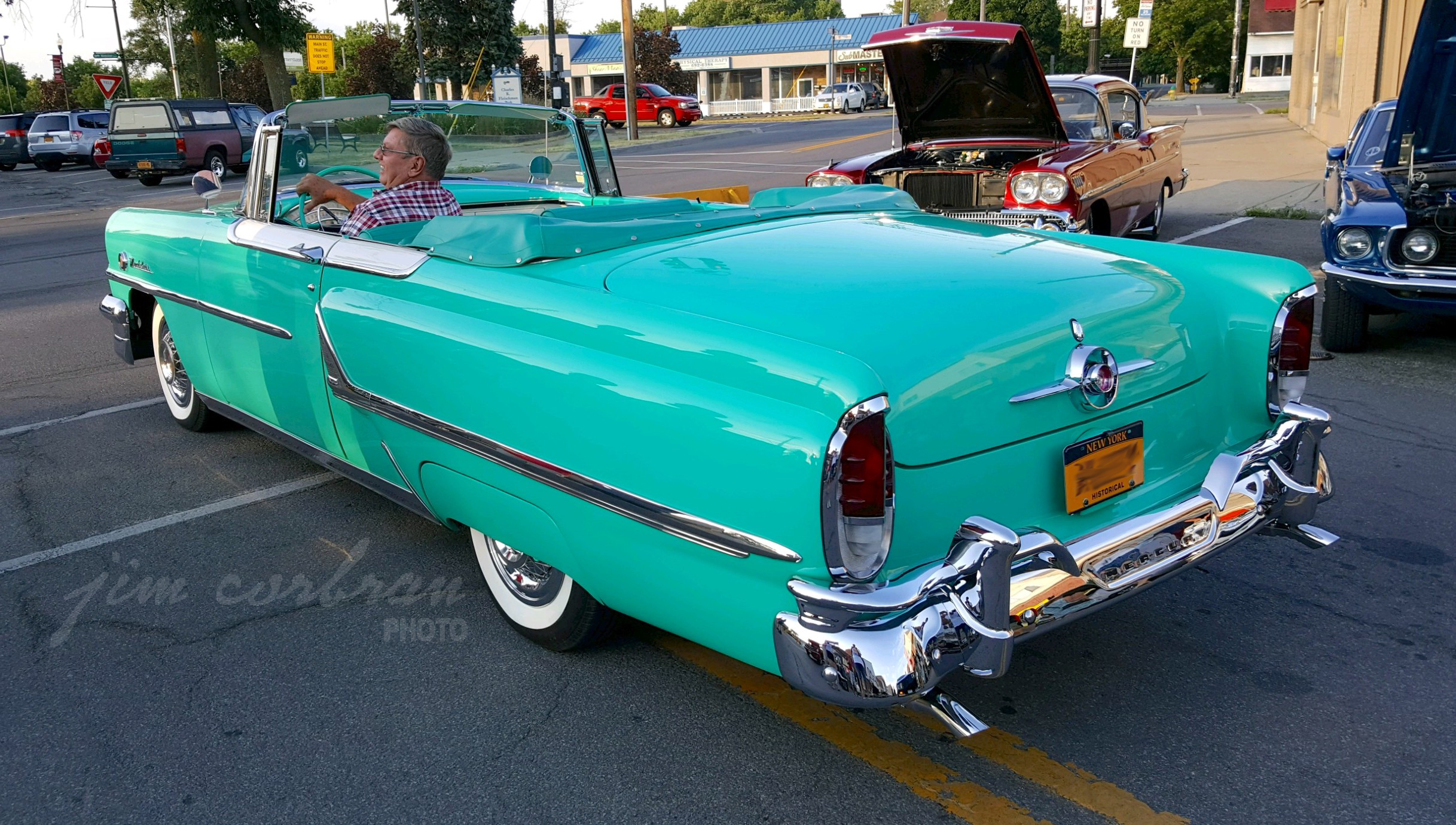 The 1955 Mercury Montclair was the only convertible available that year in the lineup of The Big M. Okay, so Mercury didn’t start using The Big M moniker in its advertising until 1956, but they were basically still the same cars. For 1955, Mercury produced 10,668 drop-tops, with a starting MSRP of $2,712, all equipped with Mercury’s 292cid V8. Okay, you got me again. It was actually Ford’s 292cid V8, but it wore Mercury valve covers in these cars. Other lines for 1955 were the base Custom series, which offered a two- and four-door sedan, four-door wagon, and a snazzy-looking two-door hardtop; and the Monterey which had the same lineup minus the two-door sedan. We saw this Springdale Green top-down RealRide back in July 2018 at a Monday Cruise Night on Webster Street in North Tonawanda.