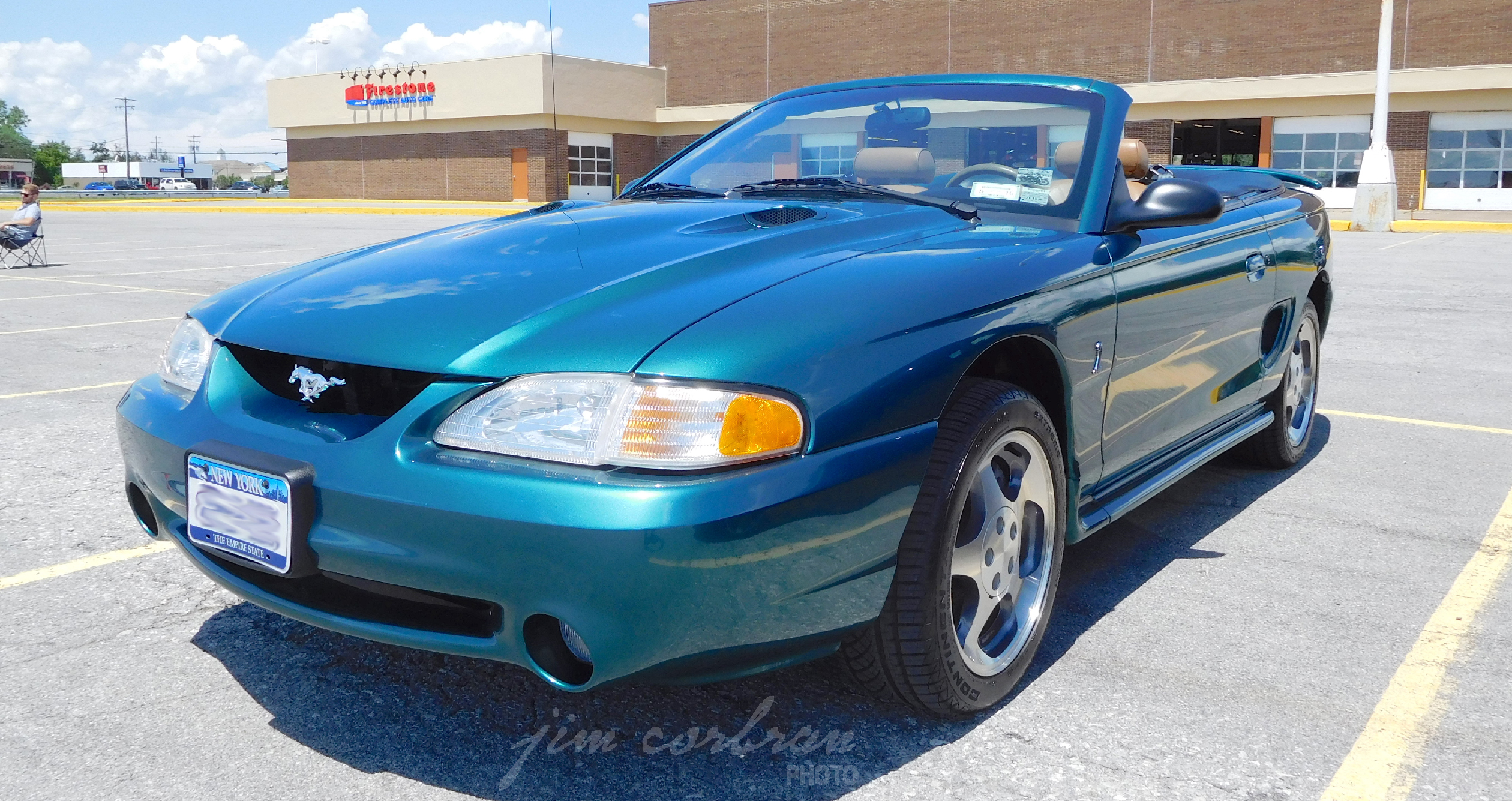 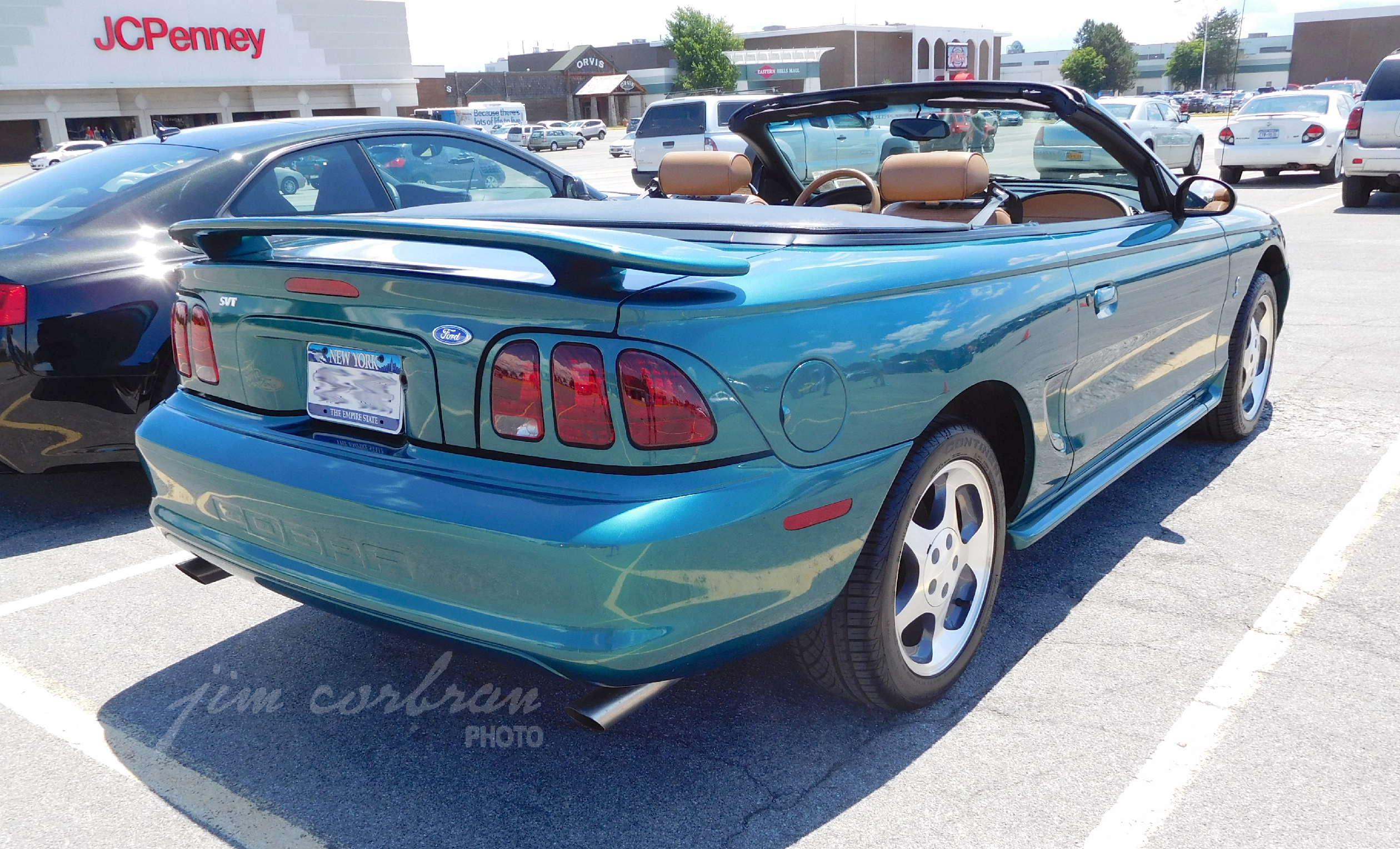 I’ll be the first to admit that I didn’t even notice that this Pacific Green convertible was an SVT Cobra (1997) until I got home and looked at the photos. Doh! I was drawn to it, in the spectators’ parking area of the 2017 All-Ford Show at the Eastern Hills Mall in Williamsville (or is it Clarence? That whole area is so confusing!) because it’s one of my all-time favorite car colors. We had a Geo Metro LSi back in the day of a similar hue (Woodland Green Metallic). The ’97 SVT (Special Vehicle Team) came with a 4.6L double overhead cam V8, and other than the prancing horse on the grill, the badging on the car identifies it as a Cobra rather than a Mustang. According to performanceford.com, a total of 3,961 1997 convertibles were produced — 1,055 of them in Pacific Green (the rarest of the four colors offered.)