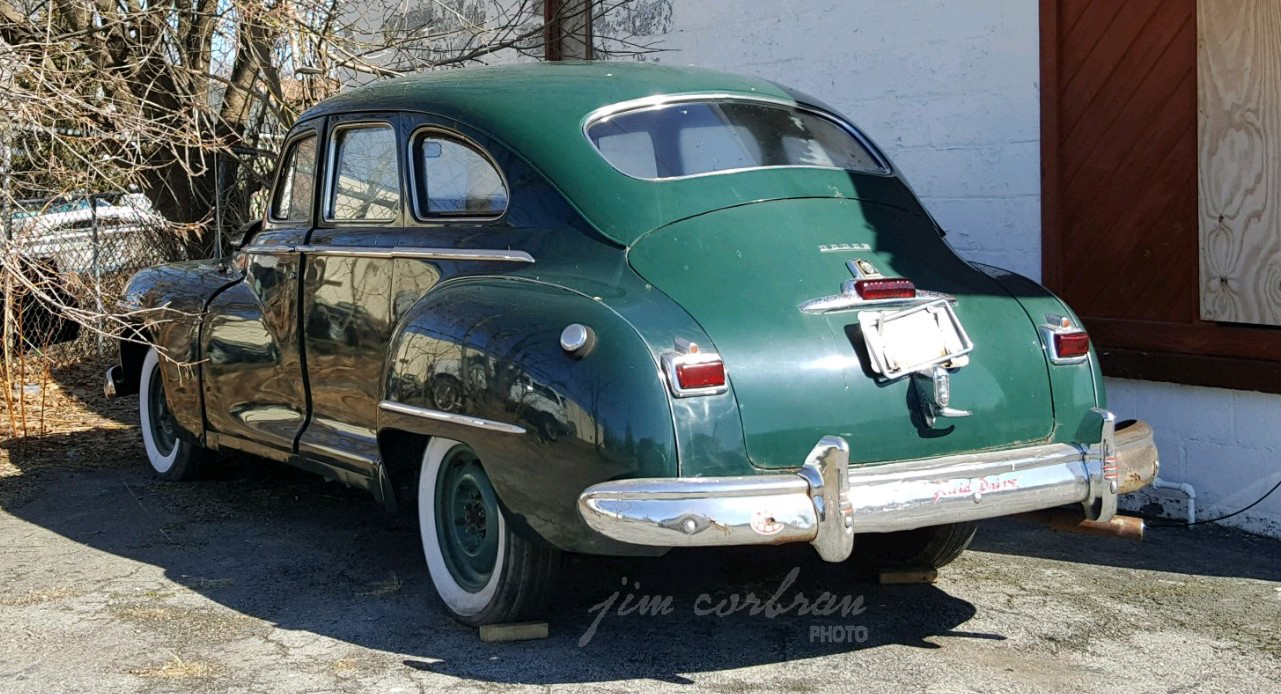 While trying to determine the model year of this Post-War Dodge, I turned to my trusty desk-mate — the Encyclopedia of American Cars [1930 to Today] which was published in 2006, so that “today” part is a little dated. Anyway, to me the 1946 through the first series '49 cars all look alike — and darned if the book doesn’t tell me they were, except for serial numbers. Dodge offered two series, the base Deluxe and the higher-priced Custom. Judging from the extra chrome on this one, I’m calling it a Custom. Saw it over the weekend in Niagara Falls. 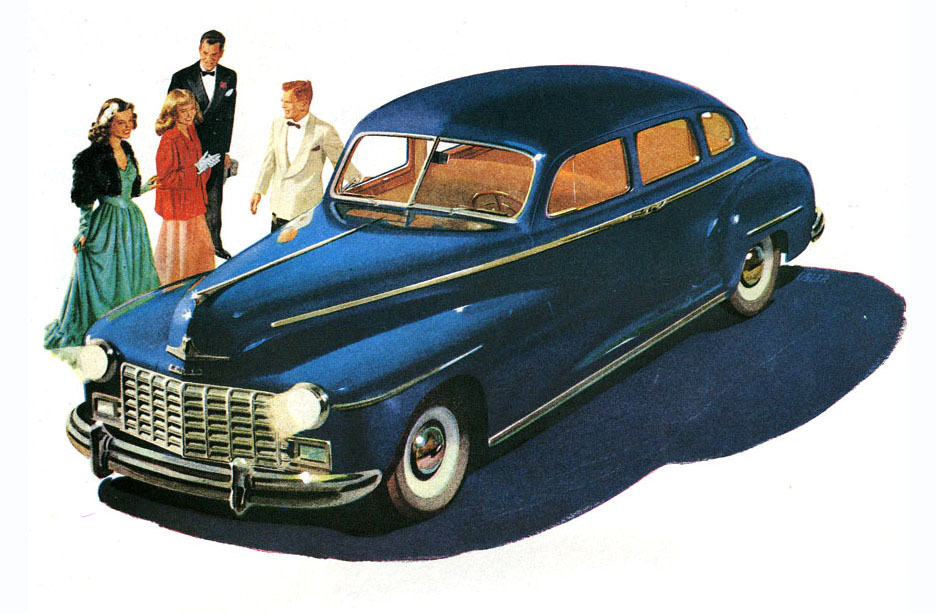