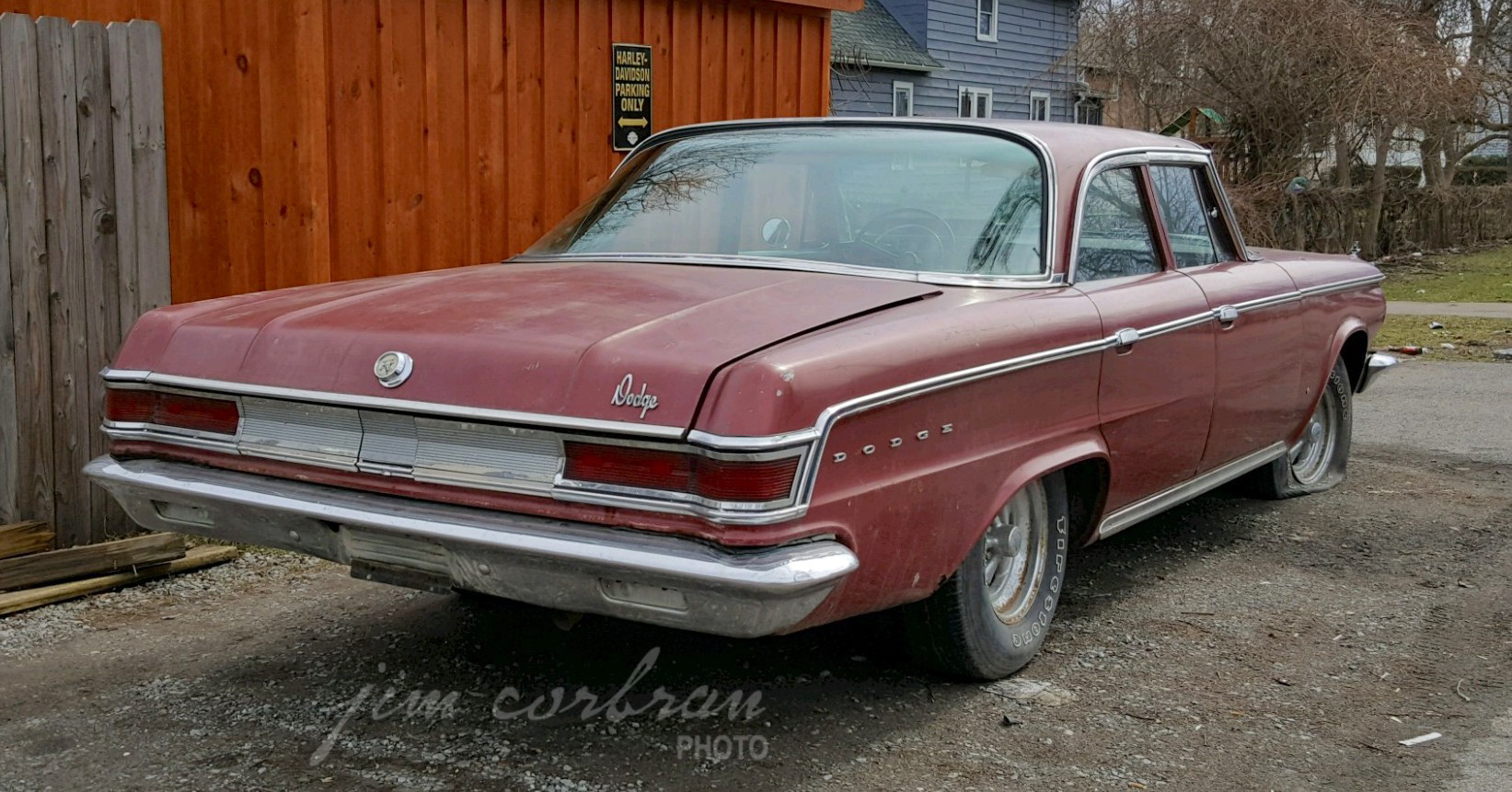 This 1964 Dodge 880 Custom existed to fill a hole in Dodge’s lineup created when Chrysler downsized its big Plymouth & Dodge lineups back in 1962. Although they seemed to like buying compacts, the public wasn’t ready yet for smaller big cars, and the Furys, Polaras, et al. didn’t sell well. Dodge dealers, who had no equivalent of the big Chrysler in their showrooms like Plymouth did, needed help fast. So the 880 was created by putting the front clip of a ’61 Dodge onto a ’62 Chrysler. By 1964 it evolved into the version you see on today’s RealRide, the final year for the 880, as all-new (larger) Plymouths and Dodge Polaras debuted for 1965. Saw this example, ignoring the Harley-only parking sign, last week in North Tonawanda.