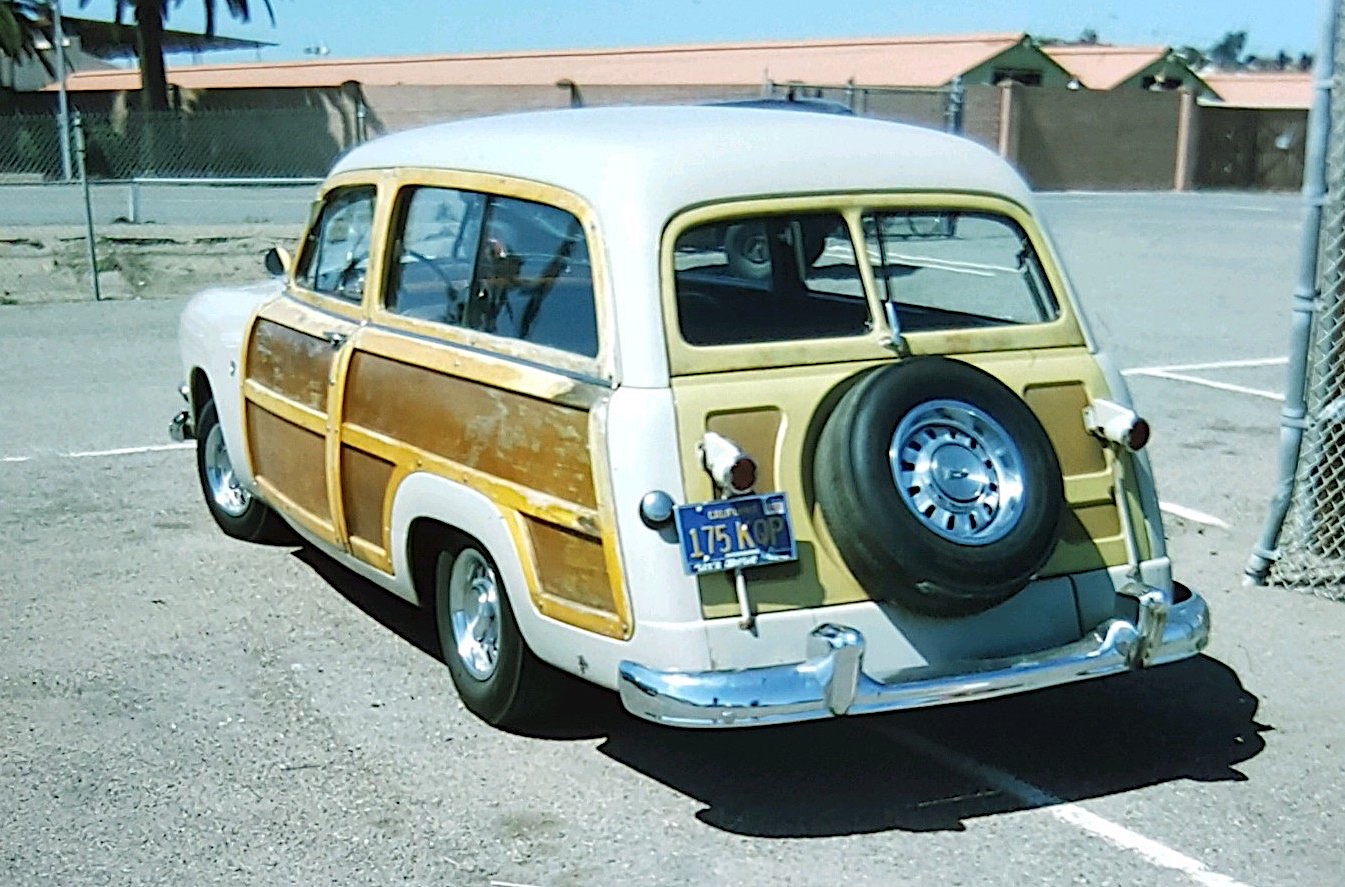 Reached back into the archives for this 1951 Ford Country Squire, which we saw at a 1975 car show on the San Diego Fairgrounds in Del Mar, California. The Country Squire moniker first appeared in advertising in the 1950 brochure. But Ford didn’t seem to be fully committed to the name as they called it the “Country Squire” in quotation marks. It finally lost the quotes with the all-new ’52 models. Meanwhile, back it 1951, Ford told us the “Country Squire” was a “Double-Duty Dandy,” to be used as a “…honey for Sunday’s calling or Monday’s hauling.” The third seat was removable, and the second seat folded into the floor for what Ford called a “’flat-decked’ utility vehicle with more level carrying area than any other station wagon in its class.” I wonder if this one’s still cruising around San Diego.